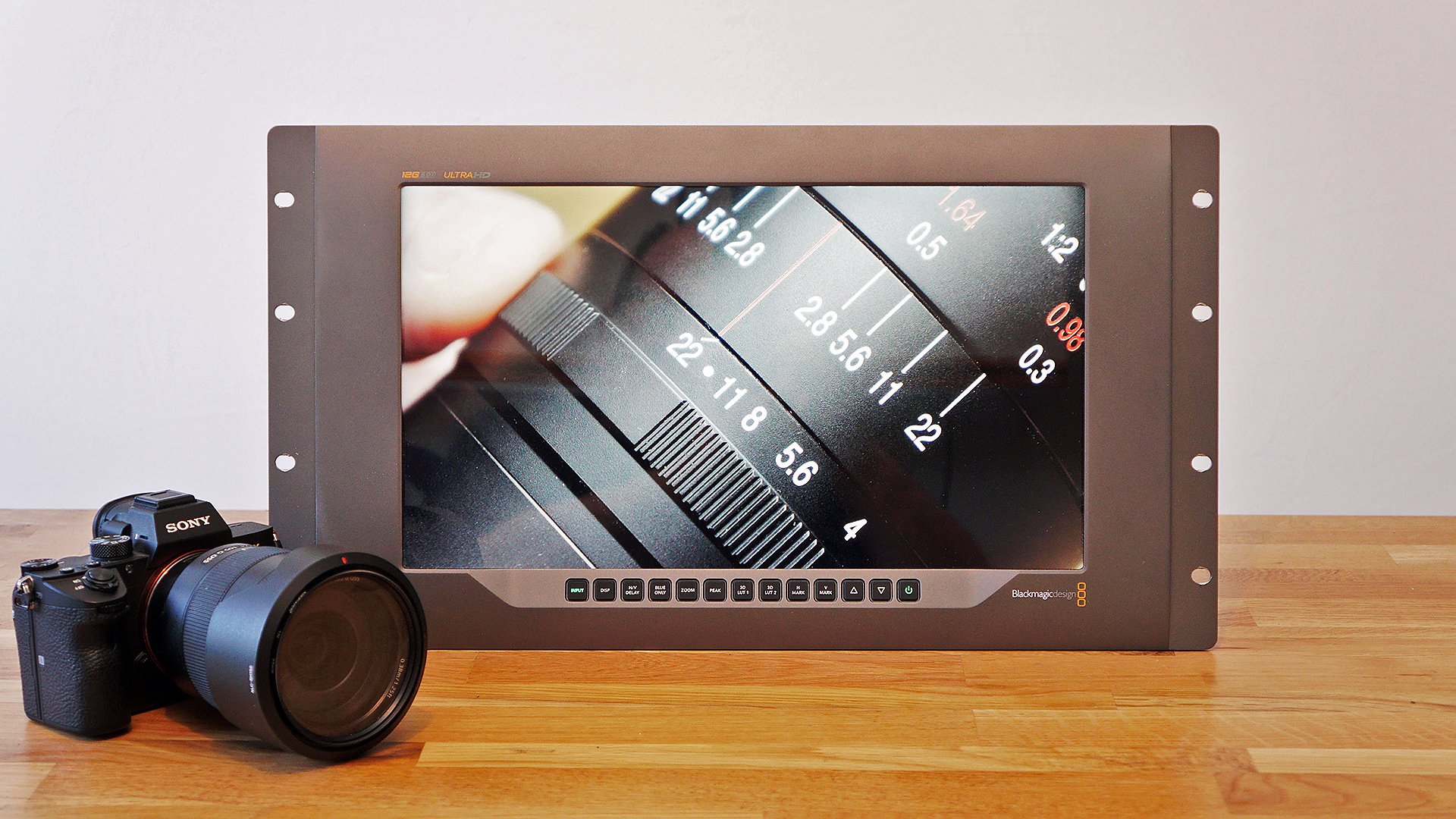 Review: Can the Blackmagic Design SmartView 4K serve as a small edit client monitor and also make sense for use with a camera?

First a bit of background, for some time I’ve been wondering about adding a 2nd monitor to my edit setup. Not, as you might think, a traditional twin monitor setup, but a small clean feed client monitor.

I have considered portable monitors but I would like something a little better and it looks like options for 15-17” screens are limited. I thought I’d investigate the Blackmagic SmartView 4K, the second generation of it’s 15.6” monitor (the previous one being HD). As usual Blackmagic Design products are competitively priced and this is no exception coming in £934 or US$995.

The first thing I noticed when pulling it from the box is just how well built it is, weighing in at 3.6kg. Heavy enough to feel sturdy but light enough to move around easily. The faceplate is aluminium with integrated mounting holes for rack use. It can also be used with a Vesa mount (100 x100mm), or even placed on a flat surface, although this will block some of the ventilation holes. It can also be powered via DC instead of AC if required.

When connecting sources you need to bear in mind that it doesn’t have an HDMI input for video so this meant using an HDMI to SDI convertor. Because the SmartView isn’t aimed at the prosumer market I can understand why this connection has been left off, although it might be nice to have for any future iteration. As this monitor accepts a wide range of inputs there were no issues displaying the output from my PC, or even my Sony A7III. It locks on to just about everything from SD to UHD at various frame rates, and with support for 4:2:2 and 4:4:4 sampling. The picture is bright and sharp, although it wasn’t without some other issues, which I’ll come on to later. 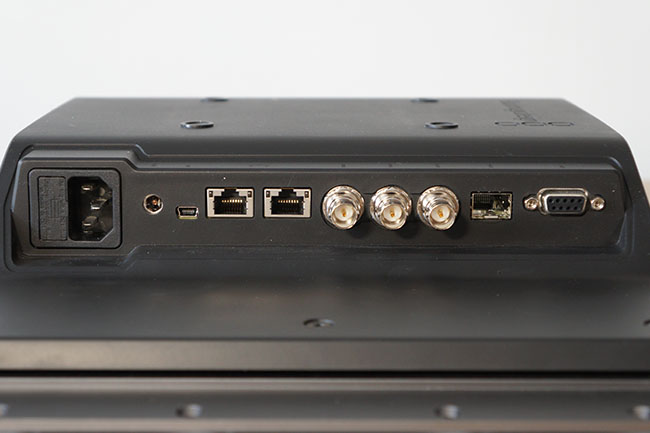 What’s quite surprising is how easy it is to use, there’s no complicated menu system. In fact there’s no menu system at all. The only options available are via the physical controls. There are 13 buttons which house backlights to indicate status. These give shortcuts to two different user assignable LUTs as well as vertical and horizontal frame guides which can be adjusted and saved on the fly without having to hook up a computer. The usual blue only and HV delay options are also available on dedicated buttons. Additionally it gives you a zoom button, one that turns on on the built in peaking, and another to directly access the brightness control.

Given that this is neither a traditional production nor broadcast monitor the omission of a complex menu system could be seen as a benefit, although it did have me wondering if the software allowed additional comprehensive setup options. After downloading the latest version and connecting the monitor through USB (ethernet is also an option) the setup software recognised that there was a monitor attached and I delved into the setup options.

Well...there weren’t many, apart from network settings and the ability to rename the monitor. There was only the ability to identify visually which screen you were connected to (using a white border), change the brightness, select the aspect ratio for SD content, and the ability to upload two different 3D LUTS (via Ethernet only).

After using this for a couple of days a couple of things stand out. Firstly the screen has a very glossy finish and this causes lots of reflections. Given the form factor it’s probably not going to be used outdoors much but it would need a hood of some kind. The SmartView 4K is designed to be viewed head on, as there is quite a lot of variation in brightness level if it’s viewed from above or below. It also contains a cooling fan which is not loud but might prove problematic close to mics whilst recording.

Ideally I would have liked some additional setup options. For example I would have liked the ability to adjust the peaking in terms of colour as the standard is green, switchable between high and low intensity. This works better in my case as a small 2nd screen PC monitor than one for my camera, as it’s also missing a histogram and false colour exposure display.

All these are only small issues though and given the fact that I’m looking to use this monitor for a different use case than was intended for it I can learn to work with them.

With a couple of adjustments to software and the connections offered, a production version monitor of this would be very tempting.