Binaural sound has created one of the most immersive theatre experiences 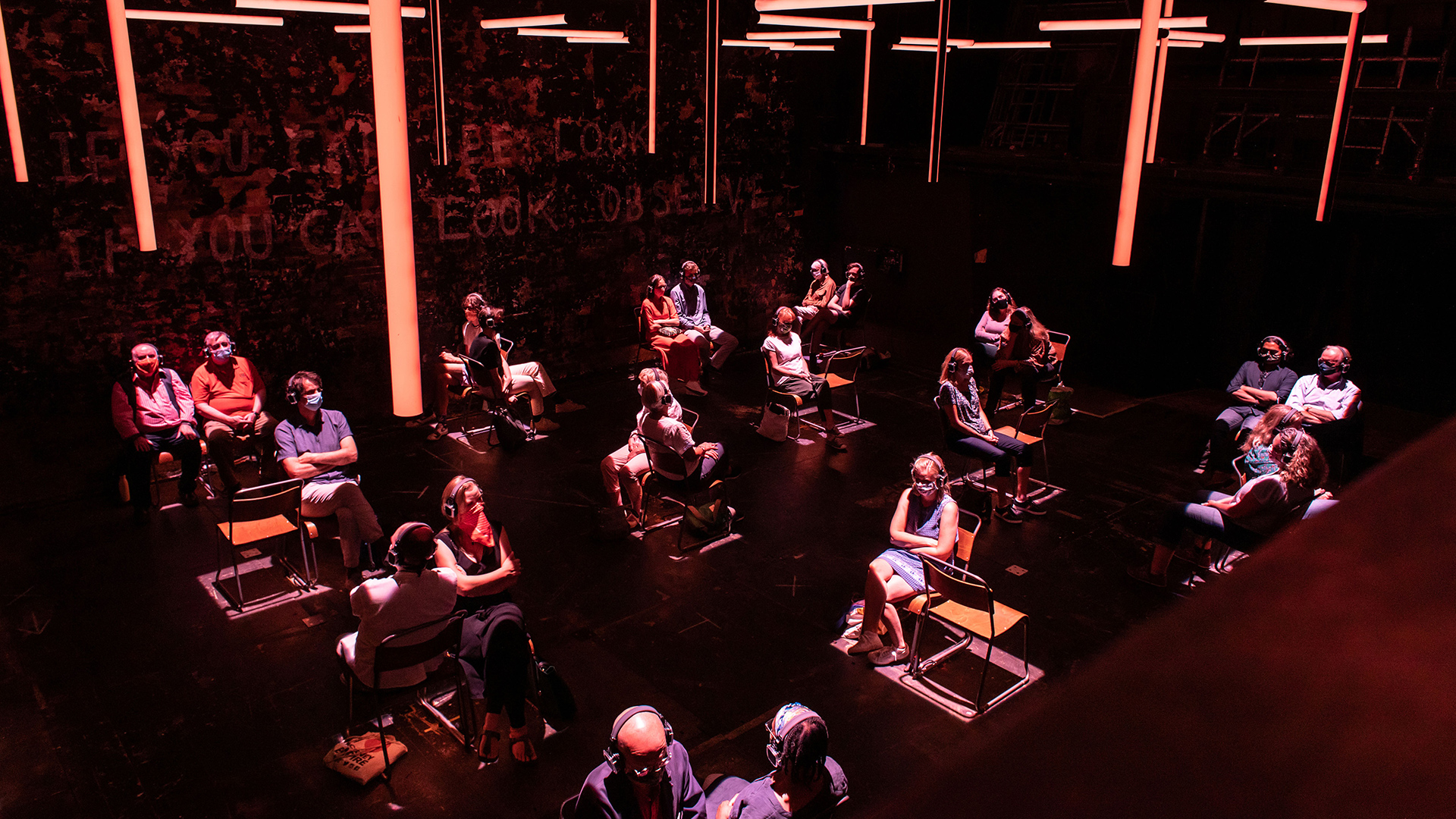 Binaural sound has been around a long time. But, as Kevin Hilton reports, it still has a lot to offer VR and TV production, after success in a socially distanced West End theatre production, Blindness.

In the search for an immersive audio format to work with 4k (and above) visuals, broadcasters, developers and standards bodies have assessed several technologies to find one that will genuinely envelope viewers in the action. Object-based audio (OBA) is a relatively recent development and two such systems, Dolby Atmos and MPEG-H 3D Audio, are included in the DVB Ultra HD specification.

These come under the general heading of Next Generation Audio (NGA) and are generally regarded as the way ahead for immersive entertainment. Despite this, two earlier spatial systems - Ambisonics and binaural - have come back into favour and are being used for a variety of projects, including virtual/augmented and mixed reality.

Binaural's roots go back to the late 19th century, when Alexander Graham Bell noted the "stereophonic phenomena of binaural audition". Like Ambisonics, binaural is able to record and recreate all the positional audio information in an environment. This is done using a dummy head with microphones fitted in the ears. The idea is that the listener hears what the dummy head 'hears'. Despite accurate reproduction, binaural playback is restricted to headphones, with a further drawback, particularly for VR, being the audio 'picture' not following if listeners move their heads.

The BBC has experimented extensively with binaural in recent years, including the VR animation The Turning Forrest in 2016, the following year's Doctor Who TV episode Knock Knock and the recent episode of Casualty revolving around a deaf character. Right now it is to the fore in a production at the Donmar Warehouse in London, which, like many theatres and other venues, has been looking for ways to get audiences back enjoying live performances while at the same time following social distancing and health guidelines.

The Donmar had been planning to adapt Portuguese novelist José Saramago's 1995 book Blindness, in which people unaccountably lose their sight and are interned by the government, for the stage. When the coronavirus pandemic hit, director Walter Meierjohann proposed stripping the story down to a monologue. Playwright Simon Stephens reworked the adaptation as an hour-long sound installation based round the voice of actor Juliet Stevenson, who plays both The Storyteller and The Doctor's Wife (the main protagonist of the novel). With audio carrying the bulk of the production, other than some lighting sequences, sound designer/composer brothers Max and Ben Ringham were brought in to create aural 'sets'.

"I think the Donmar contacted us because we already had a connection with them and have a background in producing headphone shows," explains Max Ringham. "They had decided before we came on board that there would be some headphone element. The play has three parts and the second part is the most immersive in feel and presentation. We felt headphones and binaural worked best for that, which led to a conversation about how we could put headphones on people at different points through the show."

It was realised early on, Ringham says, that this would be "very clunky". This led to the show being fully headphones-based all the way through. As well as technical considerations, such as how to ensure the headphone volume would not be overpowering, there were overriding Covid-related health and safety measures.

"We had a discussion about headphones in this time of Covid because they touch an intimate part of your body, your ears," Ringham comments. "It would be difficult to put headphones on people during the show, so there is an entire procedure involving two sets of headphones. They are cleaned between performances and then placed on the seats by a member of theatre staff wearing gloves." The headphones selected are part of a wireless consumer system usually used for silent discos.

In creating the binaural sound image, Ringham says the primary element was Juliet Stevenson's performance. "You hear her voice and the different sounds, which makes for two layers of what the audience experiences," he observes. The play/sound installation is made up of three parts, each of which conveys a different world. The first part takes place in almost complete darkness, with minimal lighting. "The sound is quite flat and Juliet is in front [of the audience] delivering the lines, which works very well."

For the second part, the decision was taken that the monologue would be much more immersive to put the audience closer to what they were hearing. "Juliet Stevenson performs one side of a conversation and the audience imagines the other side of it," Ringham says. "We wanted them to be in the room with her, which is why we worked with the binaural head."

The dummy head was positioned at one point in a room and the performance happened around it. "The creative team listened on headphones and we blocked out the entire show as we were recording," Ringham says. "There was a large amount of editing and scoring on that part. Essentially we scrolled through with sound and moments of music. There is a throbbing soundtrack woven into the performance, particularly in Part 2, which is where most of the sound happens. On Part 3 we pulled back a bit more. We did what we could to optimise the mixes of each scene for the headphones."

Recording began at an initial recording session over two days, followed by a further two days to add or work on some elements. "I think we were a little hopeful in how quick we could do it,". Ringham admits. "But the entire turnaround was incredibly quick." All tracks, including music composed by Max and Ben, was recorded and then mixed in Logic. The completed soundscape was played out from a Mac in the Donmar running QLab audio, video and lighting control software.

Newspaper reviews were been positive, with many mentioning the sound design. The Observer critic wrote: "Ben and Max Ringham's soundscape brilliantly conjures up spaciousness, movement and intimacy."