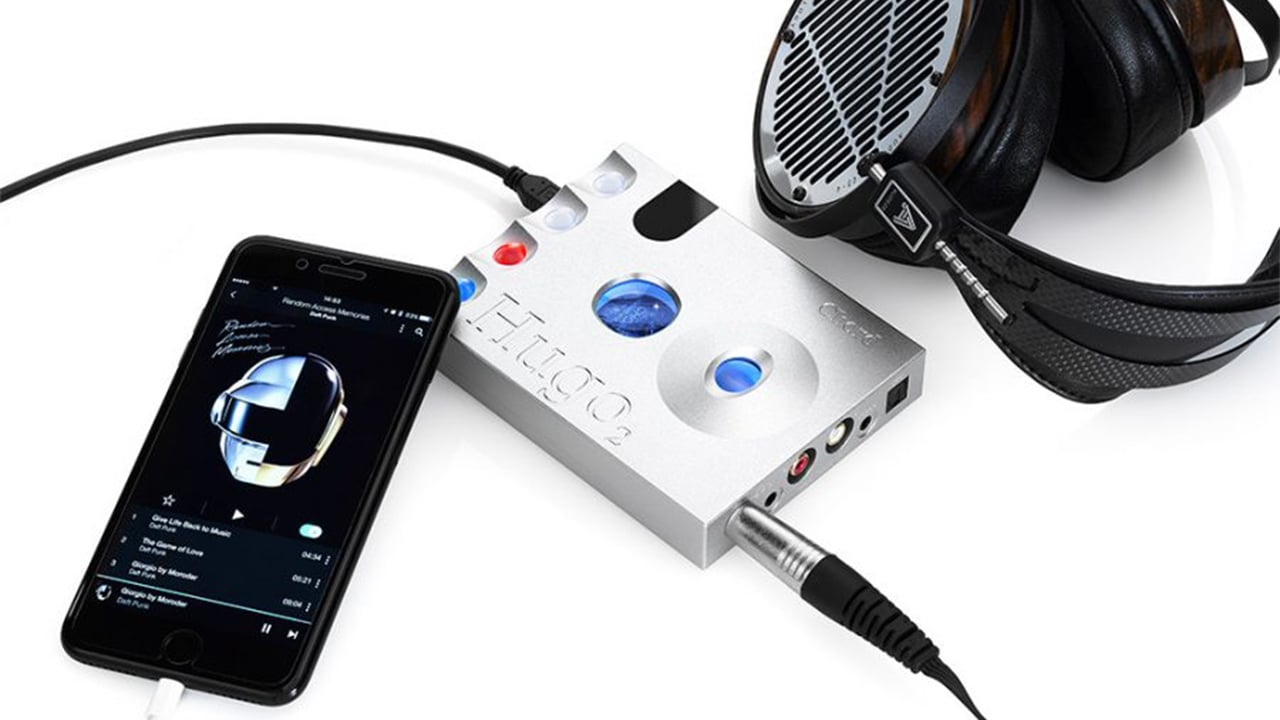 The audio you get from your computer, and that includes soundtracks from each and every video project you've worked on, is objectively poor, if you don't have a good Digital to Analogue Converter (DAC).

Expecting good sound from a computer by default is like expecting vegetables from a cheap supermarket chain to be organic. The reason they're not is cost. Good audio costs more too, but few of us realise that spending funds well can massively improve the quality of your audio.

If you're playing back a digital audio file (that's any file that contains audio on a computer and will include most video files too) then the quality of that recording will be a done deal. At this stage, any issues with it will be burnt into the file. So you might think there's nothing you can do to improve the quality of the recording as you listen to it.

To hear the sound from the recording, it needs to be turned back into an analogue signal by a Digital to Analogue Converter (DAC). DACs are not all equal. they have a complex job to do and they don't all do it very well.

I've been looking into this recently and I now realise there are effectively three levels of quality that you can expect from DACs: pretty bad, pretty good and really, really good. That doesn't sound particularly technical but I'm coming back to that.

Let's say you're running an NLE on your computer (laptop or desktop) and you have to not only listen critically to the sound, but make decisions about the final audio output. It goes without saying that any sort of built-in speaker isn't going to be very good. A tiny transducer can’t reproduce anything like a decent frequency response.

So let’s assume you have some reasonable loudspeakers (and a good amplifier).

The sound you hear is only as good as the weakest part of the chain. But getting this right isn’t easy because there are parts of the chain you don’t see, the most important of which is the DAC.

For example, I’m typing this on a 12” MacBook - the very thin and light one that isn’t very powerful but which makes up for it by being incredibly light and portable. It’s a compromise that works for me. But I have absolutely no idea what sort of DAC the computer is using. That’s OK because I don’t use it for critical audio work. My other laptop, a 15” MacBook Pro (from 2013) is used for critical audio work. As it happens, it doesn’t sound too bad, but I know it could be improved.

I also have a fairly recent desktop PC. it’s a powerful beast and the audio straight out of the back of it is unappealing to say the least. I play it through a very good amp and loudspeakers, and direct from the computer it sounds pretty woeful.

So I take another route. I use external DACs.

At this point you may be wondering why DACs are so critical. You may be thinking that DACs are digital audio devices and since it’s just a string of numbers, they should all sound the same.

But the opposite is actually the case. DACs deal with the critical process of turning those numbers back into analogue audio. As such, they have analogue components and are subject to the usual rules of analogue quality.

But there’s another factor that few consider. It’s exactly how the DAC does its conversion.

I’m going to return to this subject in a later article. But for now, I’m just going to pass on what I’ve found: I’ll leave the technical explanations for later.

So, my recommendations are:

First, don’t even think of doing critical audio work without a good DAC. While it’s true that almost any external DAC is better than an internal one, there’s a wide range of quality.

You can pay almost anything you like for DACs and some of them are pretty expensive.

I’m currently using a Chord Electronics Hugo 2. It sounds amazing - there’s a transparency and depth to the sound that is almost guaranteed to be a revelation if you’ve not heard audio at this level before. The Chord Electronics converters are honestly priced: they’re based around powerful FPGA technology - that’s a chip that runs software algorithms at hardware speeds - and this allows for a much more subtle and delicate recreation of the original audio.

(A quick explanation of Chord Electronics’ tech: transients - essentially the very beginning of a sound, like a guitar pluck, or the moment when a piano’s hammer hits the string, are vital to the way we hear a sound. To reproduce transients accurately, a DAC has to recreate the original timing of the sound. Most DACs focus on frequencies rather than timing. By concentrating on the timing, it’s possible to reproduce sound more accurately and with more depth than otherwise).

Having tried this technology, my feeling is that few editors and colourists would hesitate to spend a few thousand on a calibrated video reference monitor, and we should be prepared to spend similar sums for good audio.

I can make a much stronger case for spending this much on a DAC, and you’ll see this soon in my Hugo 2 review. But for now, if you get a chance to try this technology, it’s well worth the effort and the expense.