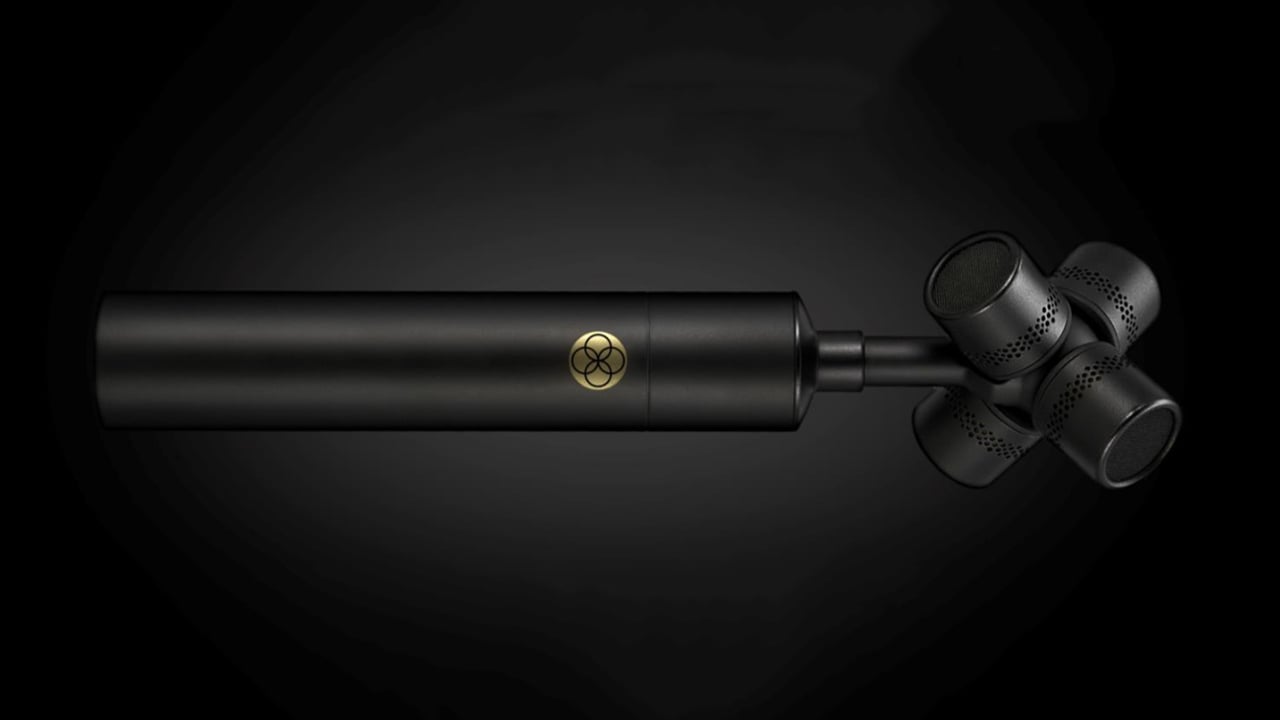 Audio is 70% of what we see, apparently. In a VR experience audio theoretically should be even more important than in standard video or film. RØDE has caught onto this with the NT-SF1, an affordable mic for recording multi-directional sound.

With productions increasingly requiring the use of surround or multi-channel spatial reproduction, it’s high time innovation in audio caught up with vision. Enter Australian microphone maker RØDE which is launching a new ambisonic mic to capture the entire set of audio information for under $1000.

The SoundField NT-SF1 mic has an obvious use in capturing 3D soundscapes for VR but it’s actually for recording 5.1, 7.1 or any surround sound profile or indeed for any audio you want to shape in post.

With conventional directional mics, once you pick up the audio you are stuck with the position the audio came from. With ambisonic systems like this you can move the array around and steer the audio in any direction including sound above and below the listener while still cancelling out the sounds you don’t want to hear.

The device features four heads (tetrahedral array) which records separate signals (known as ‘A-format’) output over an XLR cable attached to the bottom of the handle. The A-Format is not intended to be used without further processing and is normally transformed into the second set of audio signals, the B-Format for manipulation offline.

Used pretty extensively on live sports, like Sky’s broadcast of the Premier League, ambisonic mics will come further into their own as audio formats like Dolby Atmos are added to transmissions.

The NT-SF1 is intended more for recorded shows and to get ambisonics into wider use. According to RØDE it delivers “broadcast grade” signals with very low noise, and at $999 with windshield, cable and shock mount holder included the product is for creators “for whom the ultra-high-end SoundField products are out of reach.”

Accessing the B-format files in post is possible via a free plug-in which the vendor is making available over the next couple months and which is compatible with all the leading audio editors like Pro Tools and Reaper.

VR will be a key application in which audio from a VR rig can synced with headtracking movement and accentuated with spot mics located in different areas on a set for a true immersive audio experience.

The original Soundfield ambisonic mic was invented by Brits Michael Gerzon and Peter Craven whose design was subsequently developed into a practical microphone system by Calrec Audio in 1978. In 1993, the Soundfield mic part of Calrec was separated out as the company SoundField Limited, which further developed the range of products. By this point however, the original patents relating to the Soundfield mic had expired, and competitive products emerged.

In 2012, TSL Products acquired SoundField and a few years later sold the brand to the Freedman Electronics Group, owner of RØDE.