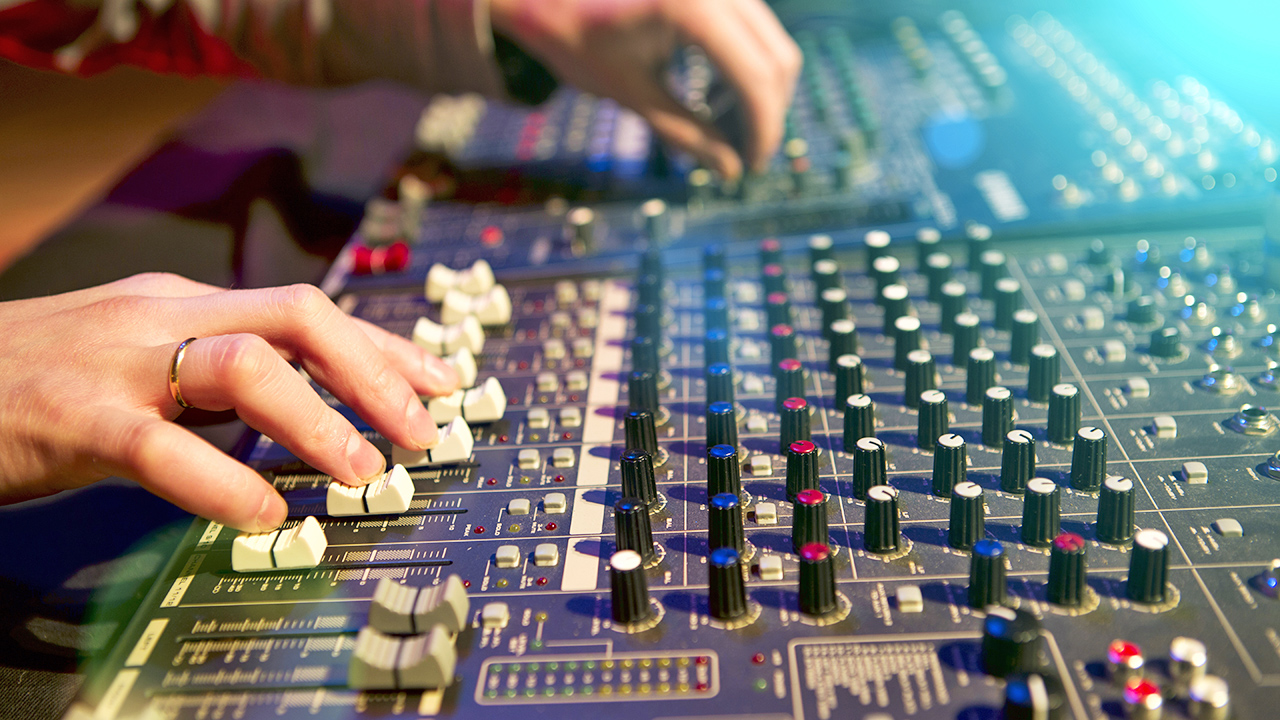 Replay: If you often end up with layer upon layer of audio, how do you make easy sense of it when it comes to mixing? Tim Dunphy takes us through the headache saving art of using VCA faders. 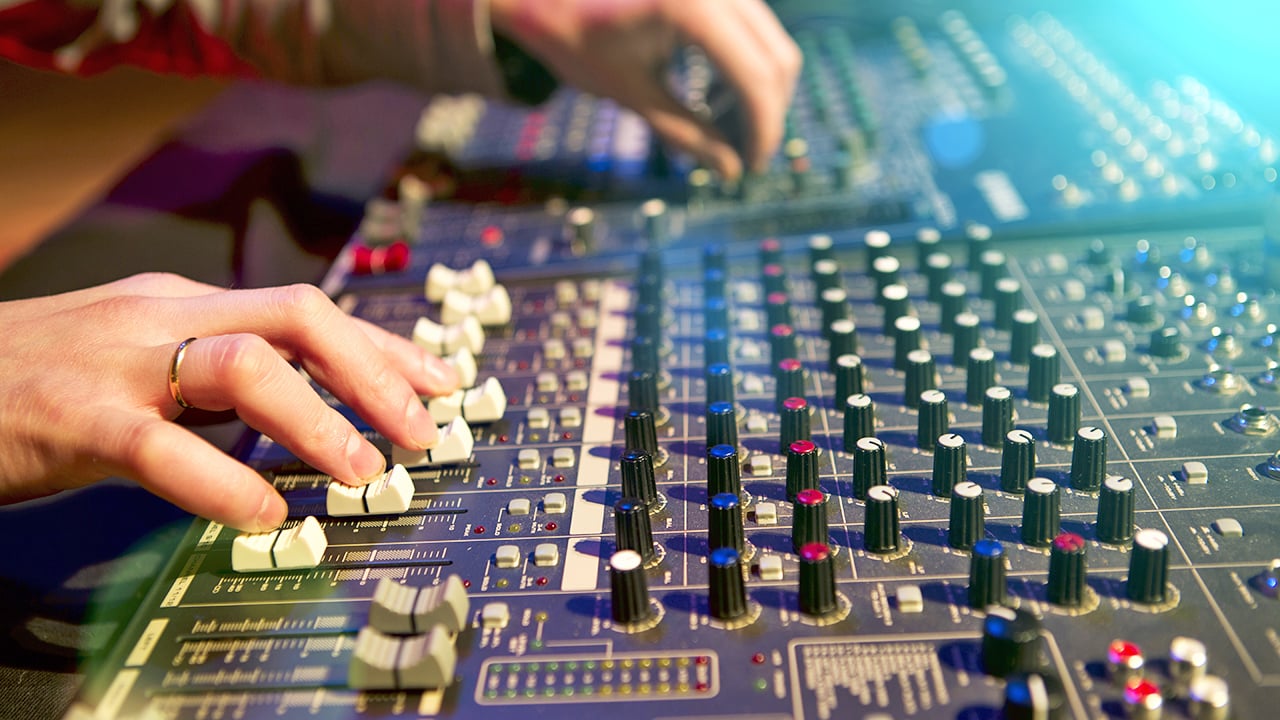 When it comes to mixing a piece of commercial music, it isn't uncommon to be dealing with over thirty individual channels of audio. From my experience of mixing for film, this thirty channels pales in comparison to the amount of layers of sound you can end up dealing with. Everything from music, Foley, SFX, and ambience tracks all piled into one enormous session to build up the rich soundscape that films have. Not only this, but more often than not you're going to dealing with six or more channels of surround sound so keeping a track of what's going on can get be quite the headache. This is where appropriate grouping and session management comes into play. Using VCA faders, we can save ourselves a great deal of time and hassle by going through a few simple setup steps early on.

Firstly, it is important that we address the differences between Auxiliary routing, grouping, and VCA faders. Many DAWs offer all three of the above and each provides us with a solution to different problem. Auxiliary routing allows us to route the output of many separate channels into one chosen channel. This is great for being able to control the overall level of all of those tracks. For instance, we could route all of our Foley elements into one channel and have a global fader for their level throughout the film. Equally, we could assign a group to a bunch of separate channels which would tell our DAW to treat them as one. This would mean that when we adjusted the fader on one channel, all of the other grouped channels will move as well. Again, by grouping all of our Foley channels, we can adjust the relative output levels of all of the channels.

Why do I need a VCA fader?

So, if I can do all of that with an auxiliary send or a group, what do I need a VCA fader for? Let me explain to you the fundamental problem with auxiliary routing and grouping. These two methods will only allow you to adjust the output level of the fader on each track. They do not control the output levels of any bus sends that you have got setup. This is where VCA faders become an absolute game changer.

Let's look at our previous example of Foley grouping. In a short film, we could quite literally have hundreds of channels of Foley to individually position within the context of the film. This requires adjusting levels, panning and applying appropriate ambience to each sound so that it fits the environment. Adding this ambience is easiest done by using a bus routing to a reverb and we could have as many different reverbs setup as we need based on all the different spaces we need to recreate. Imagine you get to the very end of the process and come to realise that all of your Foley is slightly too low in the mix. Nightmare right? Now you have to go and adjust each of the faders for hundreds of channels by a couple of dBs. Yes, you could have grouped all of the tracks and moved just one fader, but then you wouldn't be adjusting those reverb sends meaning your Foley is going to sound drier. Equally, if those reverb buses are being used for elements other than Foley, you can't just turn up the fader on that channel.

Enter the VCA fader. A Voltage Controlled Amplifier fader controls every output from a channel that has been routed to it. This means that routing every Foley track to a VCA fader and then adjusting that will adjust both the output level of each track as well as the output of any sends that you have created. This is immeasurably helpful when you've got many channels with multiple bus sends setup. Having a VCA setup for all music, Foley, SFX, and ambience tracks means you can easily adjust the balance of an entire piece using just four faders! 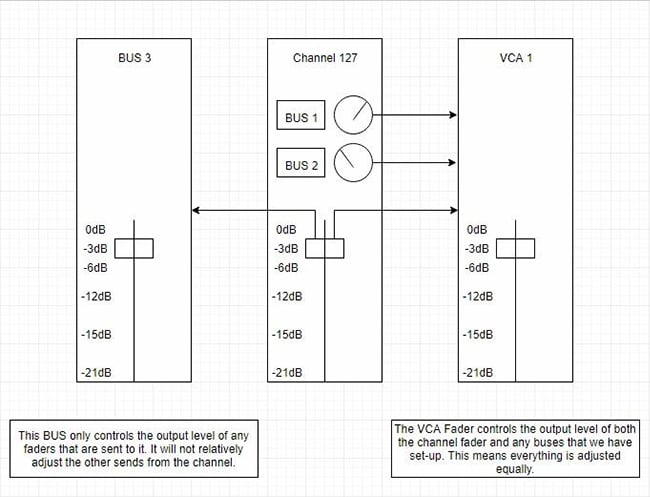 The VCA fader is an absolute game changer within huge audio sessions. Whilst auxiliary routing and grouping still has it's place, you're likely find that a VCA fader can give you a lot more control in the majority of situations. VCA faders allow you to group multiple channels and adjust the outputs of not only all those channels faders, but their sends as well, whilst keeping all the audio levels relative. By taking the time to set these up in the early stages of a session, you can save yourself a great deal of time and hassle later on in those fine adjustment stages.