And you thought cameras could be heavy! 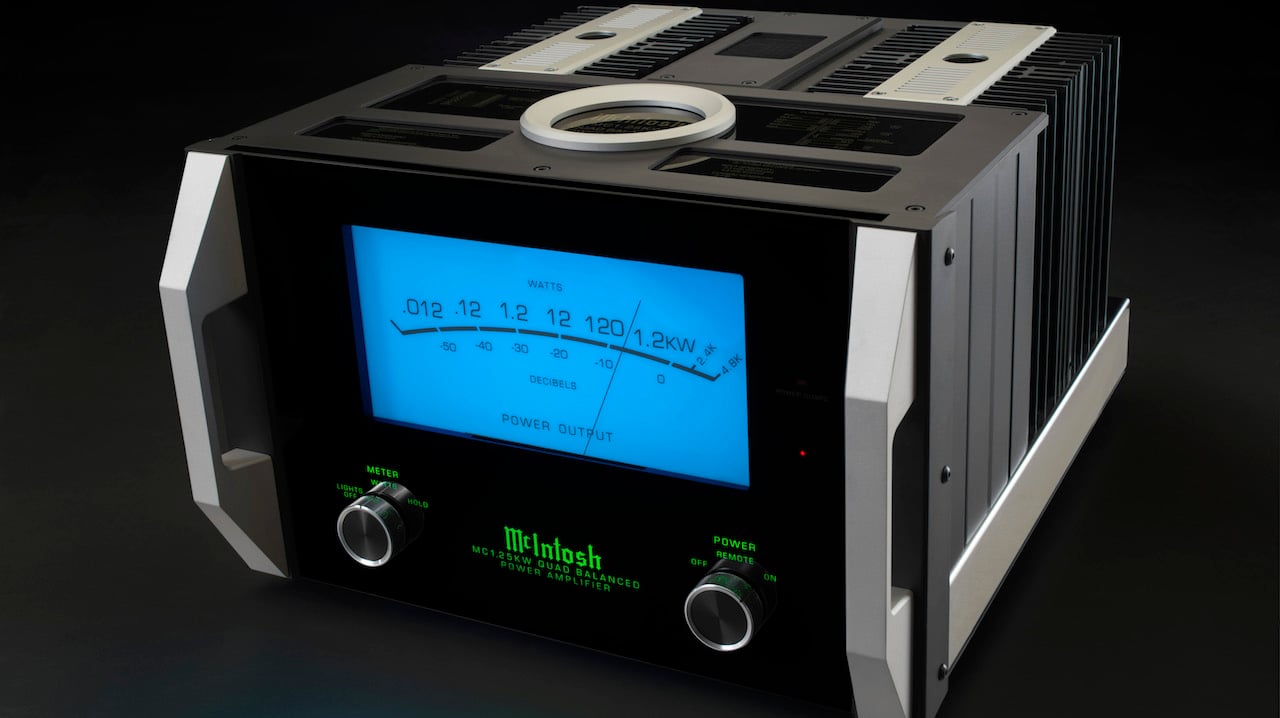 For those thinking that camera technology can get out of control sometimes, there is always the reassuring world of extreme high-end audio to act as a reference point. The McIntosh MC1.25KW amplifier is a case in point.

This is being billed as the American hi-fi giant’s most powerful single-chassis monoblock amp to date, and if you want to know the relevant figures they are £29,995 per pair and a fairly back-breaking 71kg. That’s in the region of $30,000 and 156lb if you want a conversion. Oh, and the small matter of 1,200 watts into a single channel as well.

McIntosh says that the output of the MC1.25KW has a nearly imperceptible total harmonic distortion of 0.005% and that a pair of them “can anchor a home audio system that can rival nearly any stereo system in the world.”

Given that that all works out at 144kg for a stereo pair, anchor is a good word to use here. They’re not quite in the region of an AGA cooker perhaps, but significantly heavier than most people’s audiovisual set-ups are used to accommodating.

A lot of that weight is taken up by the four heatsinks at the back of the unit. These connect to high-current output transistors that eliminate thermal equilibrium lag time so that the company says the first musical note played sounds just as good as songs played later in the listening session: no warm-up is required.

Unsurprisingly, there is lots of information mentioning aluminium, stainless steel and large amounts of thick glass in the press release as, when spending this sort of money, the aesthetic counts hugely. Luckily, it looks gorgeous as a result, and that fast-responding 27.9 cm blue Watt meter that adorns the front is certainly going to be arresting when you have two of them operating in tandem.

There’s an updated power transformer over the previous model, heavier gauge internal wiring, upgraded circuit components, an eco-friendly power management system, and what the company says is a 50 percent increase in filter capacity improving the performance of bass frequencies as well as increasing dynamic headroom.