MixPre-6: High end audio quality, ultra compact, and a joy to use 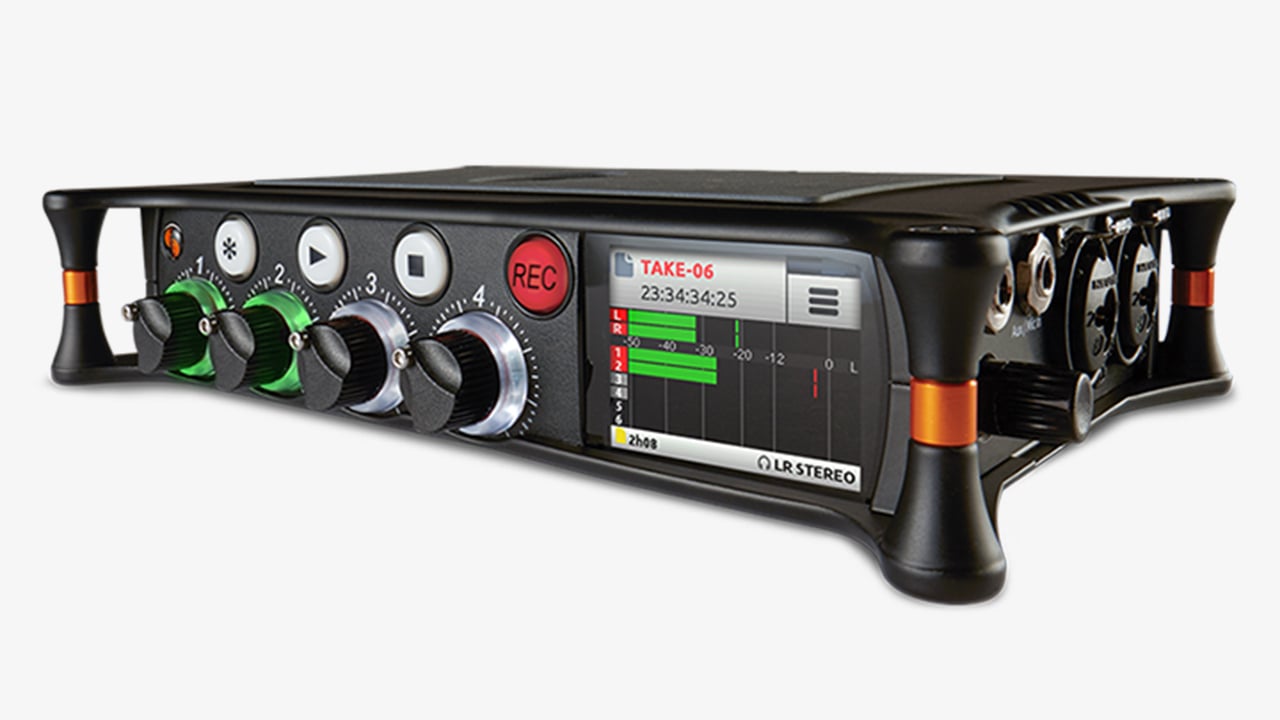 RedShark Review: Sound Devices released its MixPre series of audio recorders earlier this year, with the MixPre-10 the most recent addition. Erik Vlietinck had the opportunity to try out a MixPre-6, a compact recorder that can handle eight channels and promises audio quality that belies its size and price.

MixPre recorders are said to be Sound Devices’ entry-level equipment, aimed at Youtubers, wedding reporters, documentary makers and also movie professionals. These recorders have the Kashmir pre-amp on board, a pre-amp that Sound Devices developed in-house. The Kashmir pre-amp delivers a high-quality sound and it’s one of the main reasons why anyone serious about sound quality should consider this recorder. Only the MixPre-3 records up to 96kHz. From the MixPre-6 upwards, you get a full 192kHz sample rate at a 24-bit depth. Furthermore, the MixPre series uses a 32-bit precision DAC that has a 115dB dynamic range (A-weighted), and its headphone output is of audiophile quality and can be used with any impedance headphones.

Although the MixPre models aren’t as flexible as their high-end siblings in terms of expansion, built-in timecode generators and what have you, they can be triggered by a timecode capable camera such as the Sony A7s and Panasonic GH4 (and the GH5 I should imagine).

If timecode over HDMI doesn’t make you tick, the MixPre-6 also supports an HDMI flag, a set of status bits sent in the HDMI data stream that indicates the stream can be recorded. If that doesn’t work for you either, the device also lets you synchronise your sound with your video frames via LTC, also known as SMPTE Linear Timecode, the most commonly used standard. Finally, time of day can be used instead of a linear timecode as well.

Simply put, the MixPre-6 adapts to whatever environment you throw at it and that’s the first observation I made — I doubt if there is any environment or situation where you would want to record sound and to which the MixPre doesn’t allow 100% adaptation. Having said that, using a MixPre on the set of a full-blown movie production is probably not going to cut it as you can only record to SD-cards with a 512GB maximum capacity.

My second observation was that the MixPre-6 is surprisingly small and lightweight when powered by its standard four AA cells. It is so small that some buttons — the ones you rarely use, like the On/Off switch — are too small to handle with gloves on. The good news is that all the knobs and buttons you do tend to use regularly while recording are big and robust. Most of them also come with LEDs that change colour according to status or setting. Speaking of batteries, you can power the unit with four AA batteries, for which a sled is delivered in the box. However, there’s also a sled for eight AA cells available and a whole range of products, such as Hawkwoods adapters, Anker chargers, etc, which you can use to power the unit. Included with the device is also a USB-C to mains adapter and a USB-C to USB-A Y cable to transport power as well as data.

The MixPre-6 has four (phantom-power capable) XLR inputs, two channels that accept a mini-jack (Aux — which is also used for LTC), a micro-HDMI port for timecode recordings and a USB port that also accepts input — e.g. from a computer. You’ve got four channels for monitoring or plain audiophile quality listening (with the headphones or speakers to match, of course). In total, you can process eight tracks

Practically all of the ports, channels, buttons and knobs have multiple functions that are all controlled from the brilliant colour LCD screen - which allows readout in sunlight, really! This gives access to an elaborate menu system. And, although the MixPre-6’s Basic mode is simple enough, the menu system goes pretty deep once you start venturing out into the Advanced and Custom modes.

The main control panel of the MixPre 6

I first tested the MixPre-6 with three microphones — two sE Electronics sE2200a large diaphragm condenser mics and a sE Laser video mic. For all my tests, I put the MixPre-6 in Advanced mode. My first test involved using the three mics, putting each on its own channel. My second test involved using the two sE2200 mics on channel 1 and 2 but in linked mode. This made the first channel knob behave like the fader and the second one like the balance control.

I kept testing the MixPre-6 under different circumstances, both in the studio and outside. In the studio, one of my experiments involved recording the same audio with one sE2200a plugged into an Apogee Duet iPad/Mac, an old Zoom H4n, an iRig Pro I/O and the MixPre-6. It’s in these tests that I really grew to appreciate the Kashmere pre-amps with their -130dB noise floor. The sound you get out of the MixPre-6 is indeed like cashmere — very silky, warm but not overdone, clear and detailed. Comparing some of the recorded results between these three recording technologies, I would place the MixPre-6 on the same level as my trusted Duet. With some recordings, I noticed I preferred the MixPre results for its slightly higher output of low frequencies, with others the Duet’s — exactly for the same reason…

The MixPre-6 has, of course, its own soft limiter and low cut filter. In Advanced mode, you can set the low cut filter to various frequencies as preferred. More importantly, though, is that the MixPre-6 never once recorded distorted signals, not even when setting the gain ridiculously high (76dB, anyone?).

The MixPre-6 is truly a joy to work with and has enough capabilities to record any sort of audio. Audio samples from the MixPre 6 can be downloaded from the Sound Devices website.

In absolute terms, at €885 (£829 - $899) it’s not the cheapest device on the market. But if you take into account — as you really should — the number of inputs, its portability, flexibility and quality of build and sound, it’s actually quite inexpensive.