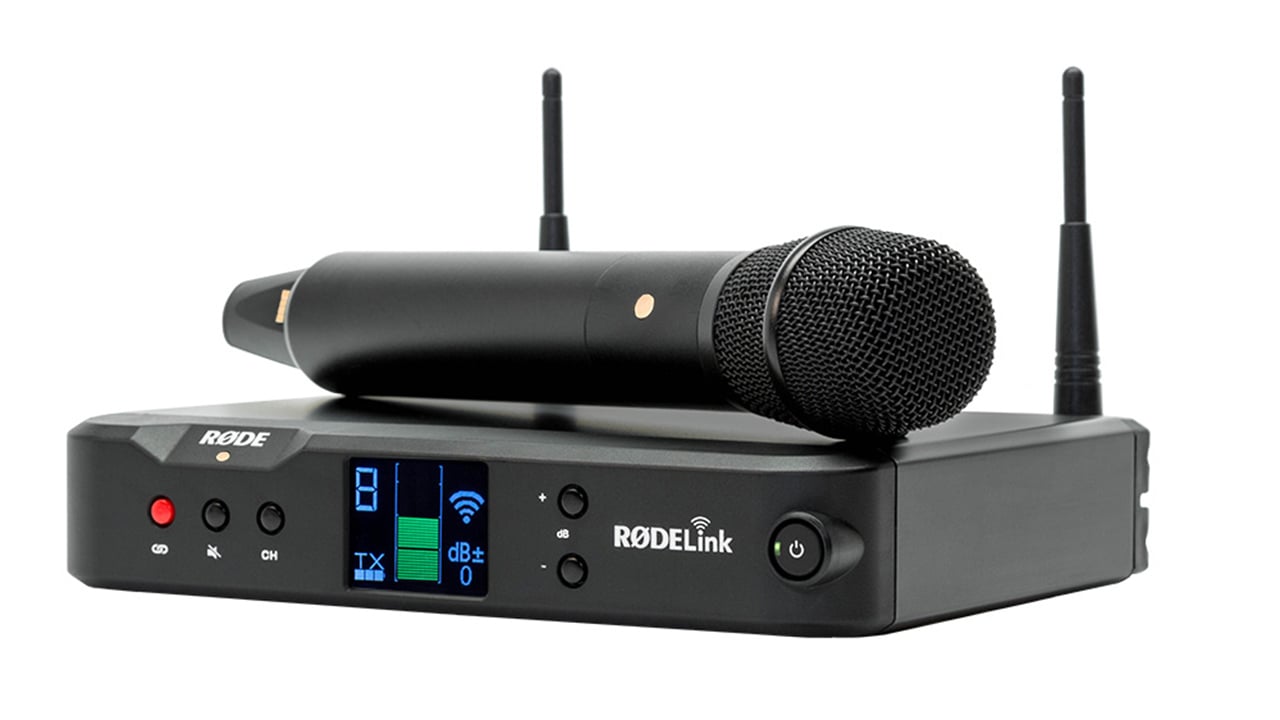 RedShark at IBC 2017: Australian mic specialist RØDE’s latest release is the RØDELink Performer Kit, a mic which expands its wireless digital audio line-up to include the presentation market.

Following on from the broadcast-grade lavalier microphone of the FilmMaker kit and the XLR mic of the newsshooter one, the new Performer Kit provides users with a TX-M2 condenser microphone to make sure vocal clarity is right at the top of the charts.

Coupled with the company’s RX-DESK desktop receiver, as opposed to the shoe-mounted receiver of the other two products, and powered by RØDE’s own lithium-ion rechargeable battery, the system is claimed to be effective over 100 metres. Of course, that is in ideal conditions and the 2.4GHz spectrum is often clogged enough for conditions  to be far from ideal, but that’s a decent amount of production versatility out of the box.

It uses a secure Series II 2.4GHz encrypted digital transmission which is sent on two channels simultaneously via a diversity antenna located at the bottom of the mic. RØDELink then automatically selects the strongest signal of the two and hops continually between them to maintain a secure, 128-Bit encrypted, and high quality connection. No channel selection is required and pairing is a one-touch operation.

RØDE bills the Performer Kit as being perfect for lectures, Q&As, presentations, weddings and live performances, so there’s a definite market for it at the videographer end of the spectrum.

Availability is billed as immediate by RØDE, though in practice it seems that getting enough kits into the channel is taking time and most sites are taking pre-orders for an end of September fulfilment. Price is $499.

Watch the official video from the company below.