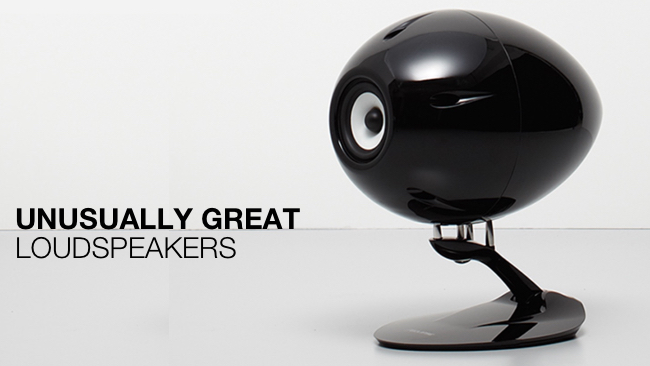 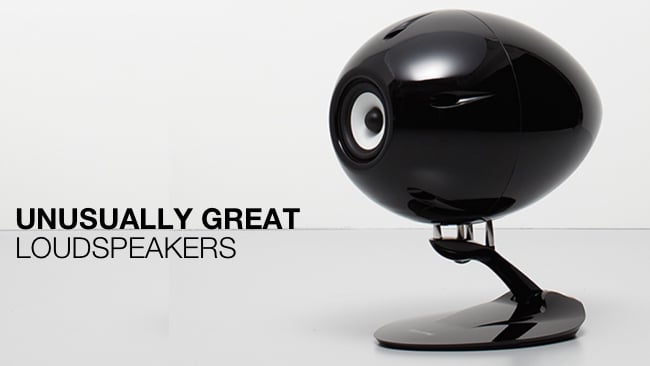 RedShark Review: They may look rather odd, but there is nothing odd at all about the sound quality the Eclipse TD510 MK II speakers deliver from their 4-inch cone. In fact, it is superb.

There’s always been a tension between aesthetics and performance; form and functionality. To put it another way, if it looks good, it doesn’t always mean it is good. “Streamlined” cars in the 1930s looked great but didn’t follow the actual rules for efficient aerodynamics. Some “designer” chairs look daring but are resolutely uncomfortable in practice.

But sometimes, it is possible for a product to look good and to function well, and when you get a good example of this, you can truly say that its form follows its function.

It’s a principle that was first espoused by the Bauhaus architectural and design movement in Germany in the 1920s. Objects and buildings from that era still look modern today, because when function is the motivation behind the design, there’s no room for fashionable trends or fads. There’s only function, and that has its own type of beauty.

If you were to look for examples today, you might find an Audi R8 supercar, a modern airliner - and particularly an aircraft engine. These engines look the way they do because to look any other way would mean that they’re less efficient.

So it’s perhaps no coincidence that Eclipse TD510 MK II loudspeakers look the way they do.

I’ve recently been testing these unusual speakers. They’re large, egg-shaped objects with a single driver (loudspeaker cone). These are not simply loudspeakers in an unusually shaped box. Inside the casing there’s precision engineering to ensure that the greatest advantage of this type of speaker - that the sounds comes from a single point and not from multiple drivers via a crossover - is nurtured, developed and output in the best and purest way imaginable.

These speakers, which are passive and require an amplifier with a suitable depth of talent to drive them, are built according to a single but immensely powerful guiding principle: that a single point source gives the most accurate sound.

Let’s have a look at what this means.

Conventional loudspeakers have multiple driver units, for the same reason that cars have gearboxes. An engine has a narrow range of speeds at which it is efficient. Go outside of that range and the power tails off, and you might ultimately damage the engine. By having a range of gears, you can keep the engine operating within its comfort zone, while being able to travel at a very wide range of speeds.

Loudspeaker cones work best over a relatively small range of frequencies, and this depends on their size. It’s quite easy to understand why small speaker cones, with a low mass, are most efficient with high frequencies. Larger cones have an affinity with lower pitched sounds.

The Eclipse TD510 MK II speakers go against this conventional “wisdom” and sport only a relatively small single cone. While your instincts might suggest that this won’t sound very good, the reality is quite astonishingly different.

If you haven’t seen these speakers in the flesh, don’t read the paragraph above and go away thinking that the TD510 MK IIs look anything less than impressive. They look like something between an electric jet engine and an alien camera-pod. There’s something other-worldly about them and I suspect that they would look good in any kind of surroundings.

But ultimately it’s how they sound that matters.

And the answer is that they sound incredible, but not like any other speaker you’ve heard, however big, and however expensive. You have to reset your expectations with these devices.

The reason you have to do that is because you will most likely be conditioned to expect a certain sound from a loudspeaker, and that will be the sound you expect from a speaker with two or more drivers.

Conventional loudspeakers are capable of reproducing high, low and mid-frequency sounds, but there’s a cost to this fluency. Internal crossovers have to route different frequencies to the appropriate loudspeaker drivers. This process is not perfect and can badly affect the sound. The effect can be subtle. You might find a loss of spacial resolution (the ability to place sounds in space), there might be less clarity - the ability to hear sounds separately and distinctly. Certain frequencies might be missing altogether. Others might be too prominent. You rarely notice this because there’s no easy way to compare compare alternatives.

The Eclipse methodology is a genuine alternative.

The first thing I would say is that the TD510 MK IIs don’t sound anything like you would expect. With a mere 4” speaker cone, you might predict that the sound would be dull and lacking in extreme highs and lows.

This is absolutely not the case. The first type of music I tried was female voice and acoustic guitar. The results were eye-opening. There was an incredible “presence” to the sound. It was as if there was nothing between the performer and my ears. High frequencies were there in the sense that there was a natural shimmer to the sound. Don’t imagine that low frequencies are absent with this speaker form-factor. At one point the artist thumped the body of the guitar and it made me sit up. There were some serious low frequencies in there.

Going through my normal repertoire of loudspeaker audition material made it obvious that these are different and powerful devices.

I played a wide range of material and all of it sounded “different”. How different? It sounded “authentic”.

Let me explain what I mean by that.

There were no “artefacts”. Instruments and voices sounded real. As they would in real life. Many speakers “flatter” the music - sometimes not subtly - to fool you in to thinking they’re better than they are. But this is at the expense of authenticity. Perhaps you have to have been at live performances and in recording studios to understand this. But the degree of reality coming from these speakers is extraordinary.

What struck me when listening to the TD510 MK IIs is that they have an incredible spacial resolution, and this is because of their phase accuracy. It means that you can hear the original recording environments like holograms. They capture every nuance of the performance - of the original microphone, mixer, tape and outboard equipment. It’s like time travel.

Time travel? What does that mean? It means that when I listened to older recordings - the sort of recording that sounds old because of the way it was made - it felt like I was actually sitting in the recording studio, listening to the musicians through the vintage mixing desk and the ancient loudspeaker monitors.

That it did so convincingly is a huge compliment to the Eclipse loudspeakers. It takes an extremely accurate reproduction to bring out this level of authenticity.

I’m going to use another analogy here.

If a conventional very good loudspeaker is like high definition, then the TD510 MK IIs are 4K - or even 8K.

Of course, there are no pixels involved at all here. But the analogy stands.

There is some very serious physics behind the construction of these speakers. In audio theory you find something called an “impulse response”. It’s a deeply technical subject but the conclusion is that a point source of audio will give the most accurate reproduction. Everything about these speakers has been based on the principle.

I wouldn’t hesitate to use the Eclipses as my main speakers at home. I strongly suspect that these would make awesome monitor speakers in an audio facility. They will show up any kind of deficiency in your audio - especially phase anomalies. I used them with a Leema Elements amp. This is a great combination.

We’re spending more and more on TVs with 4K, HDR and probably 8K soon. We shouldn’t leave audio behind the curve. The TD510 MK 2s may not be a conventional choice. Nor at £1,920 are they particularly cheap. But they are, quite simply, amazing.

We’ve just heard that the Eclipse TD-M1 Desktop wireless speaker, which we reviewed here has ceased production, though you can still buy the remaining stock if you’re fast.