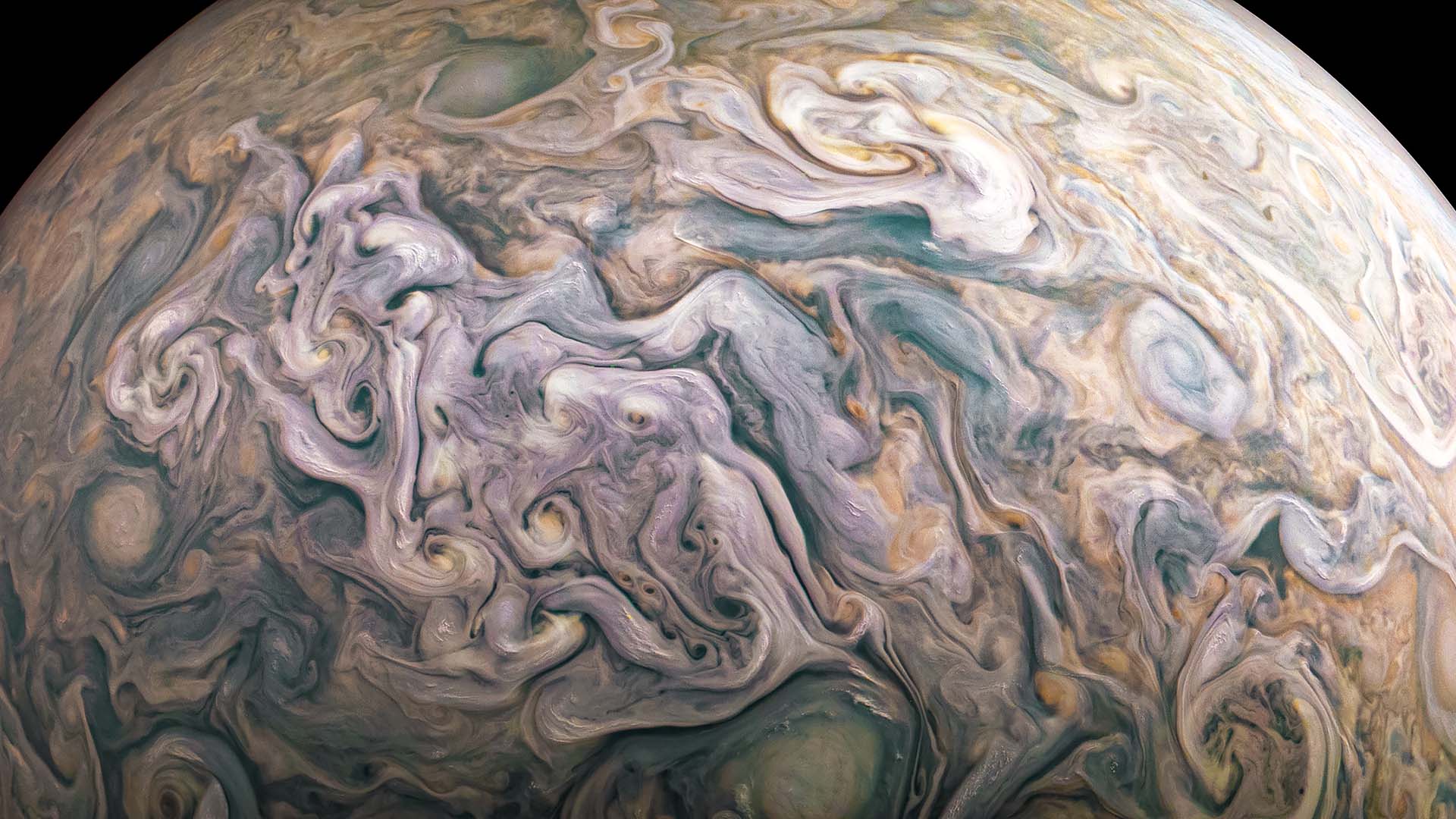 Replay: The planet Jupiter’s magnetosphere is the largest structure in the solar system and, while it might be insubstantial, when you hit it it creates a noise.

NASA’s Jupiter-bound probe, Juno, is just on the verge of entering orbit around the gas giant, but on the way there it crossed the boundary of Jupiter’s magnetosphere, the largest structure in the entire solar system (it extends out beyond Jupiter for five times the distance of the Earth from the Sun). At that boundary the solar wind switches from 16 particles per cubic inch to a density about 100th less, but insubstantial as it might be, it is still moving at around one million miles per hour before it gets heated and slowed by the magnetsophere. Therefore, moving at several thousand miles an hour yourself, when you hit that boundary you encounter some turbulence to say the least.

"The bow shock is analogous to a sonic boom," said William Kurth of the University of Iowa in Iowa City, lead co-investigator for the probe’s Waves instrument that detected the impact. "The solar wind blows past all the planets at a speed of about a million miles per hour, and where it hits an obstacle, there's all this turbulence."

You can hear the impact on the video below at around 25 seconds and for our money it sounds rather like a sample that could be taken from Pink Floyd’s ‘Wish You Were Here’. Not quite the music of the spheres, but given the speeds and the distances involved, impressive all the same.