Pink Floyd and the joy of tape loops

Replay: In many respects sampling has made us rather complacent in the way we build up music. As a chance late-night rewatching of The Making of Dark Side of the Moon proves, back in the day creating certain audio effects required serious commitment. Not to mention a mic stand to loop the tape around. 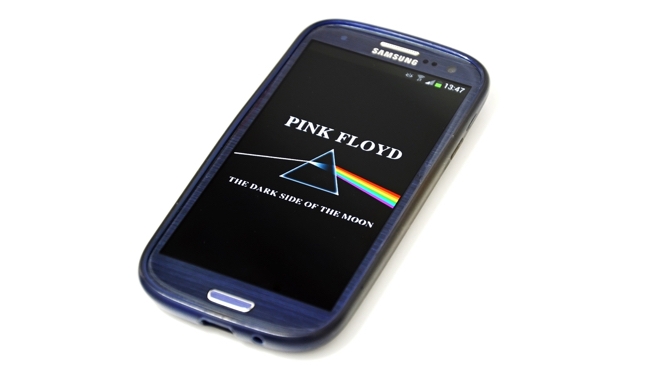 You can use one of these to create the tape effects in the record nowadays...

No, Pink Floyd and Dark Side of the Moon was not the first time a tape loop had ever been used on a modern record. There had been plenty of experimentation before, notably in the rock arena by The Beatles and their various sound engineers. Back in 1966 they had messed about with them to a greater or a lesser degree during the recording of Revolver and come up with the technique of Automated Double Tracking for lead vocals along the way (as well as the sublime ‘Tomorrow Never Knows’ with its five different loops).

Arguably though, the opening bars and underlying rhythm of the opening track on side two of Floyd’s opus, Money, represent the apogee of the technology.

Track down a copy of Eagle Rock’s straight to video The Making of Dark Side of the Moon (which was screened in the UK at least as part of the Classic Albums series) and you’ll get the full story of how they did it.

“I made up the rhythm tape in a shed at the bottom of the garden,” explains Floyd bassist and co-singer Roger Waters. “My wife then was a potter and she had a pottery studio, and I had a little music studio next to it. She had a big metal mixing bowl for mixing up clay and so I thought ‘I know how to make the rhythm for this’.

“I had a Revox A77 but I only had two tracks. I got a mic out, put it by the mixing bowl, and threw a handful of coins in, and that was quite nice. Then I tore some paper up, then I searched around for the sound of a cash register…

“It was in 7/8 so I cut up seven pieces of tape so we had the sound effects the same length, spliced them together, stuck them in the Revox with the loop going round the mic stand to hold it all together, and that was it.” 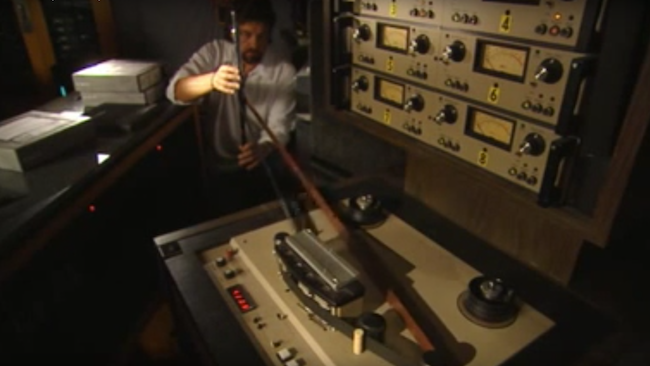 The end was in sight for such technology though. One of the other instruments used for the liquid dopplering synth that kicks off On the Run was the EMS VCS 3, which was at the vanguard of a whole new breed of instrument.

“We’d just had the new version of it,” explains David Gilmour. “We’d had the old wooden version, but this was the new one that had one of the first ever sequencers in it.”

Gilmour simply keyed in an eight note sequence, then sped it up to get the effect. Floyd being Floyd though, all was not that simple as later Waters rocked up and rekeyed in the sequence to change it. “Irritatingly,” says Gilmour, “it was better.”