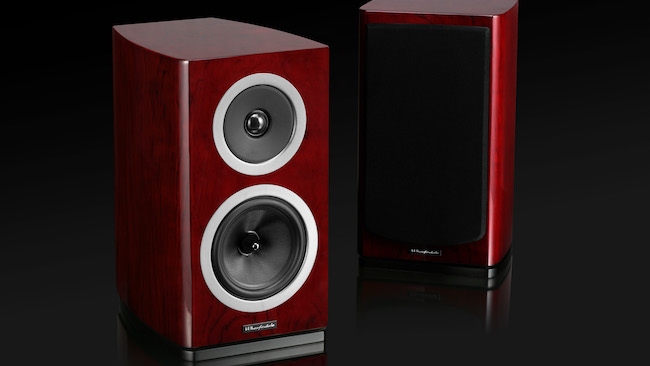 From Diamonds into shiny new Revas...

Wharfedale’s latest speaker range, the Reva, starts from an interesting perspective: take the key design elements from the Diamond 200 Series, raise the target retail price, and what do you end up with?

The result, says the company, is the Reva Series, a new speaker range that incorporates many of the same design principles as the Diamond 200 Series, but ups the ante with new techniques and materials to further raise the bar both sonically and aesthetically.

Happily it doesn’t raise it out of the bounds of mere mortals. The range consists of two standmount models (the Reva-1 and Reva-2), two floorstanding speakers (the Reva-3 and Reva-4), and a centre speaker for home cinema systems (Reva-C), topping out at £1299.95 per pair for the Reva-4s.

Where is gets interesting is in the upgrades over the Diamonds. Additional layers have been added to the sandwich construction of the cabinet panels, which are then bonded together to form the curved Reva panels. These not only look good but also reduces the occurrence of internal standing waves, whilst virtually eliminating sonic bleed-through from inside the cabinet.

Also developed from the Diamond 200 Series is Wharfedale’s Slot-Loaded Distributed Port. Instead of a conventional circular reflex port, all Reva models incorporate a port that exits at the base of the speaker cabinet, loaded by a slot that is created by the plinth. This, says the company, equalises the air pressure to mimic that inside the cabinet, allowing smooth transition between the pressure variation in the cabinet and the low frequency sound developed in the room.

A proprietary glass-fibre weave was engineered for the bass and midrange cones to match the acoustic properties of the new cabinet, while the Series’ 25mm treble unit sports a new, fine-weave textile dome, critically damped via a special coating and powered by a neodymium magnet fitted with a finned heat sink to reduce dynamic compression.

Oh, and lastly, when you up the price you also get multiple layers of piano lacquer into the bargain, which will explain why they look quite so lovely and shiny.