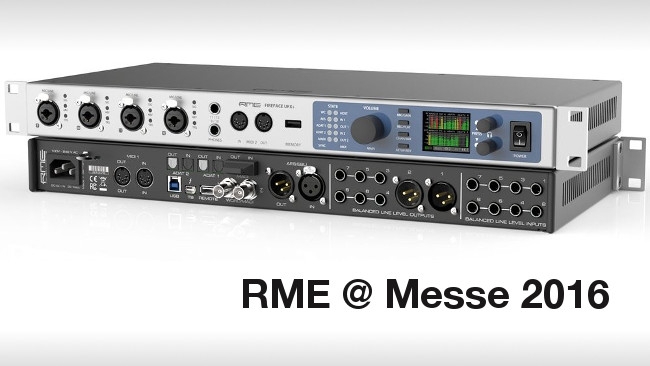 RME has released updates to three long-standing products at the Messe trade fair to help celebrate its 20th year in business.

This year marks the 20th anniversary for the German manufacturer RME, who first made an appearance back in 1996 when it launched the DAM1 (Digital Audio Monitor) and a PCI recording card. With a focus on audio interfaces and capture solutions, the company's growth since the start has been steady and one earnt by the hardware's reputation for reliability and efficiency.

RME's success can largely be attributed to its attention to detail as the company engineers its products from the ground up, including its own custom FPGA controller that handles all the routing and mixing, ensuring the RME interfaces offer some of the very best in class performance levels. Its drivers are also well-regarded performers with a bullet proof reputation, making them firm favourites in situations where an easy to maintain, fit-and-forget solution is required. Support even continues on for older models that have been in service for well over a decade and regular updates show little sign of slowing down anytime soon, even for those legacy users.

As you would possibly expect from a firm so concerned with getting it right for its userbase, it's almost a rarity to see new products appear when older models remain in service for so long. It's only fitting that when MusikMesse commenced this year in its own backyard, RME would take advantage of it to reveal the anniversary refresh of its range to the public.

Leading the pack is the UFX+, an update to RME's well-established flagship interface. Gone are the USB 2 and Firewire connections, replaced with Thunderbolt and USB 3 support under both Mac and Windows, which should also offer an opportunity to further finetune the unit's already great performance. Other key upgrades include a more powerful DSP solution and a large increase in connectivity, with a total of a 188 channels split over 12 analog, 16 ADAT, two AES and 64 channels both in and out over MADI.

The UFX+ also gains all new AD/DA converters and a freshly optimised signal path, further improving the SNR and THD values of the unit and promising a cleaner, clearer signal. Rounding off the upgrades and completing the sonic chain is a whole new low impedance headphone circuit design, which should allow your monitoring to benefit from these upgrades as well.

Joining the UFX+ is an update to the companion Advanced Remote Control or ARC, as it is better known. The ARC connects directly to the computer and gives you hands on control over the interface's Totalmix software. Totalmix itself can be found on a number of RME interfaces and offers in-the-box latency-free mixing, with a complete effects system powered off the internal DSP.

Finally, the MADIface Pro makes an appearance and takes the portable recording solution, Babyface, and replaces its eight channels of ADAT I/O with a MADI port, giving you an upgrade to 64 channels on an interface you can take anywhere with ease. 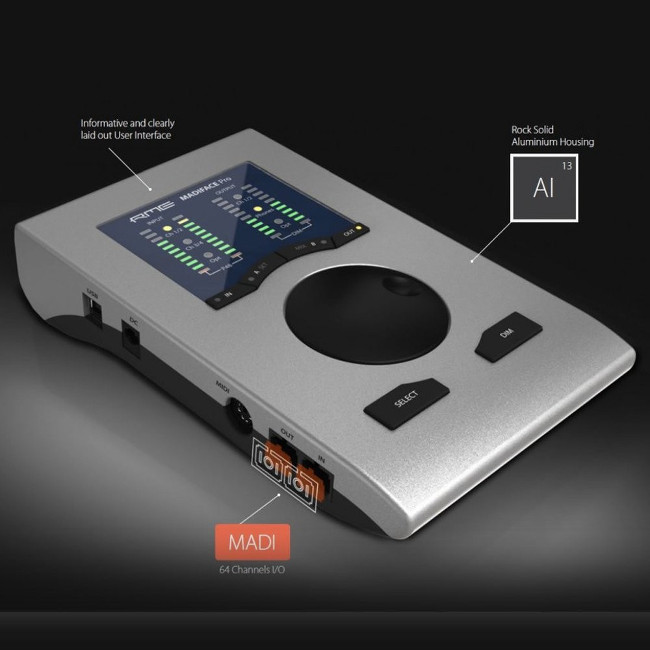 To add additional flexibility, the MADIface can be run in standalone mode and still be able to recall saved settings, opening up more options for gigs and performances. With the inclusion of Totalmix functionality, complete with EQs and effects, as well as the interface's two analog mic/line inputs, two instrument inputs and a pair of headphone outputs, the MADIface makes another welcome expansion to the RME portable range.

With two decades already under its belt and continued investment in the development and refinement of the range, we can undoubtedly look forward to RME bringing us many more releases over the years to come.