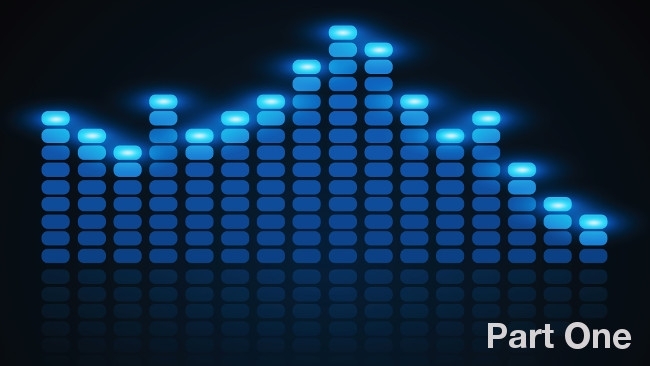 In part one of a two part series, we unpack why digital equalizers and filters sound characteristically harsh. By Christian Luther.

Digital filters (for instance, in equalizer plugins) traditionally have a bad reputation in the audio world. Although the digital signal processing technology has certainly advanced since early digital mixers and audio workstations, this reputation still sticks and it's probably still valid in some cases. In this two-part mini-series, I want to give an overview of the two main issues with digital filters that might be the cause for what we think of as "digital sound."

I'll limit the topic to the types of filters typically used in equalizers. In equalizers, we usually have to deal with, at best, slowly modulated, but mostly static filters that are designed for low distortion. The ones we encounter in synthesizers are an even more complex brood, where things like distortion behavior and rapid parameter modulation also come into place and add their own challenges on top.

It will get a little technical, although this article is not intended as a complete and accurate tutorial on digital filter design. Don't worry if some of this is over your head; the purpose is to illustrate the basic issues.

A typical quality associated traditionally with digital filters is that they somehow sound harsh or maybe noisy and cold. With some basic knowledge of how digital audio works, this is reasonable. Intuition suggests that the signal is broken down into small squares (due to sampling and quantization) that are twisted around and then put back together. That must sound edgy somehow, especially at high frequencies.

In a way, this is even true. But, the real background is a bit more complex, as we'll see in the following.

Analog filter designs have always been specified (of course) in the analog domain. And over the years, standard parametric designs like Lowpass/Highpass, Shelving and Peak filters were established, available in most mixing consoles and standalone equalizers. Of course, the electronic implementation might differ, but in essence most of them are based on the same theoretic prototypes.

To implement these established and well known filter functions using digital signal processing, the analog prototypes must be translated into digital ones. Although both digital and analog filters can be described mathematically in very similar ways, there are some important differences. I won't dive too deep into the theory now, but here's an explanation that illustrates well what the problem is.

Analog filters are specified using a concept called Laplace transform, while digital ones a described using the z-Transform. Each provides a 2-dimensional space (a plane) on which we can describe and compute the frequency response of a filter. But while on the Laplace transformed s-plane, the frequency response is computed along a straight line (from 0 Hz to infinity), on the 'digital' z-plane, it is computed along a circle (where one turn corresponds to the sampling rate used).

The challenge in recreating an analog frequency response digitally is now to make a circle out of a straight line somehow. It's a similarly unsolvable problem as drawing a flat map of the world without making Greenland and Antarctica look strange.

One simple method is to just wind up the line, where one turn corresponds to the sampling rate. But that means that parts of the original analog response will overlap (alias) and distort the resulting frequency response. The process is called an impulse-invariant transform and it's normally not used, in order to avoid these aliasing effects. It can, however, be feasible in combination with oversampling.

A more sophisticated approach, which is the one taught in nearly every textbook and probably used in most digital equalizers, is the bilinear transform. Here, the straight line in s-Domain is not wound up, but the entire line (up to infinity) is squeezed onto the circle (this is actually terribly inaccurate, as I'm leaving out negative frequencies for simplicity, but you get the idea). Of course, to map an infinite frequency range to a finite circumference of a circle, the frequency range must be warped to fit. This sounds very brutal and, in fact, it is. The whole frequency response of the analog prototype, all the way up to infinite frequencies, is squeezed into a limited frequency range up to the digital Nyquist frequency.

At lower frequencies, the mapping from original analog frequency to digital frequency is almost 1:1, but at higher frequencies (more than 1/4th of the Nyquist frequency), the mapping is more and more distorted. Thus, cutoff and center frequencies of the filters come out lower than in the analog prototype, peaks become narrower and the slopes of lowpass filters become steeper when approaching the Nyquist limit.

Textbooks usually only teach how to compensate for the shifted cutoff frequencies, by adjusting (pre-warping) them before computing the filter, so that the resulting cutoff frequency is where it is intended to be. But they don't account for the narrowing of peaks and warping of lowpass slopes.

In essence, if this problem isn't addressed, this means that Q-factors of filters effectively get higher with high filter frequencies. And high Q factors result in longer ringing of resonances, which might be just the explanation for harsh sound that we were looking for.

Meanwhile, some other methods for designing filters directly in the digital domain have evolved, but the bilinear transform is still the most widely used (and the one taught by nearly every textbook). A simple remedy for the frequency warping problem is to use oversampling (4x is usually enough), so the warping can be neglected. You can find this option in a couple of equalizer plugins and, yes, it helps.

This issue with designing digital filters is probably the most defining one for what we typically describe as "digital sound." But there is another important problem associated with standard digital filters that will be covered in the second part of this mini-series.

Read more from Christian at his own site, http://science-of-sound.net