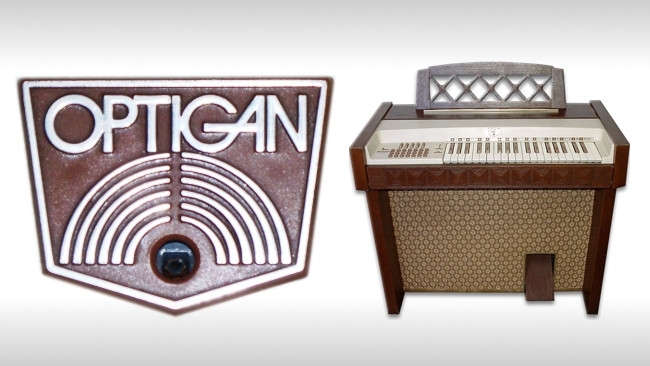 We unearth a pseudo-sampler from the 1970's, made by Mattel, which yields the type of low-fi idiosyncratic sound that many musicians seek out. By Roland Denning.

Samplers are an essential part of the electronic music world today, but samplers began in the analogue age. The most celebrated is the Mellotron of the 1960s, made famous by recordings like The Beatles' Strawberry Fields Forever and The Moody Blues' Nights In White Satin. A British-built version of the American Chamberlin, the Mellotron consisted simply of loops of tape which contained recordings of real instruments, each loop controlled by a key on the keyboard. And, yes, they are being made again today, both in the UK and the USA.

Rather more obscure than the Mellotron is the Optigan, a consumer product made by toy-maker Mattel (more famous for the Barbie doll) between 1971 and 1976. Unlike the Mellotron with its unwieldy row of tape loops, the Optigan used a single 12" optical disc that could easily be swapped for one with another set of sounds. This is not the digital optical disc (CD or DVD) that we are familiar with today, but a disc inscribed with optical soundtracks similar to the optical soundtrack on a movie film. 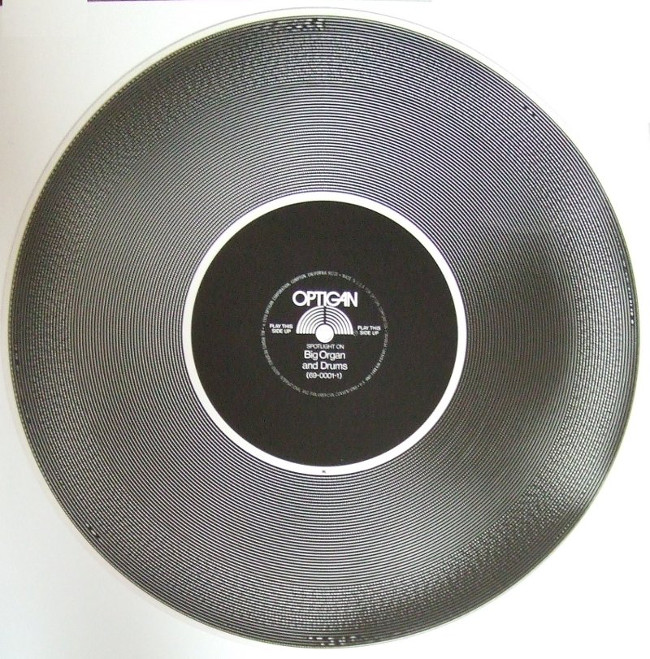 The disc held 57 concentric tracks, 37 corresponding to the keys on the keyboard, the others containing rhythm loops. Each track was read by a corresponding photodiode under the disc. Discs were available for a number of genres: Nashville Country, Bossa Nova Style, The Blues - Sweet And Low, Folk And Other Moods, Waltz Time and the exotic Polynesian Village.

Bad to the Bone

Part of the charm of the Optigan is its slightly crazy optical/mechanical design. Tempo changes are facilitated by moving a tapered metal shaft up and down against the idler wheel that turns the disc. Volume is controlled by a foot pedal which pulls a string connected to a plastic film with graded transparency, allowing more or less light to fall on the photoreceptor.

Unsurprisingly, in musical terms, the Optigan sounds awful. Not only does it have a very restricted frequency range, but the wow (pitch variation) is massive. Each note on the disc is continuous, which means they can go on forever, but also there is absolutely no attack or sustain.

The appeal to musicians today is, of course, that it sounds nothing like the real thing. It has an eerie, low-fi quality and music played on it sounds as it is has been retrieved from an ancient attic (or possibly a skip). It is the musical equivalent to home-processed 8mm film.

Now that digital equipment can produce a seemingly infinite range of pristine, high-quality sounds, there is nostalgia for analogue machines that do less rather than more, that have a very particular personality – a device that restricts you, misbehaves and adds random elements.

The band Blur used it on a song that is actually called Optigan 1. Perhaps the most atmospheric use was by Sparklehorse (the sadly departed Mark Linkous) on tracks like It's A Wonderful Life. And, here is the machine being played by Optigan expert Joe Doria: