Musical matchmaking: Finding the perfect track for a scene [sponsored] 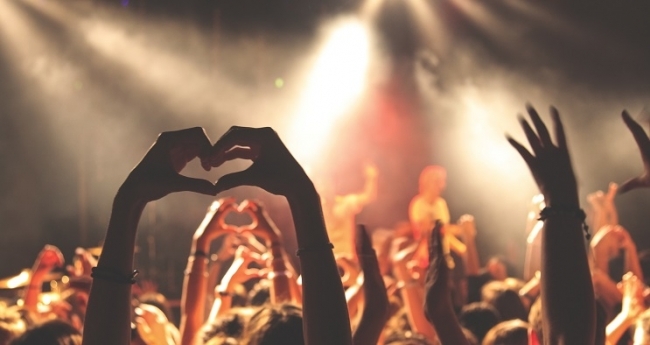 Love the music: love the video

From 30-second adverts to TV documentaries, drama and light entertainment to feature film: pairing music to visuals is a delicate balance.

Audio Network is an independent music company, breaking down boundaries to deliver authentic and creative music solutions to content creators in every industry, all around the world. The company collaborates with over 750 talented composers and artists, and has over 100,000 tracks in its catalogue, carefully curated into albums and playlists in every imaginable genre, all easily discoverable via its website.

The effect must be immediate. To quote one composer on the recent BBC War & Peace adaptation, music is 'shorthand' in a limited timeframe, condensing the storytelling process. All audio contributes to mood or scene, whether that's diegetic music (when characters or presenters hear sounds or even sing themselves) or music cues – also referred to as background or underscore – and usually added after filming.

To help you successfully match the music to the mood of your scene, here's a quick guide to some of the key factors and techniques to consider.

Music is an incredibly effective way of conveying a sense of atmosphere, time and place. Our brains are hard-wired to pick up instrumental ‘colour’ and associate these cues with period, location and mood. For example, you might associate the harpsichord with the Renaissance era, or the Chinese flute with the East, or the bagpipes with Scotland. Similarly, discordant tones create tension, slow, sweeping strings evoke romance, sneaky marimba and pizzicato strings indicate ’dramedy’, and so on.

This is a crucial element in conveying mood: an editor might match the BPM count of a particular track to dynamic animation or dance, use fast handclaps to communicate movement or employ rhythmic percussion to mirror horses’ hooves.

This profoundly impacts the tone of a scene. Just imagine how the mood would change had the Star Wars theme been played in a major key! A lot less evil-sounding, it turns out. Hear for yourself:
https://soundcloud.com/laztozia/vaders-redemption-the-imperial-march-in-a-major-key

When filmmakers use music with vocal content, generic lyrics are often favoured, as are those specifically suited to events and overtly sign-posting action (eg using Pharrell’s Happy to reinforce a character’s joy). Instrumental score is more common, as it’s easier for editors to weave music around dialogue without it clashing or distracting from the action.

The right score can take on a life beyond its basic function. Think of the unique BRAAAM! sound Hans Zimmer and Zack Hemsey employed in Inception (first heard at 0.07 in the video above then repeated throughout both the film and trailer). It’s a much sought-after motif’for dramatic effect, often synchronised since - including in The Avengers, Prometheus and World War Z. There are thousands of examples of musical repetition used effectively in TV and film, but here are just a few:

Music is invariably the final piece of the jigsaw in visual projects, but the key to successfully matching the music to the scene is a combination of remaining objective and trusting your musical instinct. Good luck!

Get started with incredible music – sign up to Audio Network to receive 10 free trial tracks to use in edits, pitches and layouts.