What Robert Altman's work can teach us about film audio 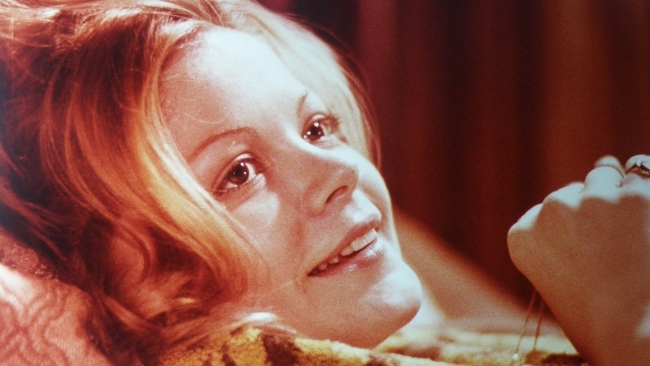 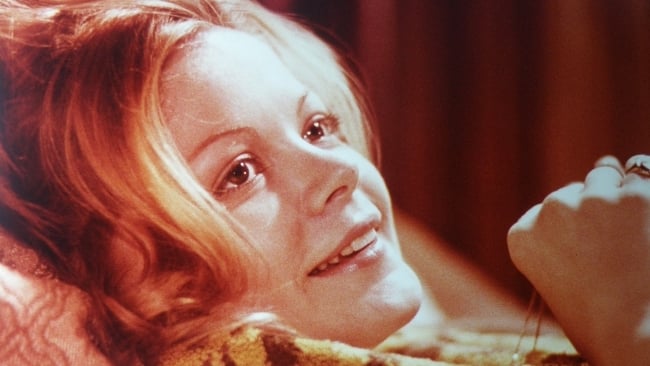 Robert Altman was a leading light of 1970s US cinema movement who exploited audio technology in innovative creative ways. Kevin Hilton looks at the sound styles of his films, focusing on M*A*S*H and the lesser known but still pivotal That Cold Day in the Park. By Kevin Hilton.

A film director's style can develop over time but the key techniques and preoccupations are often already there. Robert Altman is known for his large ensemble casts, semi-improvised dialogue, zoom work and overlapping dialogue. All this came together on his breakthrough, M*A*S*H, in 1970 but the previous year's That Cold Day in the Park, recently released on DVD and Blu-ray, shows these coming together, particularly his use of sound and fascination with what is heard and not heard.

Altman made attempts to break into mainstream features during the 1950s but spent the rest of that decade and much of the 60s directing TV episodes. He encountered resistance to his stylistic tics on shows such as Bonanza; similarly the producers of his first feature in ten years, Countdown (1968) objected to his use of zoom lenses and characters talking over each other.

The latter technique, borrowed from the films of Howard Hawks, became an Altman trademark. It is first heard to its full effect in M*A*S*H but features on That Cold Day in the Park (1969), a production that gave the then 44-year old director more creative freedom. There is definite experimentation in this film, ranging from almost incessant chatter and the ethereal, jazzy score of Johnny Mandel to near silence, punctuated only by background sounds.

The extremes of noise and quiet encapsulate the inner turmoil of Frances Austen (Sandy Dennis), a prim, glacial, rich thirty something woman who lives alone in the apartment she shared with her late mother. On the cold day in question Frances is hosting lunch for elderly friends 'inherited' from her parent. As they prattle inconsequentially in the background, she stands at the window staring at a young man sitting in the rain on a bench in the park opposite.

Frances later invites the young man, who is never named but referred to in the credits as The Boy (Michael Burns), inside to dry off and get warm. Mandel's music gives way to everyday, ordinary sounds - doors opening and closing, clothes rustling - which take on sinister qualities in the stillness. The creepiness is ratcheted up by her continual talking, as she fills the void created by the silent - but not mute - Boy.

Getting warm becomes staying in the guest room but once Frances has gone to bed The Boy climbs out the window and walks to his parents' house. The sounds of the street and fruit machines in amusement arcades he passes return us to some kind of normality after the quiet and isolation of Frances' ivory tower. When The Boy gets to his home the camera stays outside, tracking him in a crane shot. The audio mirrors this; noises shift from a baby crying to a radio to people talking upstairs as he moves through the house and out again.

This motif of observing life at a distance resurfaces when Frances, reassessing her life and priorities, visits a gynaecological clinic. The use of sound becomes more apparent during this sequence. While in the waiting room she listens uncomfortably to other women, filmed in long shot, discuss contraception and sex. This is filmed in a naturalistic, almost documentary style; the dialogue appears improvised but much of it is lost as the camera perspective changes.

Altman commented in Judith M Kass' book Robert Altman: American Innovator (1978), "Sound is meant to be heard but words are not necessarily meant to be heard." He added that what is important is what is not said, not what is said. This is evident during Frances' consultation with the gynaecologist, shot through the office window, giving the whole scene a vicarious, unsettling feel.

In M*A*S*H Altman expanded on overlapping dialogue and the idea of words as a sound effect rather than a means of conveying character or plot. Arriving at the 4077th mobile army surgical hospital during the Korean War, the subversive and anti-establishment Dr 'Hawkeye' Pierce (Donald Sutherland) makes his way to the mess tent with redneck surgeon Duke Forrest (Tom Skerritt).

Base commander Colonel Henry Blake (Roger Bowen) and his staff watch the new arrivals with annoyance. When Blake and his officers come over to introduce themselves, their names and greetings tumble on top of each other; this is initially frustrating but it underlines that individuals and personalities have been sublimated in the fog of war. This approach is used several times in the film, notably when Hawkeye and his partner-in-crime and insubordination, Trapper John McIntyre (Elliott Gould), browbeat Blake by talking across him.

Because Altman famously disliked looping - re-recording lines in post-production, also known as ADR (automated dialogue replacement) - such sequences put considerable pressure on actors and crew alike. This way of performing and recording lines came together on M*A*S*H but fell apart badly on McCabe and Mrs Miller (1971), which is notorious for its indistinct dialogue track. In Peter Biskind's celebrated expose-cum-examination of 1970s American indie cinema, Easy Riders Raging Bulls, Warren Beatty, who played McCabe, complained bitterly about the audio: "The sound in the first couple of reels, in which one would ordinarily expect the exposition would be laid down and had to be clear, was not clear."

Biskind writes that the reasons for the muddy recordings remain mysterious. The location shoot in Vancouver was beset by snow, wind and rain. Despite this, and the sound recordist having "a tough time getting a clean recording", Altman thought everything was all right and ignored Beatty's concerns. When film editor Lou Lombardo told the director the sound was bad he was also not heeded. "He never changed it," Lombardo told Biskind. "He accomplished what he wanted to do with sound in M*A*S*H - where it was audible but overlapped. But on McCabe it was recorded in there - a dirty track. It was like trying to get an out-of-focus picture in focus."

Altman countered by saying he was told the audio had been checked and rejected claims the end result was the way he had done it. Subsequent films featured overlapping lines but without the problems of McCabe and Mrs Miller. New technologies have helped in this and also allowed Altman to give later productions a blockbuster audio sheen. His 1993 adaptation of Raymond Carver stories, Short Cuts, employs surround sound obviously but with taste. The opening sequence features helicopters flying overhead, a reference to the airborne harbingers of trouble in M*A*S*H. At the film's climax an enveloping rush bird sounds and a deep rumbling announce the earthquakes that hit LA in 1992.

His final film, Gosford Park (2001), was atypical in its English country house mystery scenario but still featured a big ensemble cast that talked over each other in many scenes. Altman ensured clarity by using the then latest wireless microphones, although Shepperton studios is credited for ADR. One can assume, given the director's reputation as a maverick and an innovator, any looping sessions would have been done his way.

That Cold Day in the Park is released on Eureka!