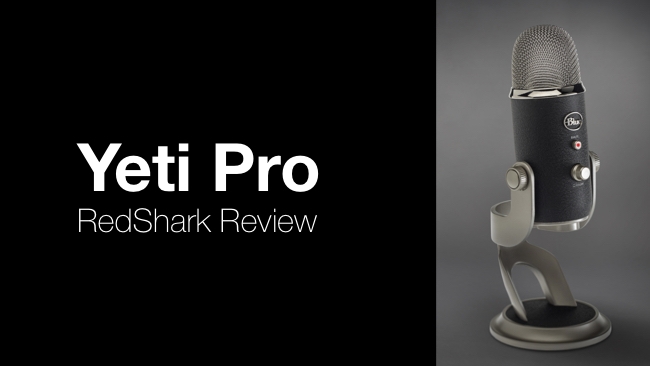 We recently got our hands on a Yeti Pro mic from Blue that yields performance, ease of use and flexibility at a price that can't be touched.

The Yeti Pro is the first Blue microphone I've tried. I specifically wanted to get hold of one because I do some podcast-type recording from my desk and occasionally need to record an acoustic instrument. The Pro is more expensive than its Blue siblings because it includes a lot of extra features.

But let's start with the mic first. Physically, it's a brute, in a good way. It's much bigger than you expect. In fact, it's much bigger than the box it comes in. By the time you have it in its stand, it's around a foot tall and it's easily the most dominating thing on your desk, but I really like the way it looks. Occasionally, I do video interviews and this would look very good in front of me. It's what I'd call "retro-minimalist," if that makes sense. Apart from the 'Blue' logo, there are no tasteless embellishments and, including the solid stand, the whole thing is a clever piece of functional design.

How does it sound? Very good to my ears. Audio from the Yeti Pro is rich and spacious. You get the highs from an acoustic guitar's strings as well as the resonance from the body, but all in a clear space that suggests that subtle details are being captured.

For voice, all I can say is that it sounds full and present. Several times when I've used it for Skype, I've heard caller on the other end of the line say that it sounds like I'm doing a voiceover.

There's every reason for it to sound good. For a start, it has three condenser mic capsules inside. These are cleverly arranged to give a multiple of directional options. The one you'll use most is Cardioid – the traditional heart-shaped pattern – gives a measure of directionality. Stereo creates a full sound stage, Bidirectional gives equal pickup to two voices or instruments each side of the mic and Omni picks up from all directions. 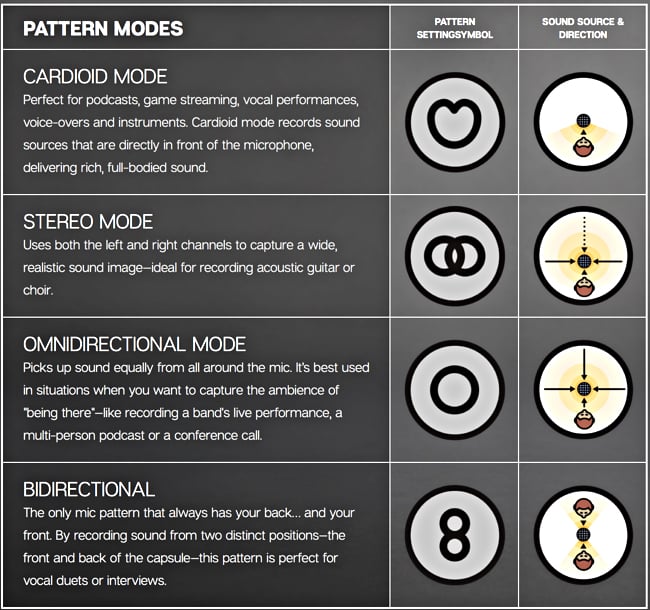 There's a clearly-marked knob on the underside of the microphone that selects the pickup pattern and you can easily try these out for the best effect.

This is, of course, a USB microphone, which is to say that it has an analogue to digital converter and a mic pre-amp included. It's possible to output at 192 kHz and 24 bit for very high quality recordings.

The Yeti Pro an extremely versatile mic. It has a gain control for the mic amplifier and a separate headphone level. Having a built-in headphone amplifier is useful because it lets you monitor the sound with zero latency. Since the microphone is essentially a complete audio I/O device, you can playback audio from your computer through it. This arrangement sounds pretty good and may even be better than the audio I/O you have built into your computer.

Software applications see the Yeti Pro simply as a sound source and it integrates very easily with most packages. I used it without any problems on my 2013 Macbook Pro running OS X Yosemite. It is compatible with Windows, too.

Sometimes, you just need a conventional microphone, one that you can plug into a mixing desk and you can do this, too, with the Yeti Pro, because it has a standard XLR output. You need to factor in that this device is not exactly lightweight, but with a suitable case it would be quite portable.

All of which adds up to this being a very nice microphone that is ready for almost everything. There will always be more expensive products, but having tried the Yeti Pro myself, I think I can honestly say that there is very little to touch it at anywhere near this price.

Prices in the UK seem to vary wildly but seem to average around £200.