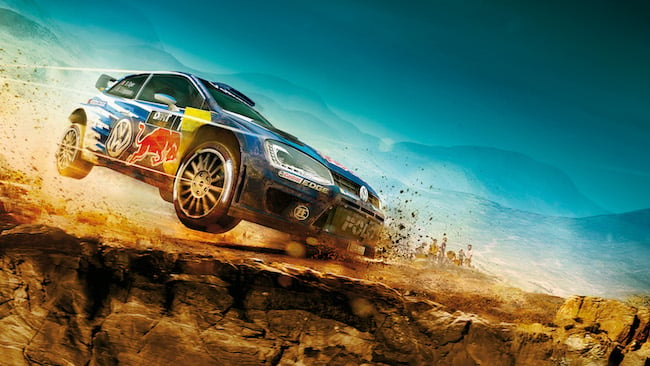 We’ve had an exclusive first look at a new case study microphone manufacturer DPA has produced about UK game developer Codemasters' use of their mics. And the attention to detail is astonishing.

Codemasters is one of the elite videogame developers in the UK, a studio that has managed to ride the increase in scale and costs associated with successive generations of gaming machines with style since it was first founded by the legendary Darling Brothers in 1986. Over recent decades it has carved itself a critically acclaimed speciality developing motorsports titles such as the GRID series – the official games of Formula One – and the DiRT series. Indeed, it’s the latest title in the latter, DiRT Rally, that has extended its use of DPA d:dicate mics to capture car audio into the next generation of gaming titles.

Chris Jojo is the Senior Sound Designer and the Principal Sound Recording Engineer for Codemasters Racing based at Codemasters’ Southam Studios HQ in Warwickshire.

For this latest release, which is currently enjoying a Metacritic score up around 86%, DPA’s d:dicate 4007, 4011, 4018 and d:screet 4062 microphones were a permanent fixture. Microphones were used across a whole slate of onboard recordings, ranging from classic Rally Era historics, Group B, A and 4 cars, as well as contemporary World Rally Championship and World Rallycross cars.

“A typical onboard mic installation for the latter sessions would comprise of up to 10 microphones, chased into the engine bay, over the exhausts and internally in cabin,” says Jojo.

“On DiRT Rally, the 4007 omni was often the primary mic of choice and channel for both engine and exhaust recording,” he continues. “It was positioned a few feet from the source for a more diffuse ambient effect, serving as the foundation binding the other chosen ancillary, close mic’d and discrete channels together at mixdown. It was generally mounted in the centre of the firewall in an engine bay, with one or more mounted above, centered on an exhaust via pressure cups, Manfrotto arms, or taped over blocks of memory foam for optimal off-axis positioning.”

To read the rest of the story, including a lot more detail about the mic set-up and precisely what you need when some exhaust levels, overrun pops and detonations can often exceed 135dB, head on over to our sister site, RedShark Sound.