The perfect use for an iPhone? The RØDE iXY microphone system 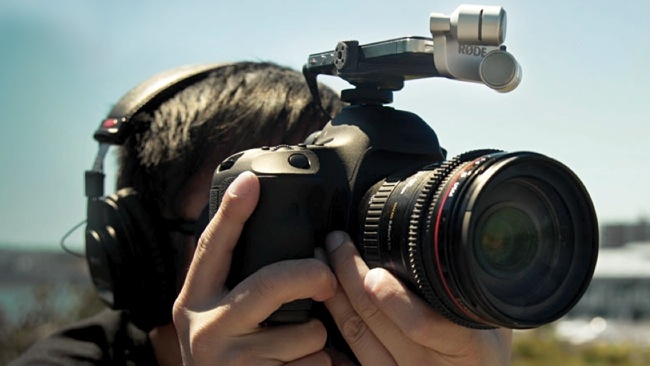 Around 1992, desktop computers became capable of recording digital audio. Not by themselves, of course: they needed sound cards (which were somewhat better than the onboard "bleep" facility) and additional, SCSI storage. You probably wouldn't want to take a 386 desktop computer to a live gig to record it, and if you did, you'd have to provide microphone pre-amps and all manner of other equipment to make it work. You certainly couldn't use a desktop-bound computer to record location sound alongside a camera.

Now we have smartphones and tablets

So what could be more ideal than simply plugging a high quality microphone into the 30 pin connector of an iPhone or iPad, using the tablet or phone's screen as a control panel, and making high quality recordings with an utterly minimal setup?

The other thing that's ideal about tablets aid that they have storage. You may think that your device doesn't store as many HD films as you'd like, but but in comparison to CD-quality audio, well, let's just say that you'll be able to record for hours and hours.

The RØDE iXY stereo microphone is a half-inch cardioid condenser configuration with the two capsules arranged at 90 degrees to each other for accurate stereo imaging.

The mics come with an iOS app (with a free version and a more advanced one for $5.99) that adds a range of useful adjustments such as high and low pass filters, as well as non-linear editing and one-touch publishing to SoundCloud, Dropbox, email and iTunes.

This is clearly an important product for RØDE, whose Founder and President, Peter Freedman said "the audio quality if the iXY is breathtaking and really affirms RØDE's commitment to providing the very best audio products available at a price that's accessible to the general public".

We can see diverse applications for the iXY system, from sound design to on-camera sound acquisition - neatly bypassing the limited audio facilities offered by many popular DSLRs and small camcorders.

Note that the current version only works with "traditional" 30 pin i-Device connections.