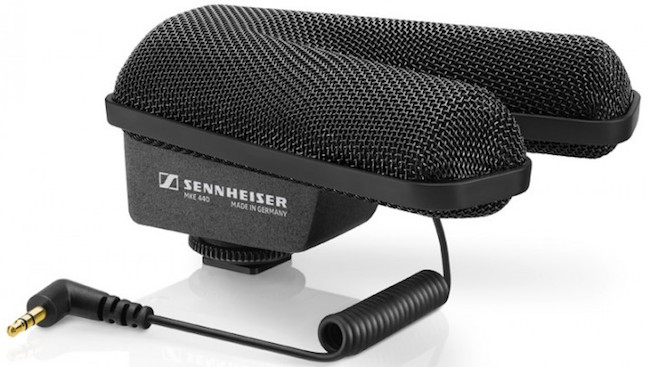 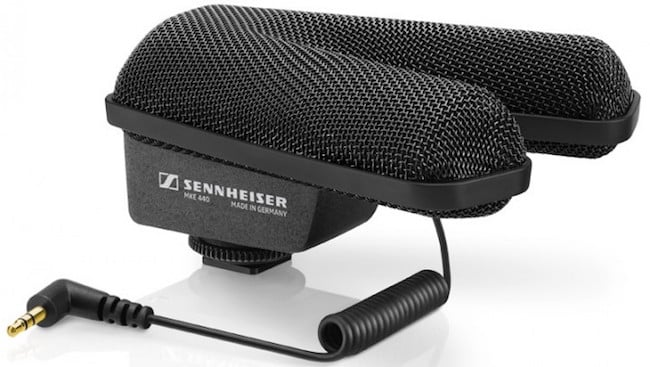 The Sennheiser 416 has long been considered the classic shotgun microphone by which other microphones are measured, so it's interesting news when they develop a new microphone aimed at the world of video.

Sennheiser’s new microphone, just announced at NAB in Vegas, is called the MKE 440 and it has been designed with DSLR users in mind. The new microphone is a stereo pair but in a new arrangement that Sennheiser has developed rather than the more usual XY stereo pair that you might be familiar with. The new V shaped arrangement is supposed to pick up sound that represents the viewpoint of the camera: the "camera angle" as Sennheiser call it.

Thus the microphone is able to pick up dialogue with a high degree of side rejection, so that the sound is very much forward-focused but, at the same time, it is also supposed to pick up just enough ambience from the environment to give you the atmosphere of being in that space without having to mix in ambient audio afterwards.

The idea seems to be that you can shoot video as a one man band, capturing the audio at the same time and still getting good results without as much mixing work in post. How well it will do that job we will have to wait and see, but hopefully with Sennheiser’s track record in audio, it has found the science to make it work well.

The microphone is a dual stereo mini shotgun microphone with an overlapping super cardiod patterns from the 2 capsules. The capsules are also shock mounted to reduce any handling noise. There is a switch for low, medium and high sensitivity. It also has a switch for a low cut filter. There is an LED to show that the microphone is on — which starts off green when on but turns to red approximately 4 hours before your two AAA batteries run out.

Availability is June 2016 and here are the tech specs: