Pro Tools is on the RADAR 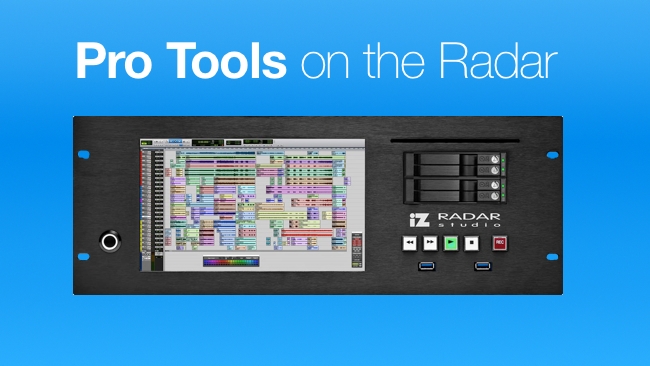 Pro Tools on the RADAR

Here's a new device that will run Pro Tools natively, and fully optimise it for multitrack studio recording

RADAR has a long history in recording studios. Originally distributed by Otari, it was first seen in March 1991, in the form of a 24 track hard disk audio recorder.

Now owned and developed by iZ, the RADAR is still a close cousin to a traditional multitrack tape dec, except that it's got the benefit of digital recording.

Having been a staple in high-end recording studios for the best part of 25 years, the latest iteration is one which can run third part DAW software, including Pro Tools.

We're not sure exactly how this works at a low level, but essentially the RADAR STUDIO is a PC that's optimised for audio in every sense. Most importantly it has multiple tracks of extremely high quality IO for connecting to a mixing desk.

iZ describes it as an "Audio Appliance", and it certainly has a good point with that, because configuring your own computer to work optimally with audio can be a non trivial task.

The idea of the RADAR STUDIO is that you can just turn it on and record.

We think this is a great idea. While it's tempting to think that any suitably powerful computer can be set up to be a multitrack recorder, issues like latency, RAM, and storage speed can cause problems with real-time multitrack recording. It all has to work, instantly and reliably. And that is presumably what iZ are trying to avoid with RADAR STUDIO.

iZ describes the sound quality from their converters as "breathtaking". We'll be interested to see how this concept goes down with the Pro Tools community.