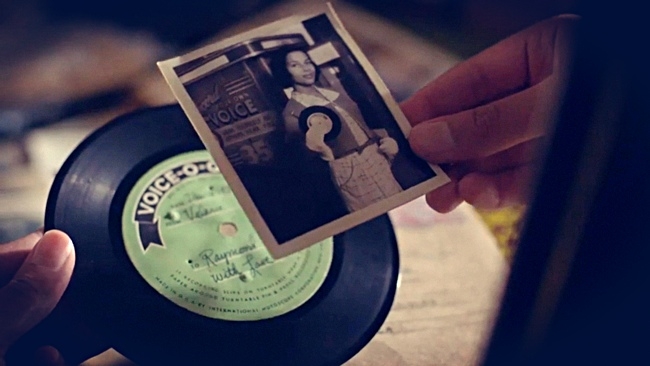 In our lifetimes, things have changed more than we can easily imagine

Occasionally, it's helpful to be reminded how far we've come in the last few decades. You don't have to look far for illustrations of this - just look at today's iPhone, which is more than fifty times more powerful than the original one launched seven and a half years ago.

But even the first iphone would have looked like, well, magic, to the users of the ""Voice-o-Graph" Record your own voice" booth that was around in the forties and fifties. This is clever little automated recording studio laid your voice down onto a vinyl record so that you could send an aural moment to your loved ones. If you made a mistake, that was it: there was no pause, rewind or overdub.

This inevitably sentimental ad from Apple shows how a  granddaughter recorded a duet with her grandmother's original recording, using Garageband.

The old technology is great - it even has one of those "tube" type digital counters - but the new tech is not only light-years ahead but is almost not like "technology" at all. It's just something that you "do".

Here's the commercial, with a fascinating "Making of" film to follow.