Microphones for Video: What you need to know

Replay: A microphone is a simple component that transforms acoustical energy into electrical energy. However, there is a lot to gain if you select the right microphone for the job. Eddy B. Brixen of DPA Microphones explains.

This article references DPA microphones, which is not surprising because the author works for them. It is not, however, a sponsored article. We're printing it because it contains extremely useful iformation. Other microphones from other manufacturers are available!

You may have asked yourself why there are so many different microphones on the market. While it is nice to have a lot of choices, the downside is that too many options can lead to making a less than perfect choice. So what should you look for when selecting a microphone? This article aims to answer that question by looking at microphone quality and why it is important, what specs to take note of, how to power your mic, and what you can achieve with a wireless solution.

Why audio is important in video production

Audio and video should go hand in hand. Considering perceived quality of a given production, it does not help much to have great images if the sound is bad. The quality of the sound affects the perception of the images. Getting the right perspective and the right balance is important in both video and audio production.

As you will know from working with images, if the quality is low, there are limitations to the extent of possible enhancement. If the audio is noisy, distorted or at low resolution, there are limits to what can be fixed in the mix. 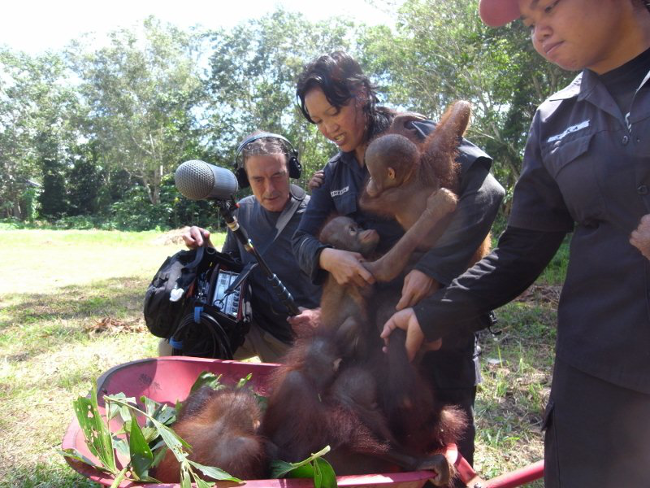 As with other equipment, the specifications of a microphone provide essential information. Serious microphone manufacturers will refer to an international standard (IEC) that states the conditions for the measurements in order to provide comparable data. Here are some of the important ones:

Sensitivity: This tells how much electrical output a microphone produces when it is positioned at a place where the sound pressure level is 94 dB re 20 µPa (94 dB equals 1 Pa). Low sensitivity (meaning only little voltage is produced) will be in the range of 1-5 mV, for instance like handheld vocal microphones. If the sound source is at a distance from the microphone, the microphone's sensitivity should be relatively high to produce a sufficient signal level: The sound source in the range of 10-30 mV. An example is the DPA d:dicate™ 4017B, a shotgun microphone with a sensitivity of 19 mV/Pa.

Selfnoise:  Every microphone produces noise. The noise or the noise floor determines how much the microphone can be amplified. Normally the 'built in' noise is compared to that of an external acoustical sound source that would produce a voltage on the output equivalent to the level, which now stems from the microphone itself.

In most specifications you will only find one measure, dB(A), A-weighted RMS-level, which shows the selfnoise in ideal settings. Serious manufacturers also present a peak measure, which is considered to provide better information, especially on condenser microphones, since it shows the maximum level of selfnoise (a higher selfnoise figure).

Directivity pattern: Directivity expresses how much the microphone picks up in the on-axis direction compared to all other directions in a three-dimensional space.

DSLRs or the big pro cameras?

The traditional 'big' professional cameras have a number of microphone inputs. Further, there is 48 volt phantom power available for powering microphones. This, of course, requires a battery capacity that is able to deliver all the power needed.

Small cameras like DSLRs may only have limited power available and perhaps only unbalanced inputs. Extra gear is therefore needed in order to connect professional phantom powered microphones. Many professional condenser microphones may have a power consumption which is higher than that of a built-in microphone. High power consumption is not a positive feature. However, it is to some degree a necessity in order to provide good signal handling in a condenser microphone.

One solution is an external battery box that can provide the 48 volt (that is normally a DC to DC-converter with balanced XLR-connectors). In this way, the microphone or microphones will run independently of the camera batteries. Some microphones may have built-in batteries. Some microphones may still work if the supplied voltage is lower than what is required. However, the microphone specifications may then no longer apply. Typically, one can experience a lower max SPL, higher distortion and even higher selfnoise. So to get the best out of your condenser microphone: Supply the power specified.

In many cases, it is an advantage to use a wireless transmission set, i.e. an ENG transmitter and receiver. The receiver is relatively small and should be mounted on top of the camera; some transmitters may have the capacity to deliver the power for the microphone.

A microphone should always generate a waveform that is analogue to the sound pressure in front of the membrane. Positive going sound pressure should result in a positive voltage at the 'hot' pin. You can say that the acoustical signal and the electric signal is 'in phase'. If you only have one microphone, it doesn’t matter much. However, if you are mixing more than one microphone, it is important they all have the same polarity.

Different brands have implemented different polarities in their wireless transmission systems. This is due to the fact that some manufacturers are not able to produce a small microphone that has a positive going voltage on the hot pin for a positive going sound pressure at the membrane. In order to secure the right polarity of the output of the receiver, the polarity is reversed in the system. Reversed + reversed = non reversed.

The DPA d:screet™ series are all in-phase as required by the standards. Therefore, make sure that you check the polarity compatibility on especially cheaper miniature microphones and wireless transmission systems. If it turns out that your system is out of phase, you should consider introducing a polarity shift. In a balanced system, this is easy, as you simply swap the signal wires in the connector.

One thing that is important in sound for video is speech intelligibility. Being able to hear a recorded voice is not necessarily the same, as this sound guarantees high intelligibility. In Western languages, the consonants are important. The major part of consonants is found in the 1-4 kHz range. Unfortunately, this frequency range is attenuated, for instance, when placing a clip microphone on the chest of a person, or when placed under clothing, or when a microphone is equipped with heavy wind shielding. If that is the case, the signal must be corrected by equalising.

As mentioned, placing a microphone somewhere on the body of a person may help in getting close to the sound source, and thereby reduce the amount of background noise and room reverb. However, the sound field will be different, depending on where the microphone is positioned. Therefore, it is important to have a microphone that is either corrected for its actual position or has an output that is good enough for equalizing. 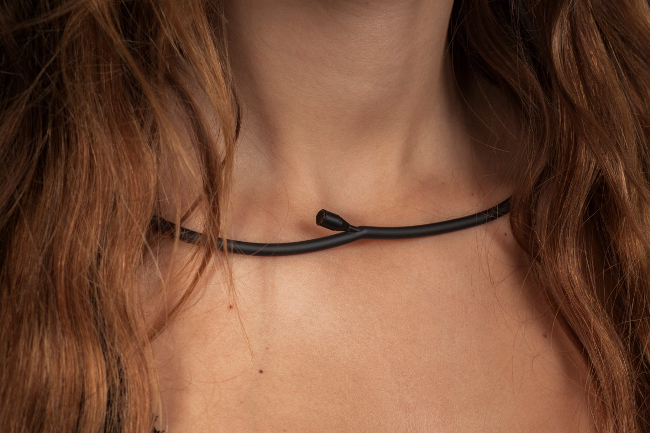 Also remember that there is at least 10 dB difference of SPL between different positions on head and body. The highest level obtained using a headset microphone 'at the corner of your smile'. A microphone at the chest of the same person has approximately 10 dB less SPL signal to work with (and a different spectrum on top of that).

Recording surround sound can be done in two ways: Either using a series of microphones or one microphone designed for surround pick-up. The DPA d:mension™ 5100 Surround Microphone is an example of a 5.1 microphone unit that, in a plug-and-play fashion, will put your surrounding soundscape directly on the tracks. 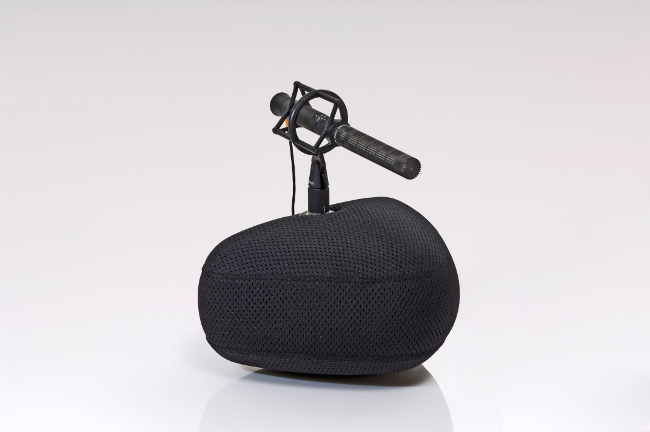 The individual microphones of the DPA d:mension™ 5100 unit are calibrated so you just have to set unity gain on all input channels. You’ll need five or six tacks for the surround microphone and perhaps one or two additional channels for spot mikes. An external 8-channel audio recorder will do absolutely fine.

Microphones are more or less sensitive to wind. In general, directional microphones are around 10 dB more sensitive compared to omnies. There are many different windscreens to choose from. However, select ones that do not attenuate high frequencies too much. Some microphones have a built-in filter to compensate for this loss. The DPA d:screet™ 4017B is a shotgun microphone that is equipped with such a filter. 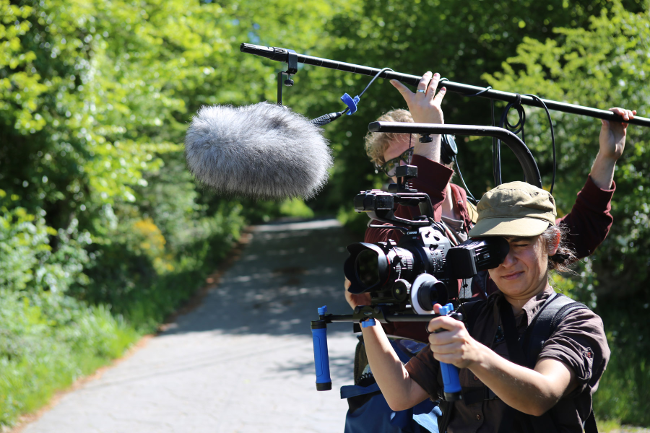 In the end, microphones are a matter of personal choice. Find your way through the jungle, select the ones that work for you. But always remember - life is too short for bad microphones.