The Atomos NEON monitors were first announced in 2019, but now they are finally here, producing near grade 1 quality for a fraction of the price you’d traditionally expect to pay. 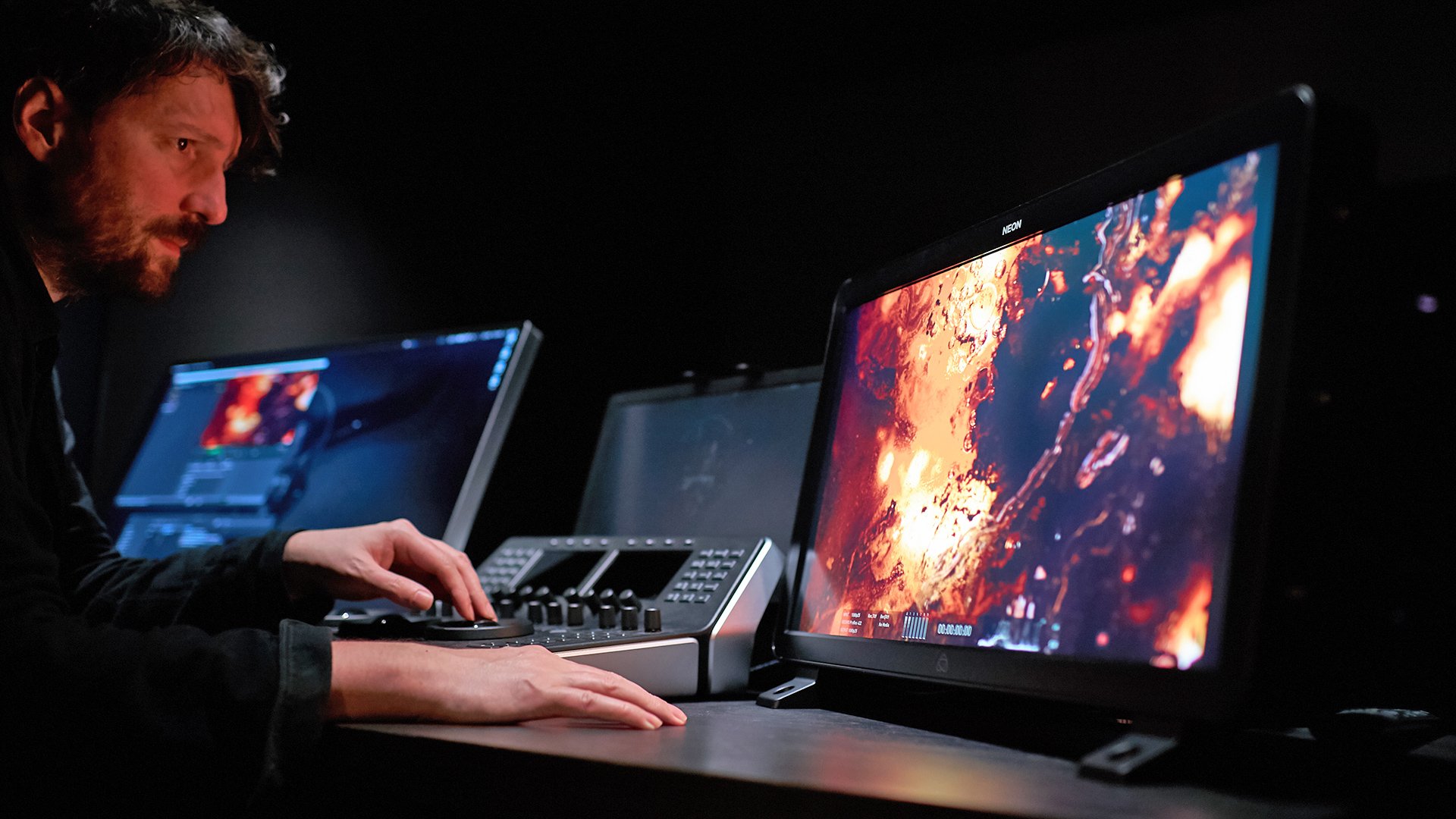 A grade 1 quality grading monitor a fraction of the traditional cost certainly sounds a great deal. To be completely transparent this isn’t what Atomos is promising, however we have been lead to believe that while there are certain caveats attached, such as the fact that these will not show standard definition images or conform to other EBU standards for the grade 1 rating, the new NEON monitors do apparently have the colour consistency and display quality you would expect from a really good quality grading monitor.

The displays are factory calibrated, but can also be user calibrated using  a calibration cable and Xrite Display Pro Plus system. Available in 17”and 24” sizes, the NEON monitors will display up to 4K DCI 60p footage, as well as record it to an SSD. This latter function might prompt some puzzlement given that these are designed as on-set references and studio grading monitors. However it does mean that footage can be played out in realtime from timelines if you need to output quickly without rendering, or need a quick reference for someone.

The NEON 17” is a 1920x1080 10-bit panel, which scales the 4K input as well as being able to display it with a 1 to 1 pixel mapping option. The 24” model meanwhile is a true 4K display. Both use Full Array Local Dimming backlight technology, similar to what you see in the company’s Shogun 7 HDR monitor/recorder, and are capable of 1000nits of full screen HDR peak brightness. Furthermore there’s a dynamic contrast ratio of 1,000,000:1 and a 180 angle of view over both the horizontal and vertical axis. 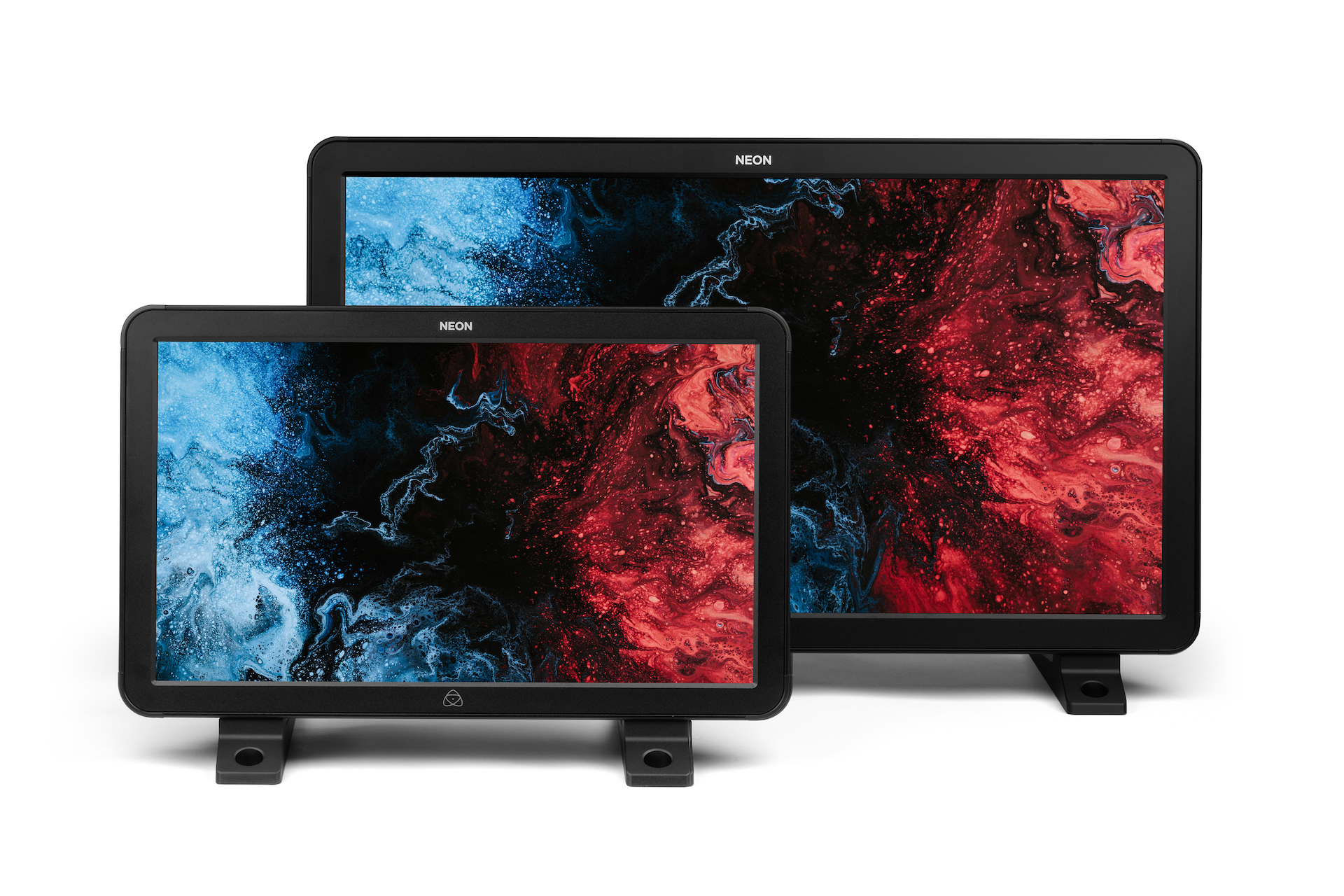 The displays cater for everything from Rec.709 through to Rec.2100 HLG and sT.2084 PQ, while built in transforms allow the conversion of LOG to HDR for display, or use 3D LUTs to down convert to SDR. But perhaps the most unique part of the monitor is the modular I/O system. This means that inputs can be added or replaced easily without needing to decommission the monitor for repair. Instead if an input or output becomes damaged users only need to replace the I/O unit.

The Master Control Unit is firmware upgradable and allows the upload of 8 lots to its internal memory, or to use an attached SSD or HDD to store an unlimited number. The MCU offers a second level of connectivity via the Xpansion port and NEON includes the AtomX SDI module which provides 2 x 12G SDI.  The configurable ports allow for input of up to 4k60p video with backwards compatible support for single or dual link 1.5G/3G/6G SDI or the ability to toggle between A and B cameras.

File naming is supported for RED and ARRI cameras so that proxy recordings can be made to the device with accurate timecode and matched file names.

The NEON monitors can be configured and controlled via LE Bluetooth using Apple iOS devices. When the monitors are connected to an edit machine via HDMI or SDI they provide 10-bit baseband monitoring and are not affected by the computer OS ICC profile.