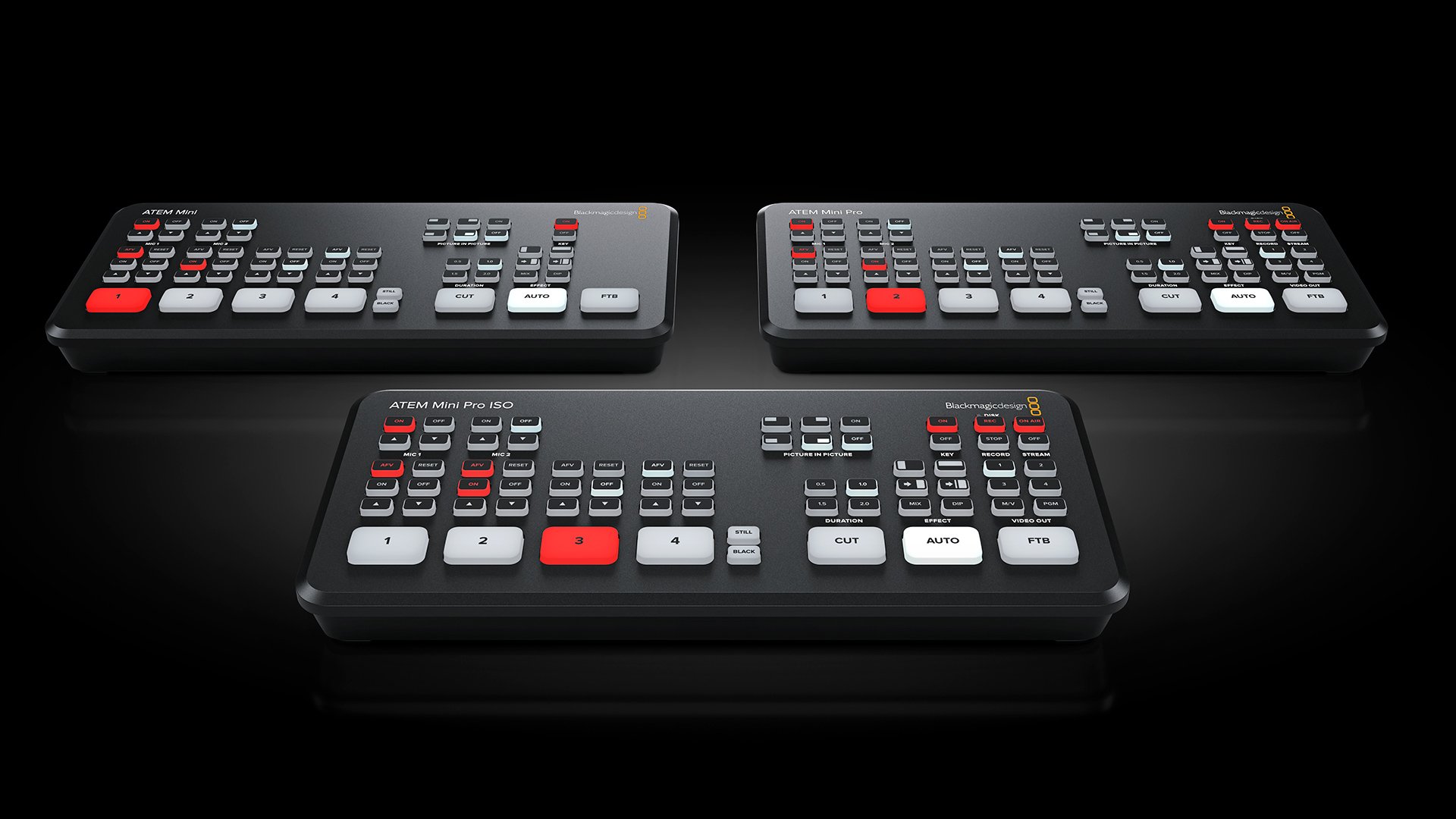 The ATEM Mini Pro was already a very capable and affordable switcher, which was recently updated to allow a full all-in one live studio set up to be created using Pocket Cinema Cameras. The latest version of the ATEM Mini Pro, the ISO, now allows the recording of five separate H.264 video streams in realtime (four inputs plus the live edit), but now includes the ability to be able to open that live edit directly in Resolve after the event. That’s everything, all your footage, all your edits and transitions, audio (recorded in wav format by the ATEM switcher for each individual source), and graphic and media pool assets.

This also includes metadata tags such as synched timecode and camera numbers. The advantages to this are easy to see, particularly if your live edit will not be the final version. This will mean that most of the leg work can be done during the live event, with final edit tuning, grading, and audio mixing being possible after the event instead of being hard coded into just the live edit.

The footage is available in Resolve in multiview, so new shots can easily be edited in, but it is also possible to relink to Blackmagic RAW files if they were recorded to camera at the event. Clearly this opens up even more possibilities for high quality post production since it means that although the ATEM Mini Pro is a HD switcher you can still finish in 4K. 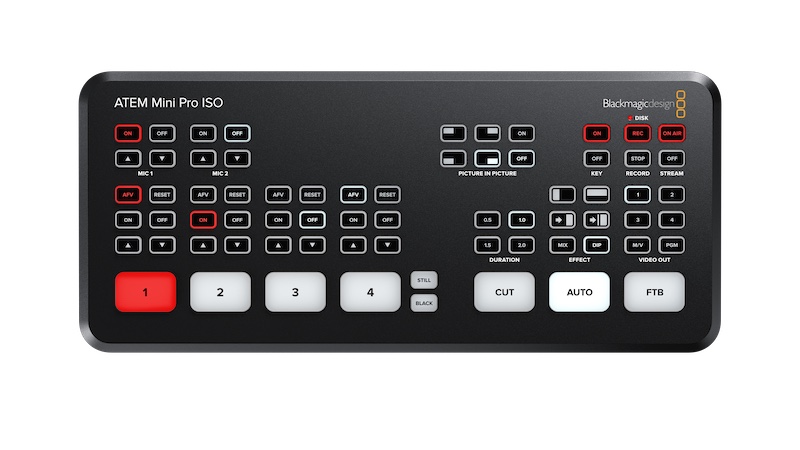 • Built in support for recording each input as a separate ISO file.

• Supports connecting up to 4 cameras or computers.

• USB output operates as a webcam and supports all video software.

• Multiview allows monitoring of all cameras on ATEM Mini Pro.

The ATEM Mini Pro ISO is available now for US$895. A new version of DaVinci Resolve is also available now to be able to use the new features, as well as a new firmware for the Pocket Cinema Cameras.

But that wasn’t all Blackmagic announced today. It also announced a new ATEM Streaming Bridge device. This is a converter that will decode the live stream from an ATEM Mini Pro switcher and converts it back to SDI or HDMI video. 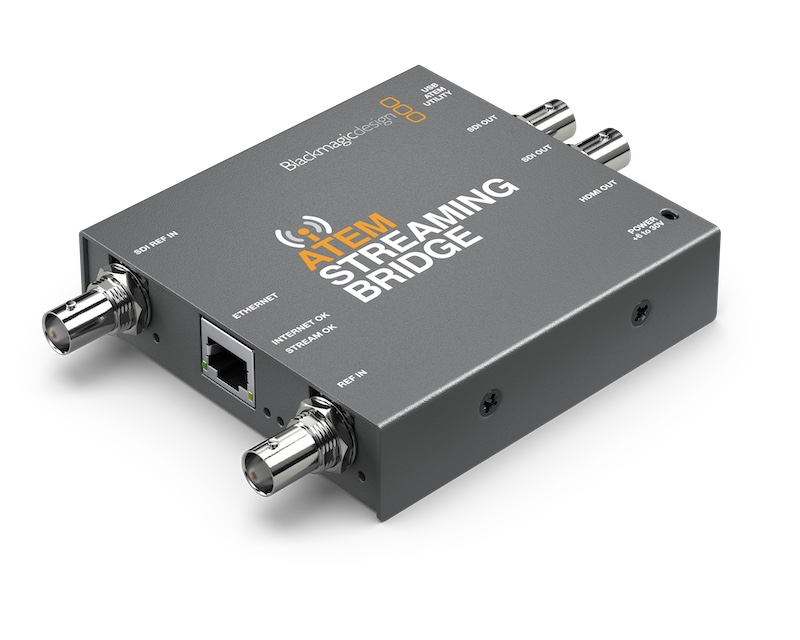 In effect this means that H.264 video can be streamed to anywhere in the world via the internet, so the ATEM Mini Pro can be used as a remote broadcast studio. Imagine as a low budget producer being able to go live to, say, someone in San Francisco when you are doing your main stream from London.

The ATEM Streaming Bridge will be available in August for US$245.