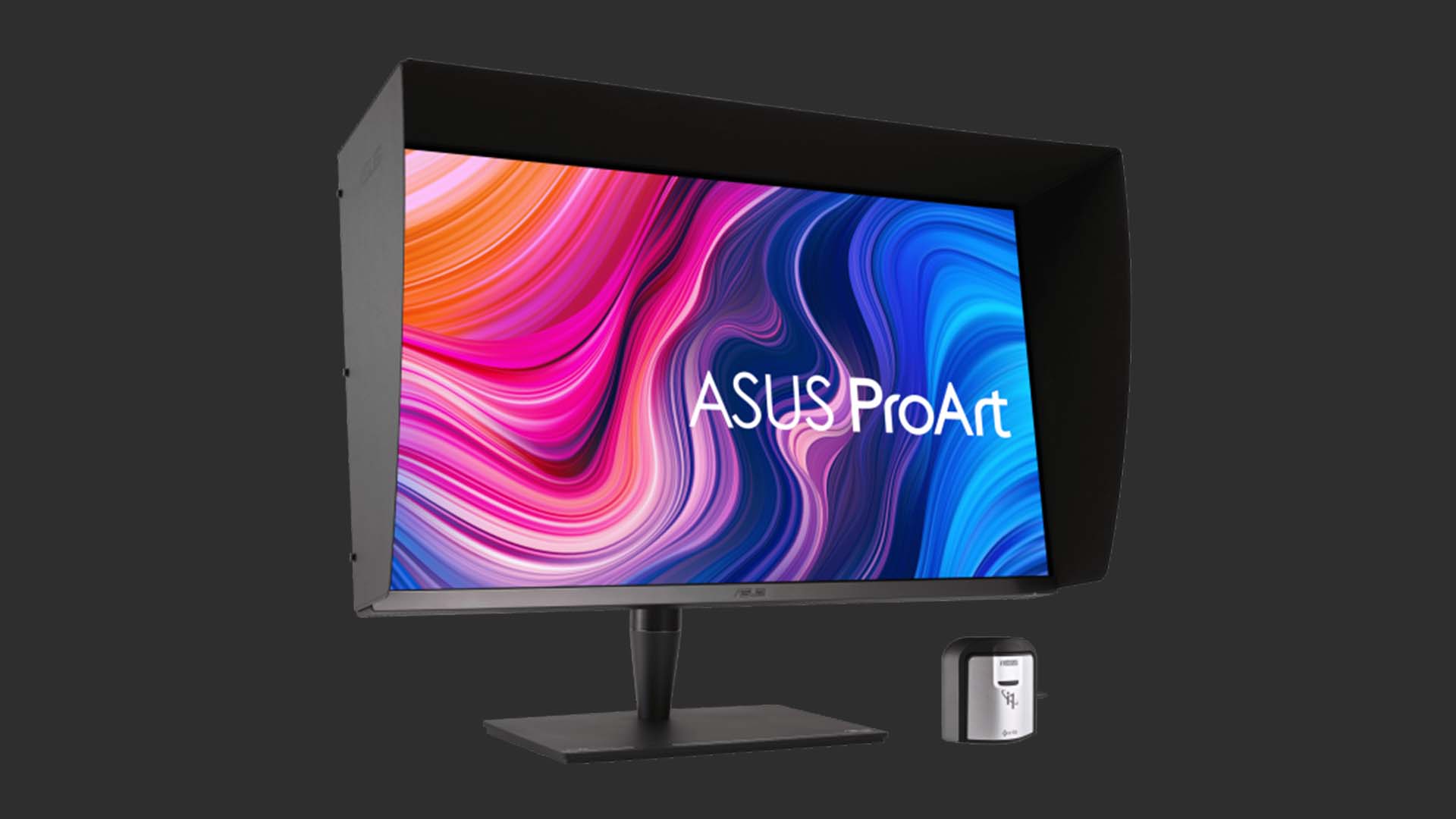 Asus has recently released version 1.0.7 of its ProArt monitor calibration software for macOS. Blake Jones put it through its paces.

This new Mac version of the ProArt monitor calibration software mirrors its new version 3 software for the Windows operating system. Although the software is still listed as being in the beta stage, it’s extremely stable.

Accurate monitor calibration is so important when color grading to make sure that what you see on the monitor is what your client will be seeing when they watch your film. Asus delivers all its monitors pre-calibrated from the factory and the calibration is extremely accurate.

However, from time to time it’s a good idea to do your own recalibration. Asus has made this extremely simple with the ProArt line of monitors and the Windows version or the new macOS version of this software which can be downloaded free of charge from the Support page of the Asus website.

Installation is very simple. I downloaded the compressed file from the Support page and, after uncompressing it, I simply dragged the application to the Application folder on my computer. The developers have added some very nice additions though. For example, once you launch the application, you’ll see a series of prompts that will inform you about settings on your monitor and computer which should be set in order to ensure a smooth calibration process. 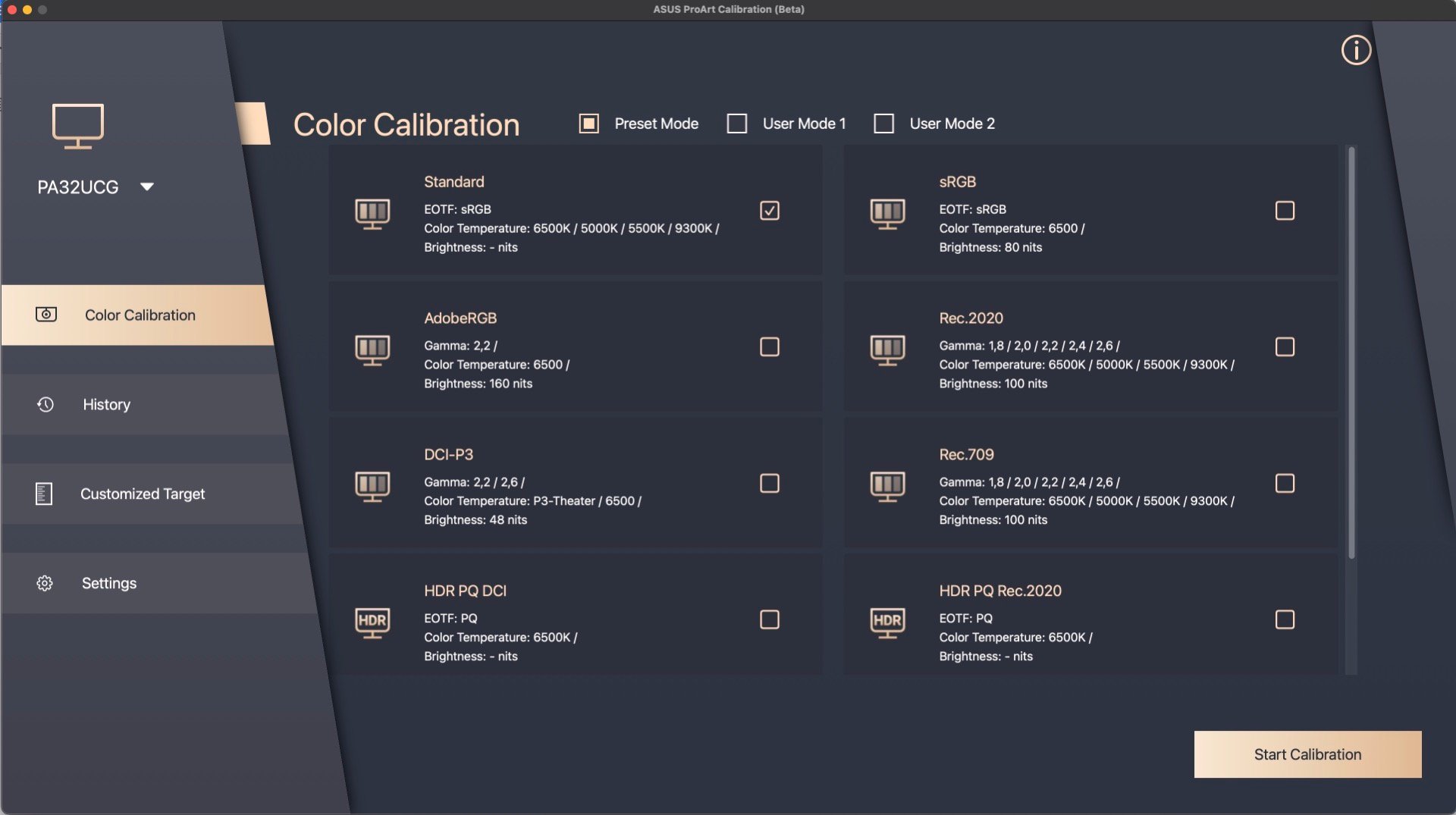 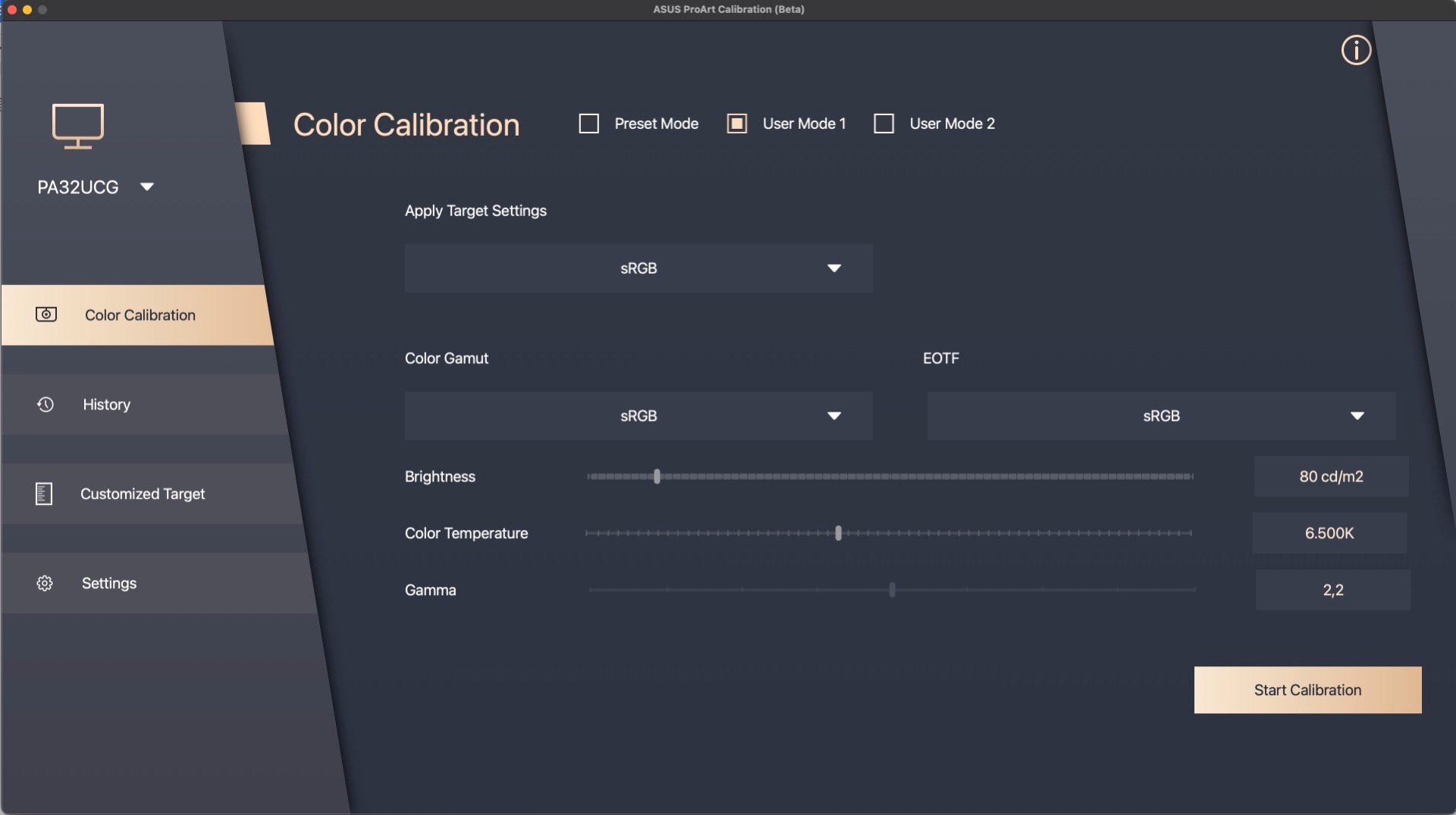 Depending on the monitor being calibrated, there is also the possibility to set up a reminder function that will let you know when it’s time to calibrate your monitor. There is also a handy History tab in the Calibration graphic user interface. This will show you all the calibrations which have been done using the software. This also allows you to see the calibration reports showing which probe was used for the calibration and which monitor was calibrated.

There is also a section pertaining to Customized Targets. This area allows you to store non-default value settings so as to see when these also may need to have further calibration.

I found the calibration process to be fast and simple using the new calibration software from Asus and the results were fantastic.