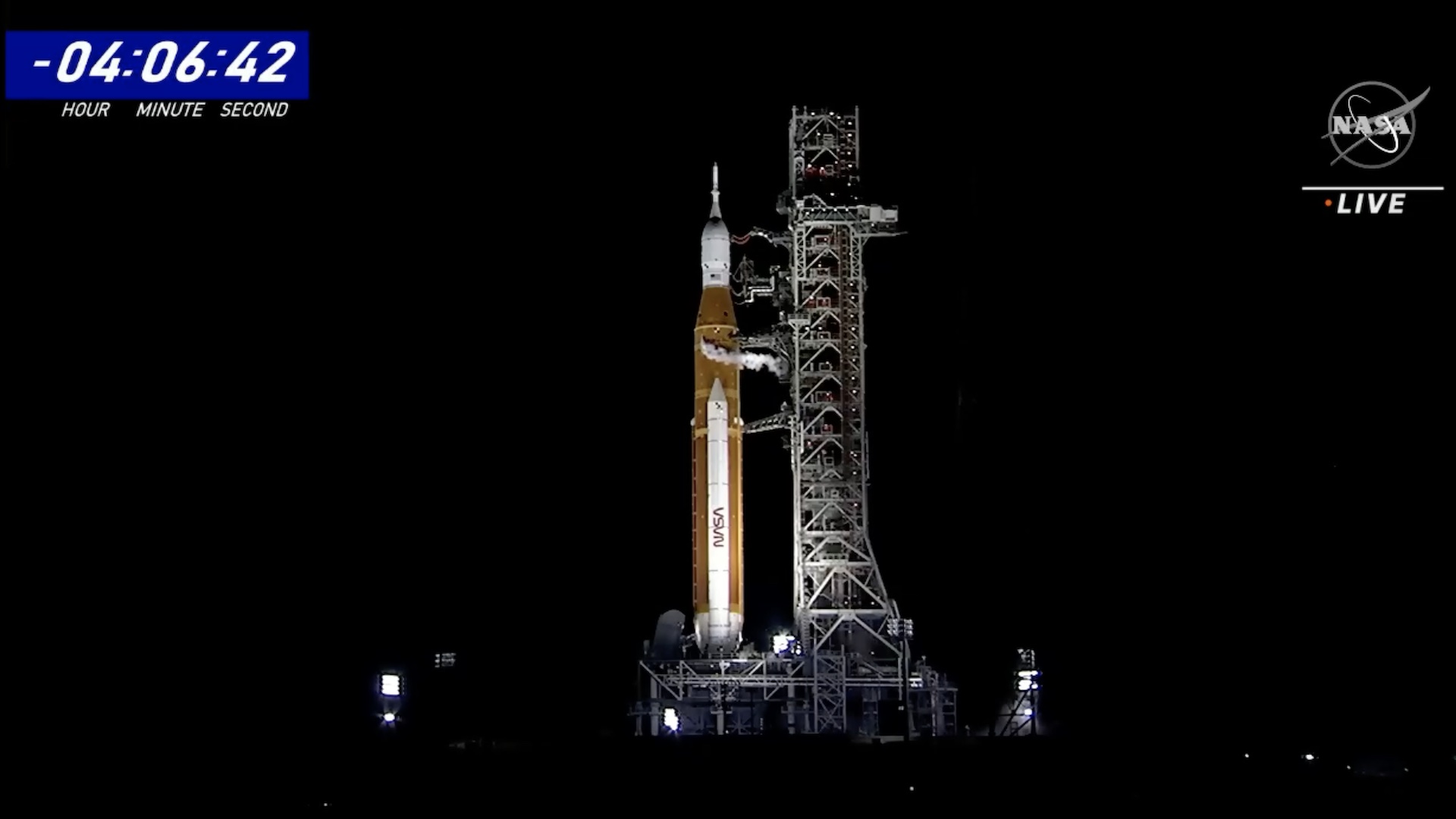 Okay, so a lot of things can go pear-shaped with this story, but NASA's new SLS rocket hopefully lifts off for the first time today and it's going to be worth watching.

[Update: Launch well and truly jinxed. A bleed test to get the RS-25 engines on the bottom of the core stage to the proper temperature range for liftoff was not successful, and NASA ran out of time in the two-hour launch window. Next attempt in a few days...]

Over on Launch Complex 39B,  the Orion spacecraft and the Space Launch System (SLS) rocket are preparing for lift off for the first time from Kennedy Space Center in Florida.

The uncrewed mission is called Artemis I and, if successful, will be the first in a series of increasingly complex missions to build a long-term human presence at the Moon for what NASA says is decades to come, with the future aim of a mission to Mars very much in everyone's mind.

The primary goals for Artemis I are to demonstrate the Orion spacecraft’s systems in a spaceflight environment and ensure a safe re-entry, descent, splashdown, and recovery  prior to a first flight with a crew on Artemis II.

And why should you watch? because it's going to be spectacular. SLS will be producing 39.1 meganewtons (8.8 million pounds) of thrust off the pad. That's close to 15% more than the Saturn V rockets that sent the Apollo astronauts on their way to the Moon, so it's no wonder that upwards of 200,000 people are expected to throng the local beachways and causeways to see it take off.

And, as ever, if you're not in Florida NASA TV is the place to watch it fly. Launch is scheduled for 12.33 UTC today, with more windows available as the week goes on if this one gets scrubbed.