The rumours have been rife, but yesterday Apple finally confirmed it is replacing Intel chips in its computers with its own custom ARM processors. 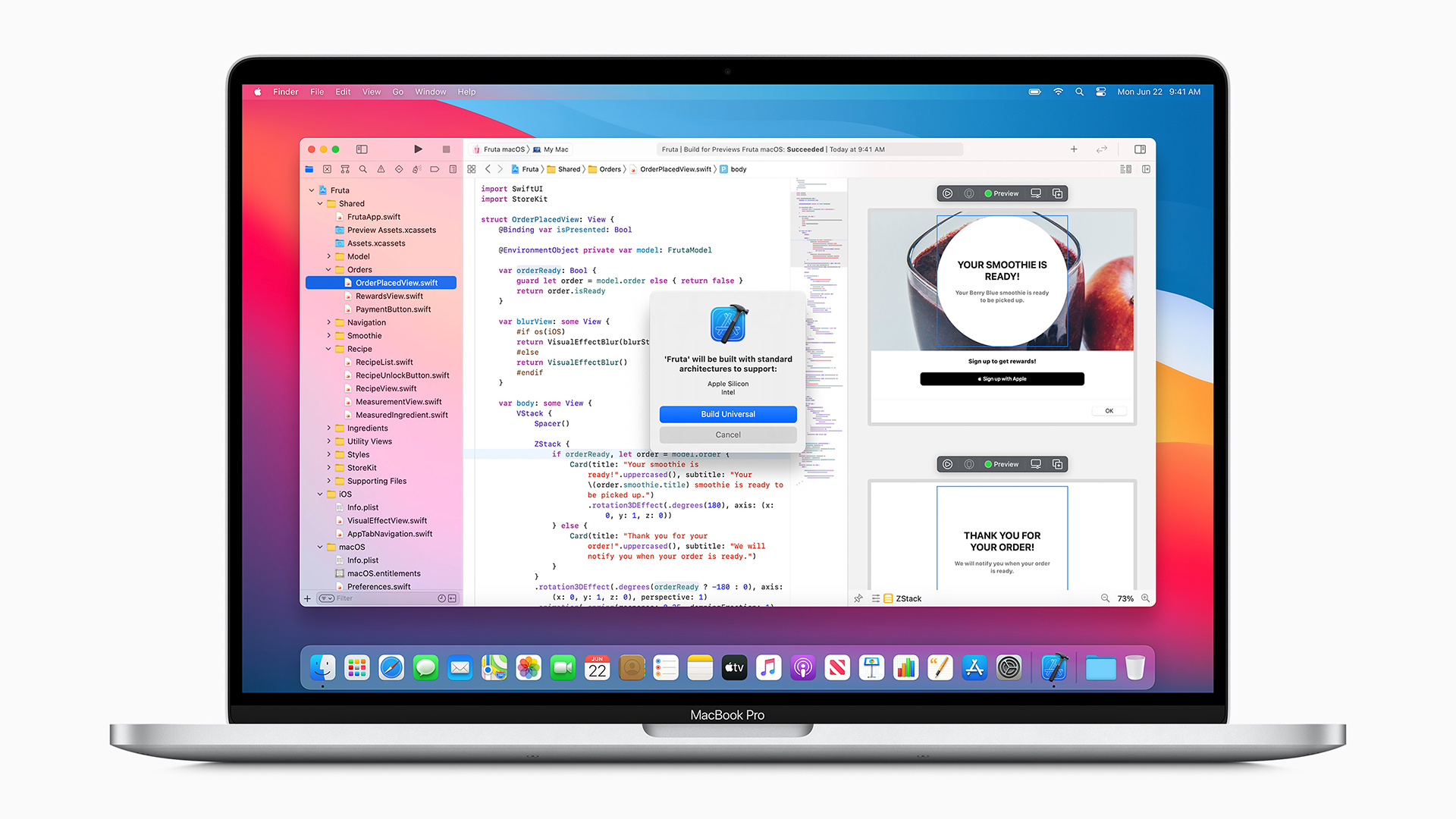 Apple moves to ARM. It has made processor transitions before, but this one holds huge potential for both processing power and power consumption. Image: Apple.

The rumours were right: Mac is migrating to Apple’s own silicon with ARM-based Mac Mini’s shipping to developers within days. The first Mac products for customers to buy will ship by the end of the year and the entire transition period, presumably including Mac Pro, will complete within two years.

During the transition, Intel Macs will continue to ship and there are even ‘exciting’ new Intel-based Macs that are still to be released. Unsurprisingly, Apple promised support for Intel Macs for years to come, even if no specific timeframe was revealed at WWDC.

The power of the Z12Z processor

One of the most remarkable features of the reveal was that while speculation has centred on Apple’s upcoming A14 chip being the foundation of macOS on souped up ARM hardware, WWDC’s demos and the Developer Transition Kit (DTK) hardware itself use the A12Z from the 2020 iPad, albeit with RAM more than doubled from 6GB to 16GB.

This meant not only super smooth presentation of the new Big Sur macOS release, but impressive showcase presentation of Microsoft’s Office suite running natively on ARM - Word, Excel and PowerPoint posed no problem to the A12Z leveraging Metal for smooth scrolling and a neat 3D layered effect on PowerPoint. Adobe was represented with Lightroom showing a rapidly scrolling library of heavy DNG files, while PhotoShop was shown working smoothly with a 5GB file and plenty of layers.

For most developers, Xcode will allow for production of a universal Apple/Intel binary within a matter of days. Apps which have survived the migration to 64bit-only Catalina should come across quite smoothly.

For legacy apps that aren’t updated on day one, Apple has brought back the Rosetta technology last used with the PowerPC to Intel transition, but now thoroughly modernised for what’s in any case an easier transition. In most cases, Rosetta 2 will translate a legacy app while it’s installing for the first time. It will also support live translation for apps that require it.

As an example of a translated app running on the A12Z, we saw 3D modelling app Maya smoothly handling a 6 million polygon scene, maintaining frame rate as shaders and texture applied. We also saw the game ‘Shadow of the Tomb Raider’ running at 1080P with remarkable smoothness.

For all the prior speculation on this transition’s technical benefits, what today’s presentation needed to do was to show rather than tell, to demonstrate the potential of the switch more than simply talk it up. How completely all the demos were purely on A12Z with no added extras is impossible to say right now, but the impression of sheer performance from a chip that’s essentially a 2018 A12X with an extra core enabled is more than a little startling.

The huge potential of ARM chips

Exactly as the A-series benchmarks have indicated, the A12Z is fully capable of running macOS and outperforming a current generation Intel MacBook Air today. The potential of A14, let alone Apple silicon specifically tuned to macOS laptops and desktops is truly exciting.

Now one of the most important cautionary notes might come from a previous WWDC where Apple’s pro apps team emphasised the difference between perceived performance and technical performance - specifically how a poorly handled import menu could disrupt a workflow however fast the underlying hardware. These sort of granular app issues could hardly be handled during a technical reveal like this, but it’s a useful reminder of the importance of the transition from demo to shipping hardware with software on the Mac App Store ready to go.

For Apple’s own apps, they’re already universal binary and that includes pro apps such as Logic Pro X and Final Cut Pro X. Customer demands for FCPX on iPad have always seemed a bit optimistic, but watching the A12Z handle 3 4K ProRES RAW videos running with macOS was stunning. Of course, the Mac Mini has far more RAM, mains power and a far larger thermal envelope to operate within, but once again you wonder if iPad developers should be doing more. Similarly, the price/performance/battery life of an ARM MacBook Pro is tantalising to speculate on.

Final Cut Pro X also provided an interesting glimpse of Apple’s Neural Engine hardware auto-cropping some live video footage. As we covered in our article anticipating this change, the core benefits of a far better performance and lower cost A-Series chips is accompanied by easier integration of other silicon designed by Apple from Secure Enclave to advanced power management, accelerated cryptography and more. Routines developed to speed 4K video processing on an iPhone can be easily available on Mac.

Also enabled by the transition is iOS apps which will be able to run without modification. The demo showed three apps running simultaneously, including the game Monument Valley. Quite what this means for users considering a rumoured MacBook 12-inch or a iPad Pro with Magic Keyboard is interesting to consider - could a MacBook be a cheap iPad Pro without touchscreen? Or will the first generation ARM Macs come with touchscreens to better leverage iOS apps?

For virtualisation, there was a brief glimpse of a Linux VM using Parallels Desktop, but x86 and Bootcamp wasn’t mentioned.

As part of the introduction to ARM, Johnny Srouji set out what Apple’s in-house team have already accomplished: beginning with the A4 in 2014 they’ve achieved 100x CPU performance increase over just ten generations. For GPU performance, beginning with the A5X designed to drive the iPad’s retina screen, there’s been a 1000x increase over 10 years. Over 2 billion Apple SoCs have shipped already, so you can trust us to deliver on macOS was the message.

The past few years have seen Apple rebuilding bridges with the professional community, resurrecting the Mac Pro, introducing the iMac Pro and fixing issues with the MacBook Pro. All of that coupled with the potential of Apple’s silicon makes for an exciting road ahead. For non-Apple users... if the A-Series chips live up to their potential, Microsoft’s experiments with ARM for Windows - such as most recently Surface Pro X - are likely to be renewed with a vengeance.

In fact, possibly the highest praise for what Apple is accomplishing across its entire eco-system came from ex-Windows boss Steven Sinofsky commenting post WWDC20 that “[Apple] not only makes great products for a billion people but is doing so in a way that sets the highest bar for how things are made.”