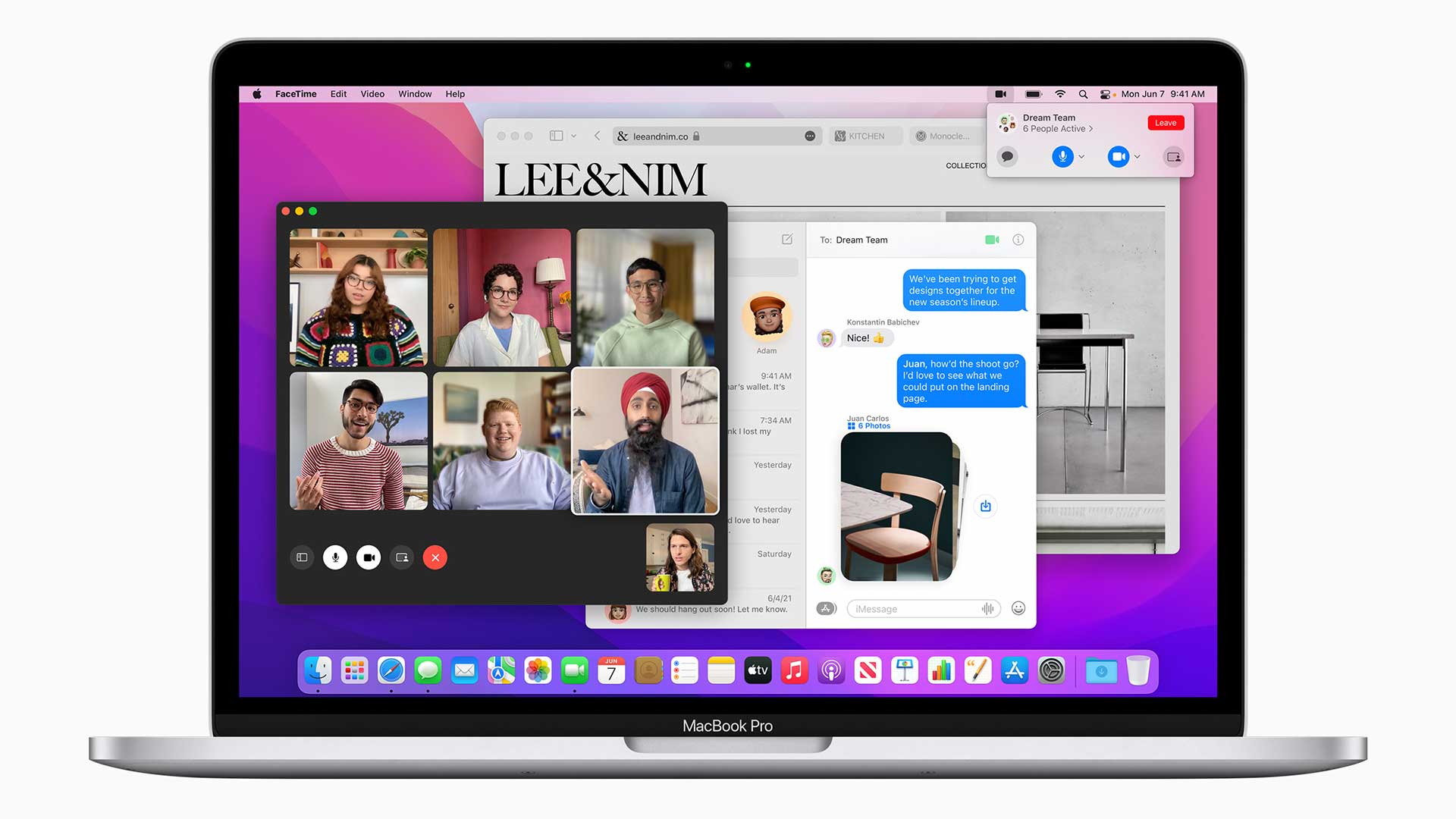 A comprehensive update for Apple at WWDC21 of a sprawling eco-system in the time of the pandemic.

In the midpoint of a two-year migration to Apple Silicon, there was an expectation of the next step for Apple Silicon. An M1X or M2, plus higher performance MacBook Pro’s, maybe a preview of a Mac Pro? Fifty percent of Apple’s World-Wide Developers Conference have hosted some kind of hardware launch, but this wasn’t one of them. Previous virtual-only Apple events have been short and snappy, this wasn’t one of those either, taking nearly two hours to update us on everything from home automation to sharing family health data to macOS.

The iPhone is still the main event and kicked off WWDC with a slew of lockdown inspired updates. FaceTime was a headline upgrade with spatial audio for more engaging sound alongside an option to mute background audio, you’ll also be able to schedule FaceTime calls via calendar, share with Android/Windows users via in browser functionality and more easily share media. The latter includes watching a movie or TV show together, from Apple, Disney or other partners.

iMessage also gets a refresh with new ways of sharing and displaying images, plus plenty more emoji. 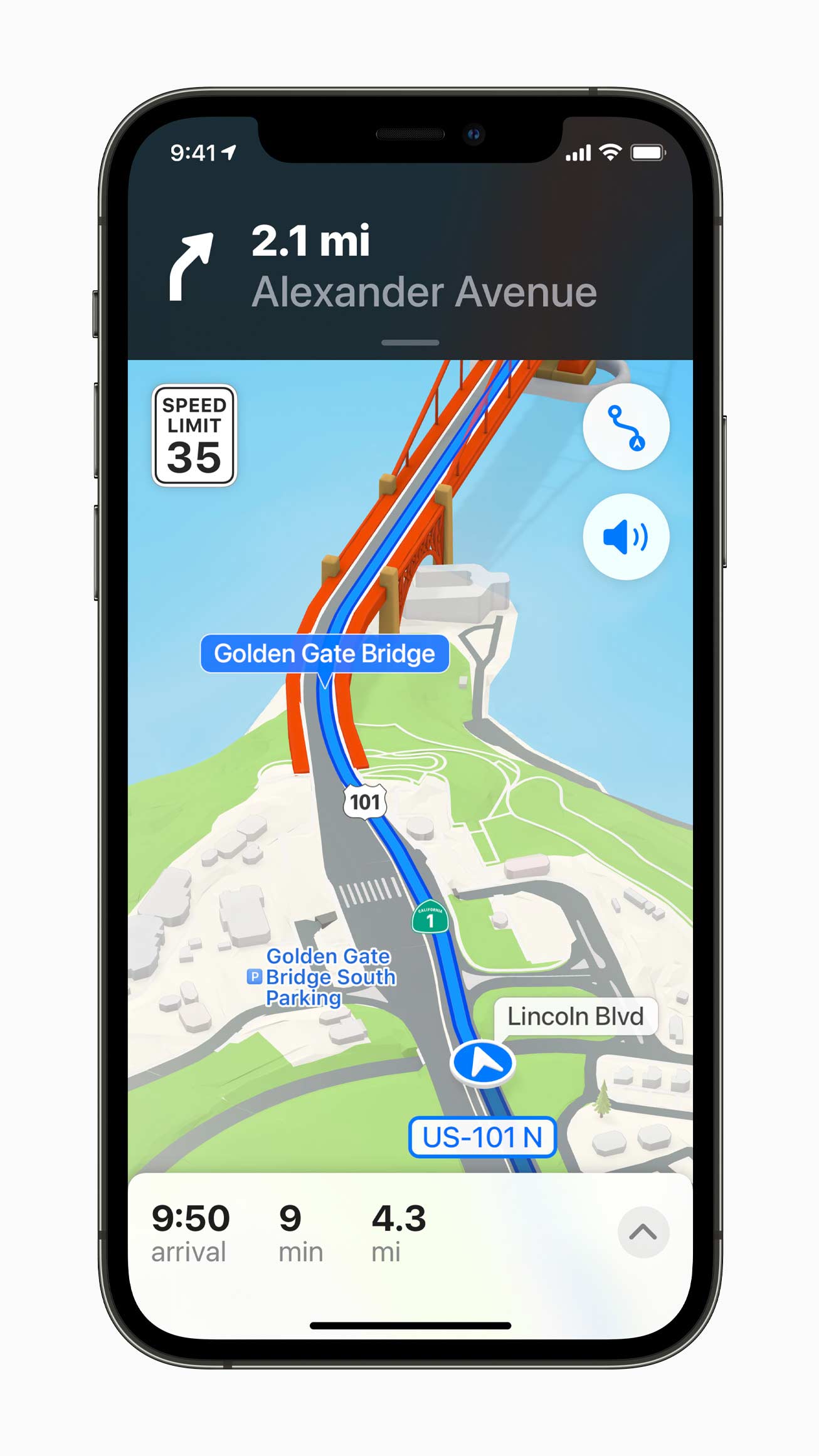 Notifications are being updated once again and there’s an interesting Focus mode allowing you to set different settings for say work or home. During the day certain apps such as Teams or Slack and certain people would be enabled for notifications, but then in the evening they could be automatically muted and different people and apps take priority. There’s also more powerful controls to mute and fine-tune notifications as needed for set periods.

Live Text allows for on-device scanning of written text such as in whiteboards (for directly scanned into a text editor) or photos for smarter searching.

Apple Maps is constantly battling with Google Maps over accuracy, but in terms of prettiness the new update is downright charming with night-lit 3D buildings being a particular highlight. More practically, the detail on on road markings looks stunning (where supported).

The 2021 M1 iPad Pro’s led to fevered anticipation of Apple’s Pro apps finally arriving - Final Cut Pro, Logic Pro, XCode… With a top-end 2TB iPad having 16GB of RAM, there had to be a reason for that? How about the full macOS as an iOS app, launching automatically when a keyboard is detected. How about full-blooded support for external monitors? Wouldn’t there at least be an updated Files app that reliably reported transfer rates for files? Is that too much to ask for when M1 iPads have Thunderbolt?

In retrospect, this talk was a little optimistic (apart from the file transfer progress bar - that’s there).

Widgets came to iPhone last year, but were severely limited on iPad. In iPadOS 15, just like on iPhone, you can now place widgets on any app page. Pages of apps are easily hidden with a click - hide all those overseas travels apps until 2022 perhaps? - you can also for the first time drag and drop the order of pages. There’s an App Library where Apple will organise all your apps, plus there’s a new larger size of widget for iPad only. Widgets will make iPads more fun, more customisable and functional. But it will take time for developers to fully realise potential which, even on iPhone today, is very much work in progress. 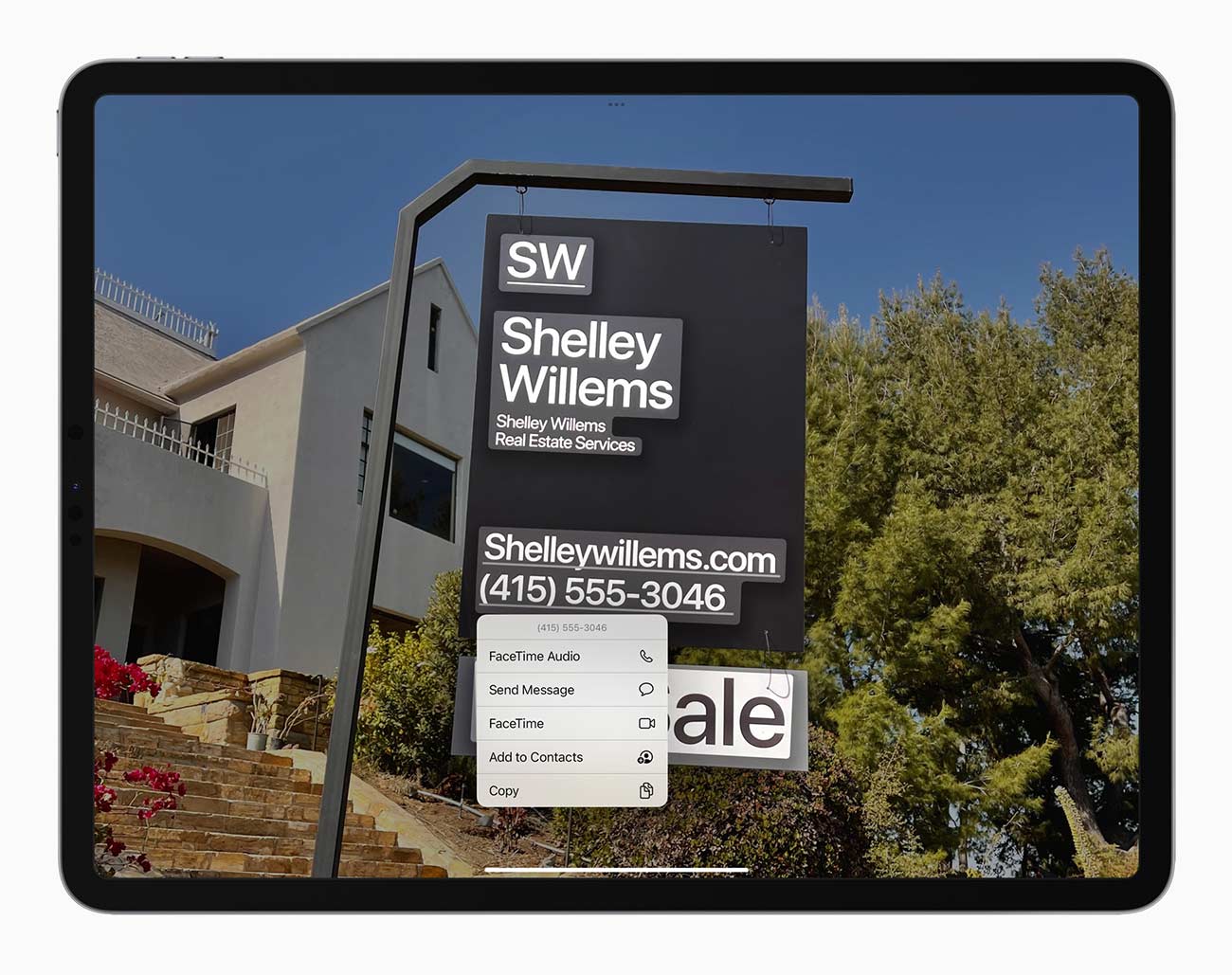 The camera can now identify text and call phone numbers or add to contacts from it. Image: Apple.

Multi-tasking on a device intended to be single-screen / single window experience has pushed Apple’s UI creativity to the limit. Split View and Slide Over are imaginative features, but without practice are too easily forgotten about. In iPadOS 15 there’s no abrupt shift to desktop style-windowing. Instead, Apple have added refinements so it’s easier to access and utilise these features. You can dismiss one half of a Split View display with a swipe up, then quickly pull-up a replacement app from the Home Screen. An email can be pulled over the top, then minimised. There’s also a ‘shelf’ feature which makes it easier to view all open windows for any app and create new Split Views. There’s also enhanced support for keyboard shortcuts.

2021 is not transformative of the iPad experience in the way many hoped. It’s still undoubtedly a major release, but it will take hand’s on time to judge just how well it’s executed, plus developers to jump onboard to fully realise the full potential.

The way Apple has been promoting LumaFusion could’ve been seen as deflecting anti-trust attention prior to FCP’s iOS arrival. The reality seems to be that with heavyweight Mac Pro and MacBook Pro devices on the horizon for new classes of Apple Silicon, the pro app teams will be focused there for a good while yet. If you’ve got a workflow on iPad today, iPad OS 15 promises to make it even better.

The shift from Intel to Apple Silicon has seen Mac sales rocket and drawn more excitement to the platform as any time since the iPhone pushed it to the sidelines. Even so, the core messaging remains bringing across iOS features and making the cross-device eco-system even stronger.

That said, there are two features that stood out from a professional perspective.

ShortCuts began as a simpler, more visually appealing iOS version of macOS Automator functionality. As with most things iOS, it’s benefited from considerable development - much more so than Automator - and now it’s coming to Mac in a multi-year process that will include the ability to port over Automator workflows. For users who need to automate repetitive workflows, this is very good news indeed.

One simple example of a ShortCut was someone opening their Mac, saying ‘hey Siri design’ and having a set of apps launch, a music playlist and so on to immediately create their favoured workspace. ShortCuts is capable of far more than that though - batch processing stacks of images to a specific size, adding a watermark and exporting to a server is just scratching the surface of its capabilities.

Universal Control received a very cool demo by Craig Federighi using a MacBook keyboard/trackpad to transfer content and device control by simply moving the cursor from the edge of an iPad screen to the MacBook to iMac. For users who’ve bought keyboards with toggles to switch control between devices this was a usability revelation. Simple and effective. A beautiful example of how smoothly devices (in a demo) can work together. In reality, cutting and pasting between two different apps on iPad can be tricky, but the promise is enticing.

From a professional perspective, each macOS update is a balancing act between stability and new features. Catalina’s shift to 64-bit only apps was necessary but painful part of an update that took a long time to bed down. Big Sur brought in a fresh new iOS-inspired look that fitted perfectly with the M1 migration. Monterey seems to be again moving the Mac platform forward without any obvious pitfalls other than raising the bar for what Macs are supported by a couple of Mac model years.

The sheer number of platforms that Apple and its developers now service made this WWDC something of an endurance test. A single hardware announcement could easily have overshadowed everything revealed in this virtual keynote which was more about refinement and iteration than transformation. With the quantity of new Macs now shipping and the prospect of new Pro arrivals later in the year, refinement rather than radical innovation is no bad thing. There was also a lot on privacy and on-device processing, including an intriguing Private Relay for iCloud users which seems to be effectively an Apple VPN with traffic encryption and no speed penalty. (Unsurprisingly, it won’t be enabled for China.)

Also announced at the event was the activation of Spatial Audio, Dolby ATMOS and Apple Lossless for Apple Music subscribers - no need to jump on the beta programme, it’s enabled with iOS 14. For supported tracks, such as Ariana Grande’s latest track, the relevant logos appear beneath the music artwork.

The developer betas are available now with public betas following in about a month, but as ever proceed with caution ahead of a likely Autumn release once they exit testing.

Why fast lenses are difficult to make