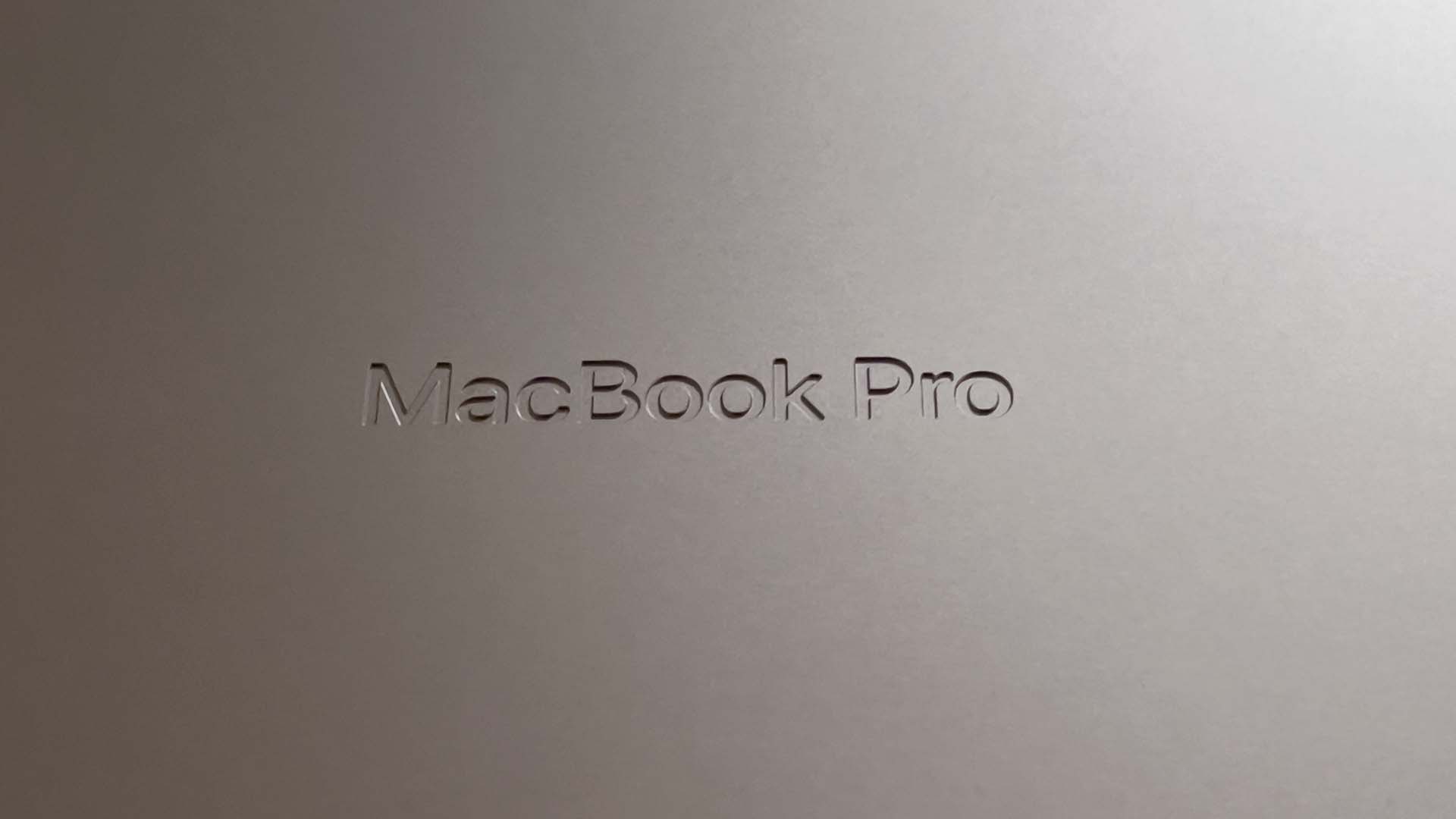 The new M1 MacBook Pros have been all over the internet. Here's a personal first impressions perspective of the M1 Max.

Yes, I know everyone and their dog has already posted reviews and first impressions of the new M1 Pro and M1 Max laptops; however, I'm going to give you my real world first impressions, based upon how I use the computer daily now that the dust has settled somewhat.

First a bit of background. My old machine is a late 2016 MacBook Pro, and it has served me well. It's been with me all over Europe and into Africa and it has worked pretty much flawlessly. I didn't suffer any issues with the butterfly keyboard, and I'm one of the only people in the world who liked the TouchBar! 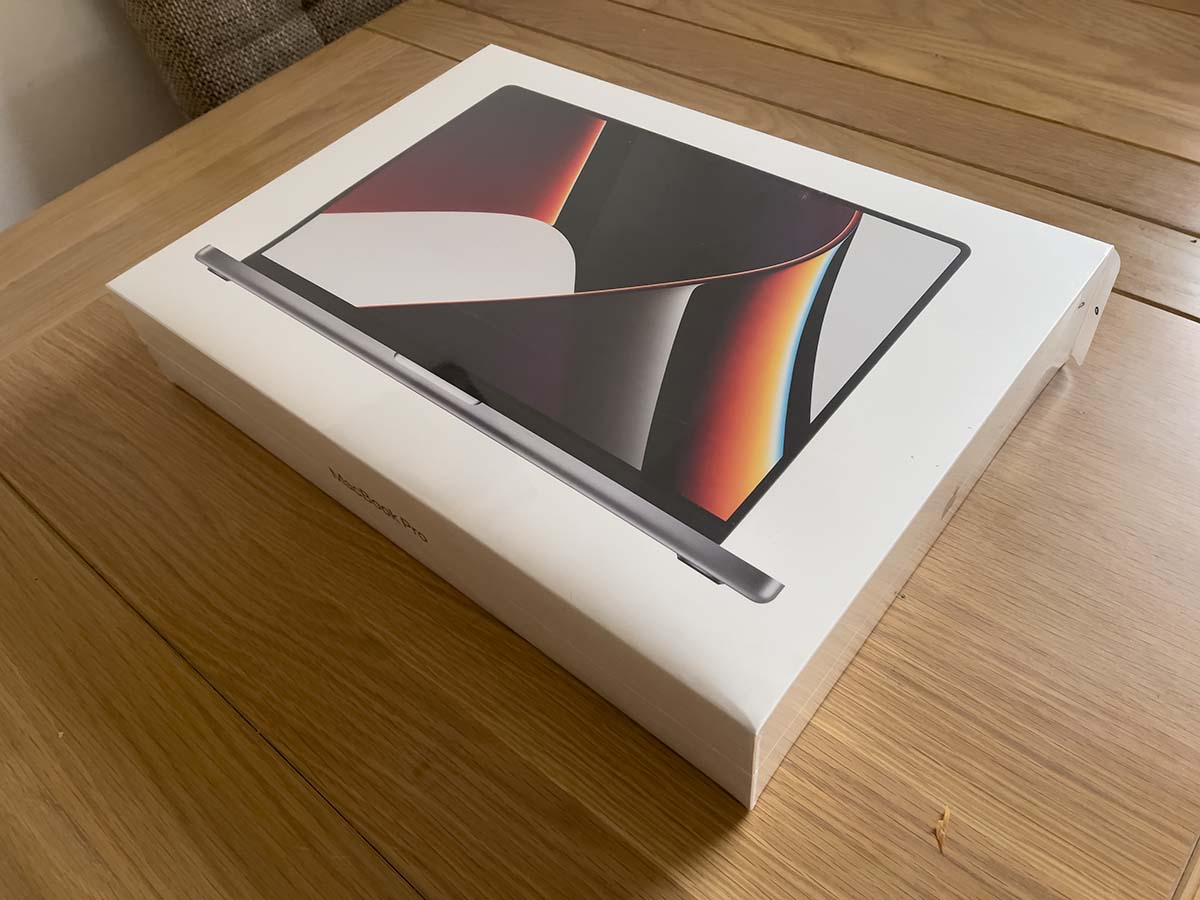 A lot of my work is just day to day writing, which might make the new M1s seem overkill! But I'm still a video producer, and I still test new cameras with ever newer codecs at ever-increasing resolutions regularly. Unfortunately, my old MacBook Pro simply wasn't cutting it anymore, and the battery left a lot to be desired too. Not only that, but the fan noise on it also became a huge issue when trying to record voiceovers. I needed something new, it had to be something that would last a good few years, and it had to be portable since I often work away from home.

I had put off buying an M1 Mac last year because I knew these more powerful, larger-screened versions were going to arrive at some point very soon. So I'm very glad that I held off.

I went with the 16-inch M1 Max with the base 32GB memory config and a 1TB SSD. I didn't even use the full 512GB of my old machine's SSD because most of the big files I handle are kept on external drives. The Max might seem like overkill, but with most of the computationally intensive things that I do, it's the GPU that tends to do the grunt work. So to have that bit of extra power to handle things further down the line, I decided the Max was the way to go, and after a 1-month wait for the backlog, it finally arrived.

Apple's packaging has always been good. The only plastic used in the modern one is an outer layer of cellophane; although this could be recycled, I'll have to find out. The rest is high-quality cardboard made into highly intricate shapes to protect the laptop and accommodate the MagSafe power cable. Oh and there's a protective sleeve for the laptop itself that feels like it may be paper-based. 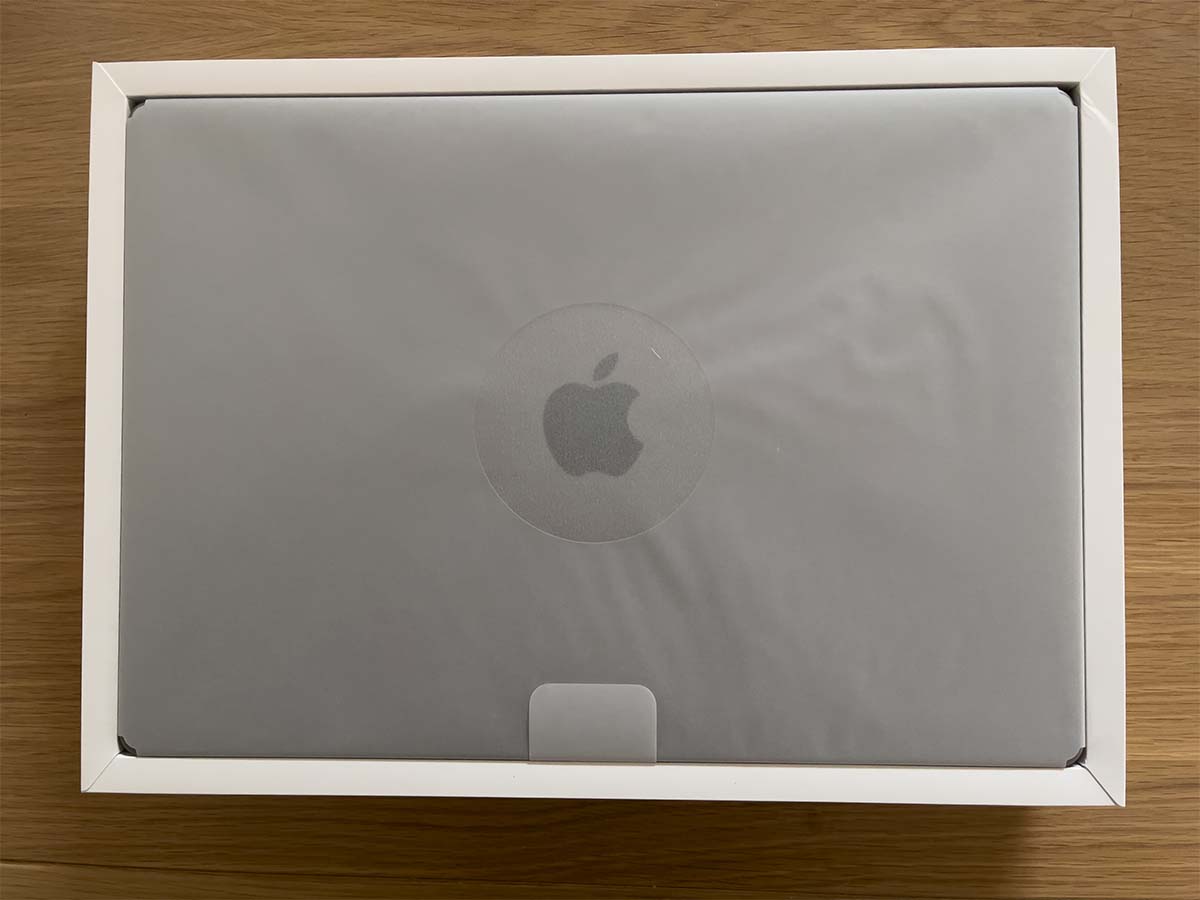 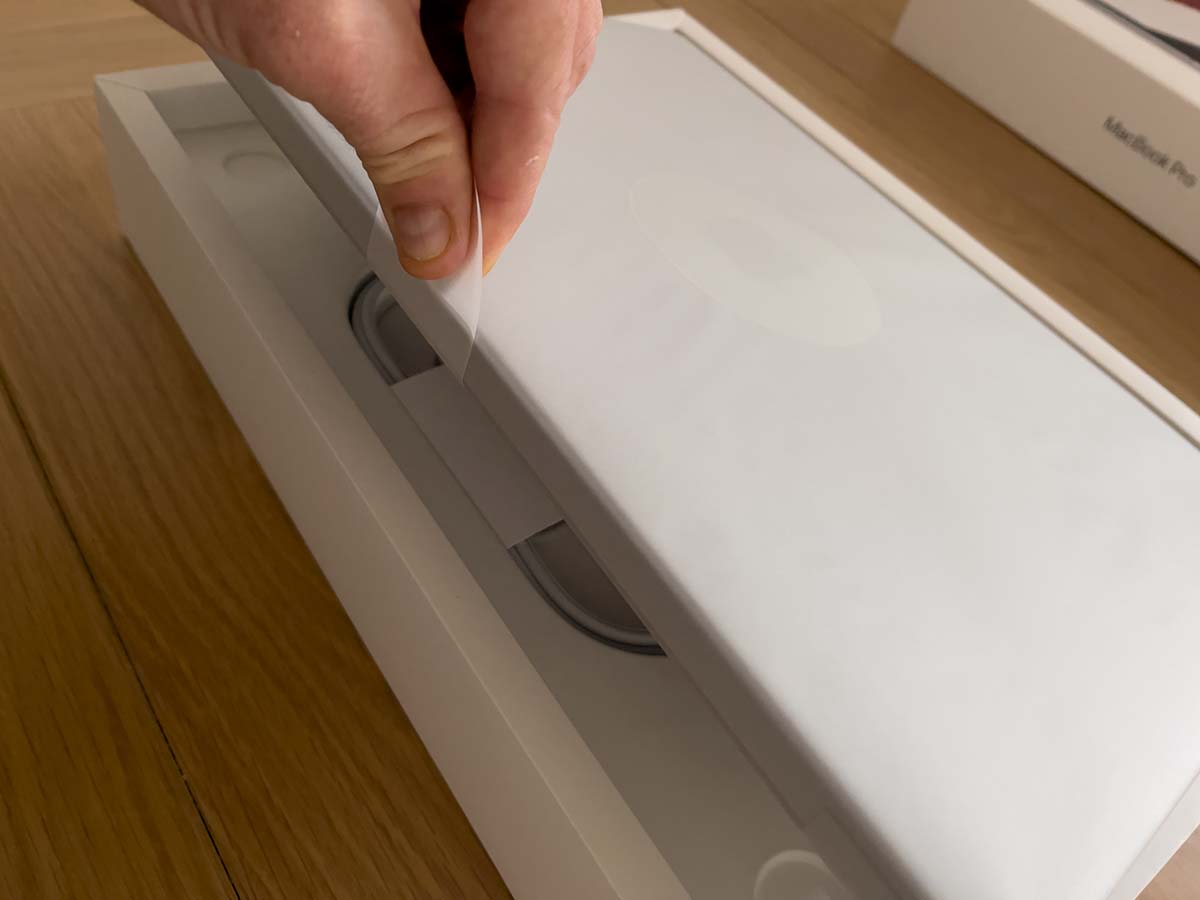 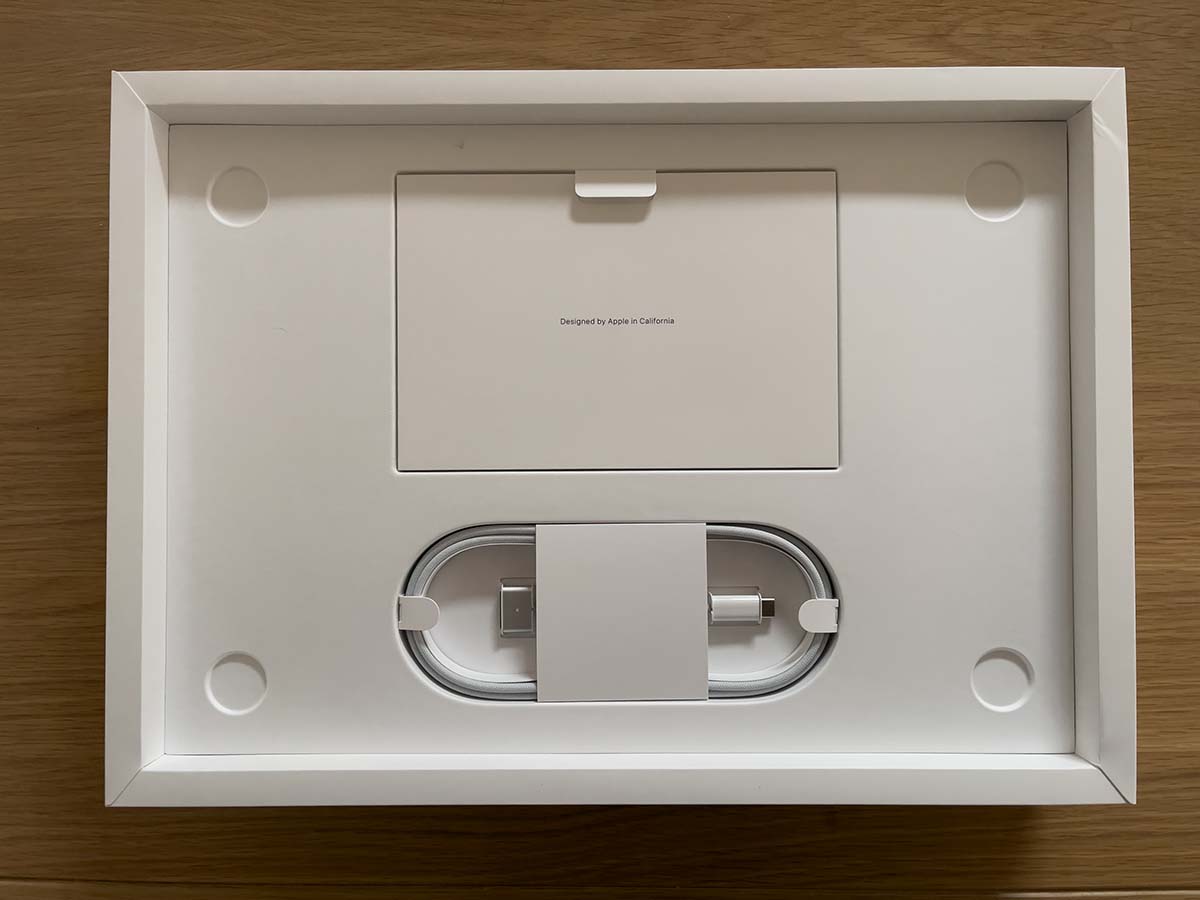 The laptop itself is more 'boxy' in appearance than the previous design and it almost looks like one of the original MacBook Pros. That's no bad thing. The finish, as always with these machines, is first-class. The cooling vents are much more prominent and larger than the old design, and they should work better when on a lap on the sofa, or simply just in clamshell mode hooked up to a large display.

Setup took me a while since I decided to do things manually rather than use the Migration Assistant and risk transferring five years worth of rubbish onto the new computer! Doing this also made me rethink a few things, such as whether to continue using DropBox or not. There's no M1 native or universal version of DropBox available, so while I'm keeping my existing stuff in the cloud, I won't be using it day-to-day like I used to.

The iCloud keychain meant that it was extremely easy to transfer apps and to login to services such as Skype. Then it was just a case of manually transferring any document files and images I wanted to keep. 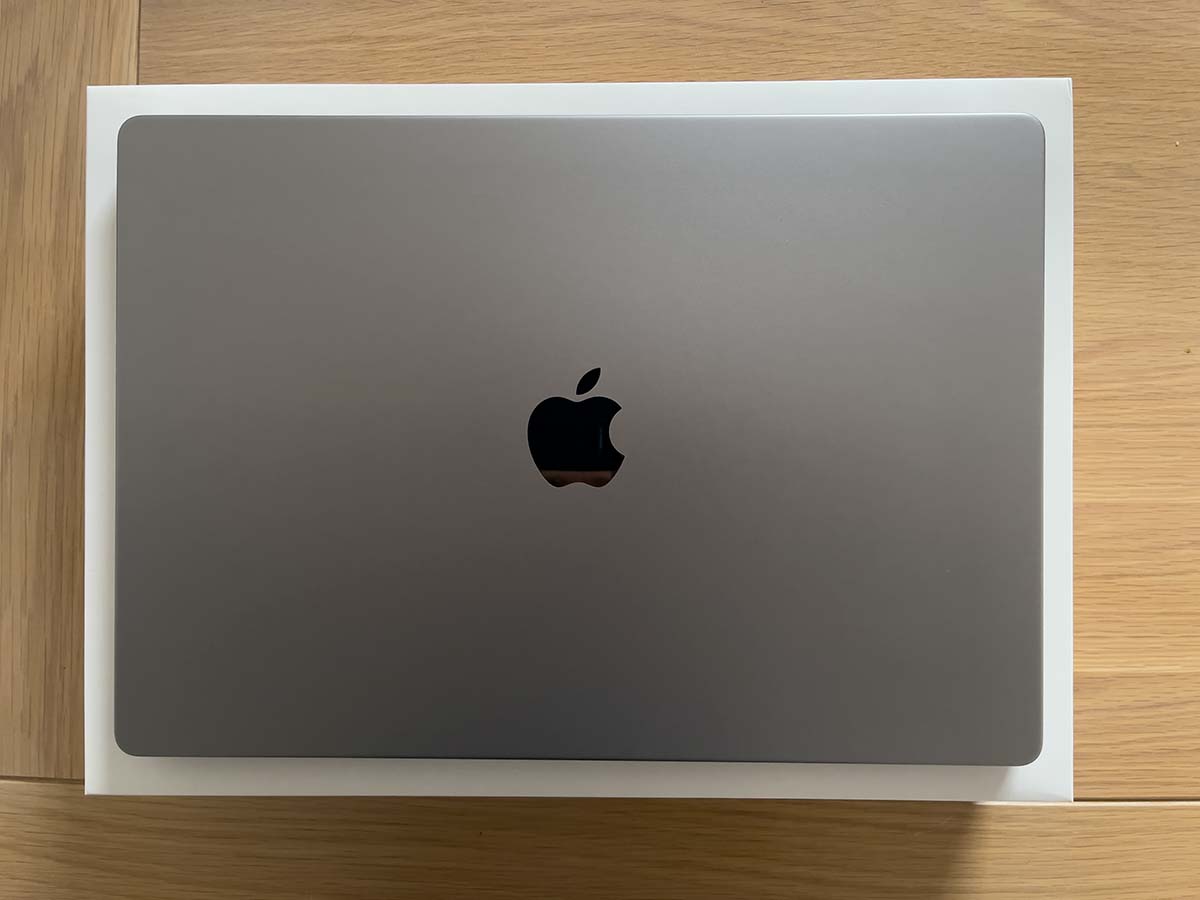 The famous 'notch' has got chins wagging, but in general use I'm not finding it that noticeable. The display is 16:10 below the notch area, so it's not actually intruding on any actual usable screen estate. The only time it has caused a problem for me was when I was trying to find the external display settings in Resolve and couldn't find them anywhere. I hadn't noticed that the relevant menu had been arranged to show to the right of the notch. My mind was still searching for it on the left.

It's good to see the ports back on the machine. Although there are only three Thunderbolt ports vs four on the previous one, these are more capable due to each port having its own individual controller. Quite often one of the ports on the old machine would be taken up with the power input, leaving you with only three usable ports anyway. This new arrangement is more sensible, particularly given that the SD card reader is back, along with an HDMI port. So there's less need for dongles and adaptors now. It seems silly to celebrate such a thing, but the new changes are welcome. 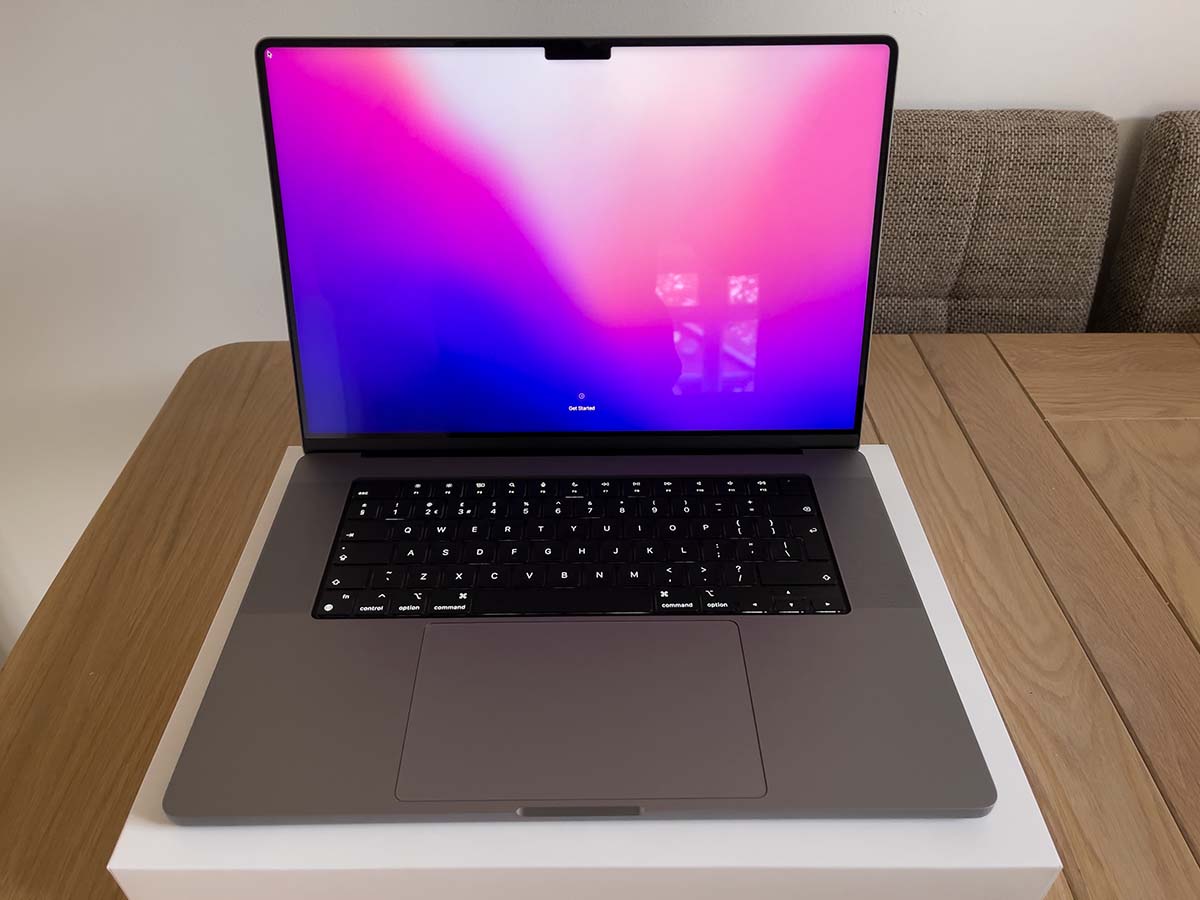 I've been editing a soon to be published interview on RedShark, which uses a lot of different footage with different codecs. My old machine was struggling with this, even though it was a straightforward edit. H265 just made it choke.

It will come as no surprise at all that the new machine played it back perfectly, with editing as a whole becoming much more responsive. The interview was conducted over Zoom, and while I recorded myself using a Panasonic S1, I had to use the Zoom recording for the interviewee. So I decided to put the Zoom footage through Topaz Video Enhance AI to both upscale the footage and to eliminate the compression artefacts.

Topaz Video Enhance AI usually absolutely hammers a machine. Once you set it off rendering, you can usually forget about doing anything else at the same time. I expected the software to run much faster than on my old machine, which it did do by quite some margin. What I wasn't expecting was that I could go back into Resolve and continue editing simultaneously without any slow down or lagginess whatsoever! This was, to be frank, a marvel. 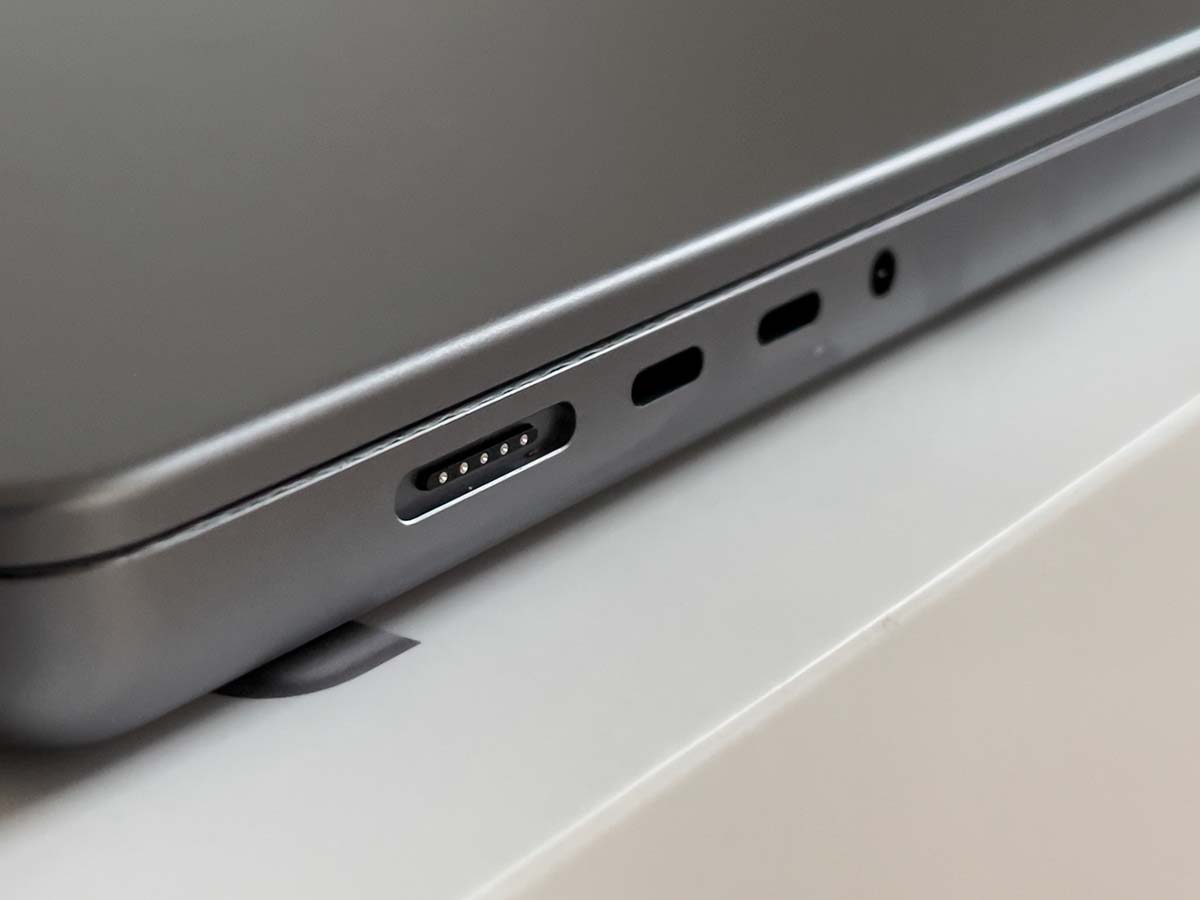 Two of the three Thunderbolt 4 ports on the Apple M1 Max MacBook Pro. Unlike the previous model, each of the individual Thunderbolt ports on the M1 Pro and M1 Max has its own controller rather than sharing. The new MagSafe power port is visible in the foreground, and a 3.5mm headphone jack furthest away.

So, as a first test for general use, the new machine has passed with flying colours, but I also need to address something. Anyone reading this who is interested in the new M1 machines as a potential purchase will no doubt have been watching the myriad of tests on YouTube. Some of them are pretty good, but there are others that have, well, been getting opposite results to myself.

One well-respected channel has been testing the new machines using C500 5.9K raw CRM files in Resolve on more than one video, and the result that they are showing is that both the M1 Pro and Max struggle to play one clip. In fact the playback demonstrated is so bad as to be unusable. In one test, they compared a half-price gaming laptop to the new Macs and found that it could playback the footage perfectly smoothly whilst the Apple's really struggled. Something didn't seem quite right.

I decided to test my own machine using Resolve 17.4.1 and a raw C500 Mk2 5.9K file filmed at 25fps. I made sure, with double checking, that all render caches were off, proxy playback was off, and that the timeline was set to full resolution playback. I also selected the Canon raw decoder at full resolution in the Color tab. The project was also set to 4K as per the YouTube test I had viewed.

My footage was being played back from a LaCie BigDock Pro Thunderbolt SSD. Not only did the footage play full screen to an external ASUS PA32UCG 4K display without so much as a stutter at the full 25fps, but I also layered four of the clips together and scaled them down to 50% for a quad arrangement, as per the YouTube video. Again my machine played back the footage perfectly smoothly.

I then pushed things further and did a basic grade on the footage, and again it played perfectly. The only time the machine stuttered was when I told the Mac to output HDR to the ASUS display and set the Resolve timeline to PQ-HDR. However, the stutter only lasted a second before the footage played back perfectly smoothly once again.

I can't say for sure why the video in question got such a poor result using this type of footage, but what I can say is that something simply must have been very wrong with the setup somewhere to get such an opposite result.

Conflicting results such as this do make things confusing for potential purchasers, but it also casts a very poor light on a machine that is perfectly capable of handling the footage. I wish that the exact version of the software being used and the I/O storage would be specified in such instances.

I'm going to save my full impressions for further down the line once I've used the machine for a while, and it's been clogged up with the daily grind of files and apps running continuously. But so far the M1 Max has been a breath of fresh air. For the moment I wouldn't recommend the upgrade if you've only just bought one of the newer Intel models. At least not unless you really are struggling with your day-to-day tasks. I was, and if my older machine was handling things smoothly and didn't leave me waiting overnight for certain tasks to be completed, or unable to use it whilst it was processing or rendering things, I wouldn't have upgraded. But of course it's early days and it will be interesting to see how it does after constant use with apps left open all over the place!

So far, it looks like it's going to perform very well indeed.