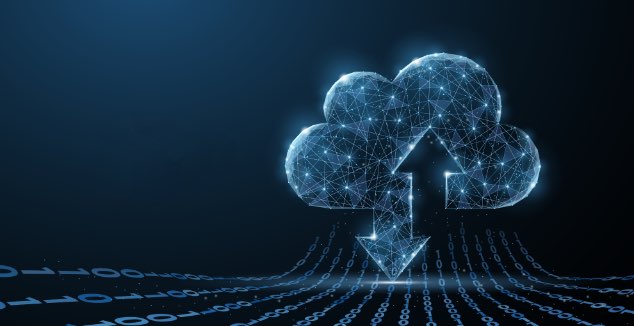 What was the reasoning behind one of the biggest industry acquisitions for years? It's because Frame.io ticks some very important boxes.

Around two years ago when Frame.io raised $50m in funding, it it raised a lot of eyebrows. Clearly, there was something about the start-up that made it attractive to investors. Last month, when the six-year old video review company was acquired by Adobe for $1.3 billion, commentators - including me - were lost for words. This was a deal that was more than ten times bigger than expected. It is, by far, the largest acquisition (by value) that we've seen in the film and TV industry for a very long time - if not ever (IBM's acquisition of Aspera in 2013 was a big one - but it was buried amongst a much bigger $16B deal for a basket of Big Storage companies - so we don't know exactly what the figure was).
Given that the Frame.io deal with Adobe was beyond our wildest expectations, let's not spend any more time looking for an explanation of the amount itself. Instead, we should focus on what it means.
The first conclusion we can safely draw is that the Big Money is not interested in conventional business models. It's hard to think of any companies in the film and TV industry right now that would attract that sort of investment. That's not to say that existing businesses are doing a bad job. It's just that there's nothing comparable - that I'm aware of - that has the potential to be as transformative as Adobe and Frame.io combining their resources. It is possible to be very specific about this: what Frame.io has that very few other companies do is a multi-tenant cloud technology.
Unless you're seriously involved in IT development, your knowledge of cloud technology and terminology is likely to be nebulous. Mine certainly was until I started working closely with some cloud-based companies. I suddenly found that "the cloud" is far more developed and nuanced than I thought.

The first thing to take onboard is that the cloud is not a cloud. In reality it's a collection of Earth-based computer servers, often in huge data centres. "The cloud" is a concept best explained by the idea of "getting someone else to do your stuff". It means that you can throw your computing requirements over the fence and your cloud provider will take over. You don't really need to know exactly how, as long as "the cloud" does what you need it to do.
Beyond that, what's important to understand is that the cloud is elastic. While it is composed of physical computers, these servers are "virtualised", which means that if, lets's say, you want to run a windows application in the cloud, you will run it on a virtual instance of a computer installation. Virtualisation is absolutely at the centre of this.
Let's say you're working on a TV or film production in the cloud and, suddenly, you need to accommodate another twenty editors. It's easy. Your cloud provider will clone another 20 copies of your workstation - including applications and operating system - on other hardware. None of this is visible to you; nor does it require any effort from you.
Virtualisation and elasticity are two huge advantages of working in the cloud. Another is that the cloud is everywhere. While there are some advantages of having your cloud server as close to you as possible, the internet is what holds the cloud together and connects data centres with users. The internet has no geographical restrictions (within reason) so once you're working in the cloud, you can work anywhere.
It's perfectly possible to replicate on-premise set-ups in the cloud, and some companies do exactly this very well. But the most flexible, most future-proof, and most investor friendly cloud architecture is a multi-tenant application. Not an easy concept to understand but it's not too difficult either.
Think of Google Mail. To you, the user, it's just like an application, except that it's in a browser. Once you're signed in, it's your personalised email. It's as if the whole of Google Mail was built around you and your preferences.
But from Google's perspective, it's a single, global application, for everyone - although it's not an application in the conventional sense: it spans the globe, supports billions of users, and employs architectures and techniques that are on a dramatically different scale to anything we're used to as individuals.
To a cloud service provider, multi-tenant applications are ideal. It's one set of software that applies to everyone. It's easy to maintain and upgrade: there's no need to involve users in upgrades: make the change once, centrally, and it applies to everyone. Billing, security and management are system-wide and there's a unified database of customers and their requirements and configurations. Single tenant applications have a database that applies only to one customer. Each customer requires a new instance of the application and a new database to accompany it - and when it comes to upgrading, each customer instance needs separate attention.
And here's why it's attractive to investors: multi-tenant applications are the perfect vehicle to supply as a service, paid for either as a subscription, or per "transaction" or whatever unit of activity triggers a charge.  The model is called Software as a Service (SaaS), and it's what investors are looking for more than anything else. (Don't take my word for it: industry analysts like Devoncroft agree).
Not every industry sector can transition to the cloud. Input and output devices like cameras, microphones, monitors and loudspeakers can never be "cloudified". Nor can lenses, although cameras and lenses will have a very close relationship with the cloud -  and we will see why in a future article.

So we can see that Frame.io is attractive to investors because it ticks the box that says "SaaS". That might have been a necessary condition for the purchase, but is unlikely to have been a sufficient one. What is there about Frame.io's technology that made it so appealing to Adobe?
I think it is because it has solved media production in the cloud. Frame.io's certainly not the only organisation whose destiny is in the cloud, but most other companies started on the ground and are in the process of migrating. There's nothing wrong with that approach and many users are keener to embrace some sort of "hybrid" approach to the cloud, where there are intermediate stages between fully on-premise and fully in the cloud. But Frame.io has always been cloud native. It's not a transition for them: they started there.
Finally, in designing a fully functioning video review service for the cloud, Frame.io has had to solve virtually all of the problems of working with media remotely and in the cloud: working with multiple resolutions, keeping frame-accurate track of multiple versions of clips, and integrating with major NLEs. Alongside this, Frame.io has always taken security seriously. At one point in their journey, I recall hearing that the company had a separate team working on security, and that there were as many developers in this group as were working on the rest of the software.
Camera to Cloud, announced by Frame.io in February this year, is probably the best pointer to where the industry is headed. Essentially C2C is the missing link needed to get full-scale production into the cloud. You can see why this would be attractive - or perhaps I should say essential -  to Adobe's future ambitions: it's not about video review: it's about production workflows in the cloud.
In a future piece we'll look at how cloud production - from the camera through to post production - is likely to become the norm, much faster than you'd expect.