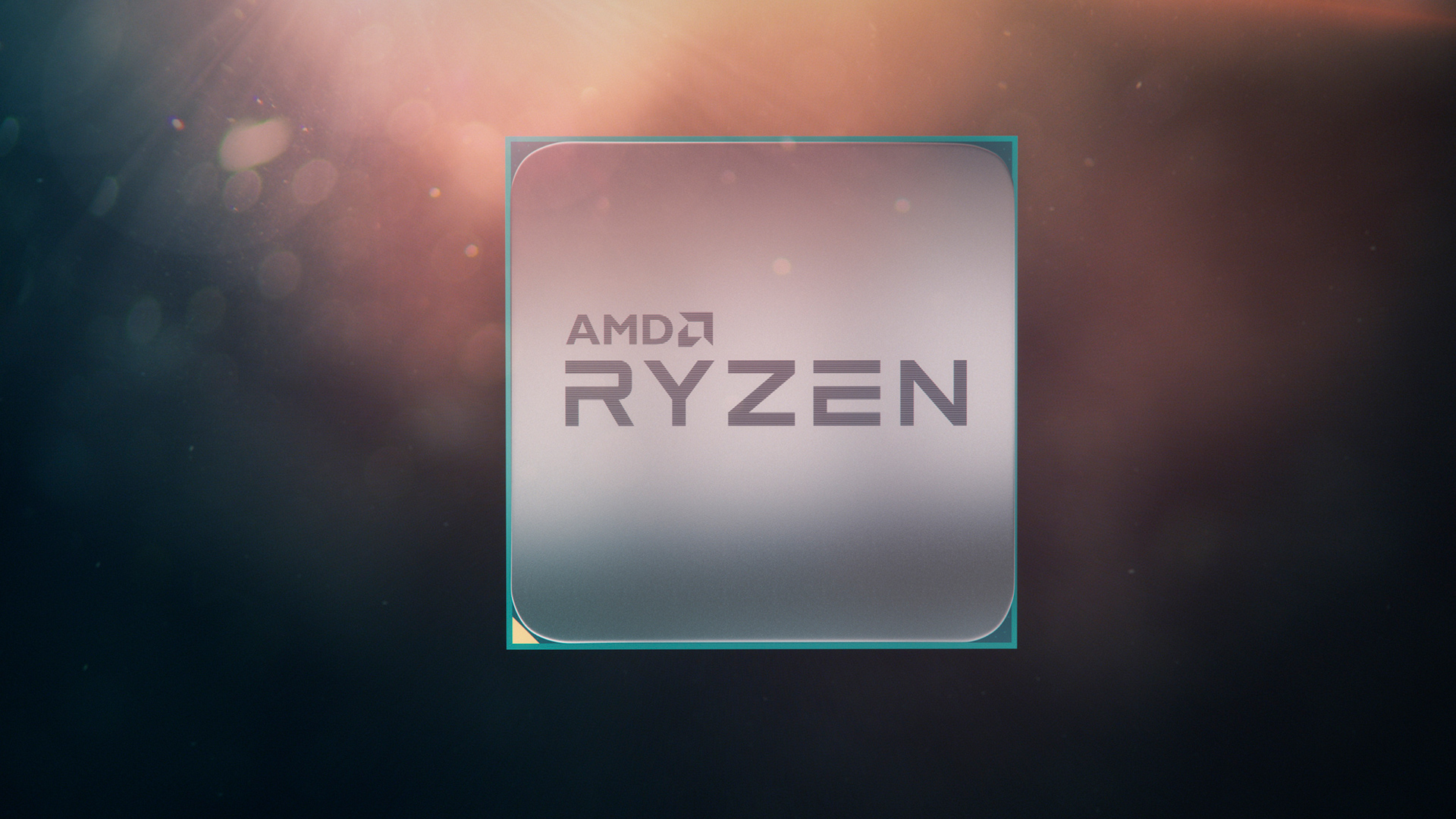 AMD has announced three new models of their Ryzen 3000 CPUs that will go on sale on 7th July.

AMD likes the number 7 as their Zen 2 CPU architecture is fabricated by TSMC on 7nm and launched on 7th July 2019. As we approach 7th July 2020 it was always a certainty that AMD would launch something, and while we rather hoped it would be their RDNA 2 graphics card (aka Big Navi) it turns out we are actually getting three subtle revisions of popular processors.

XT effectively means ‘slightly more Boost’ as the three XT CPUs have the same Base Clock speed as the X models. They Boost slightly higher with an extra 100MHz for Ryzen 5 3600XT and Ryzen 9 3900XT and an extra 200MHz for Ryzen 7 3800XT. Other features such as core count, thread count, cache and TDP are unchanged. AMD has previously used XT in the model codes for graphics cards, rather than CPUs, and it is unclear why they have made the change here. 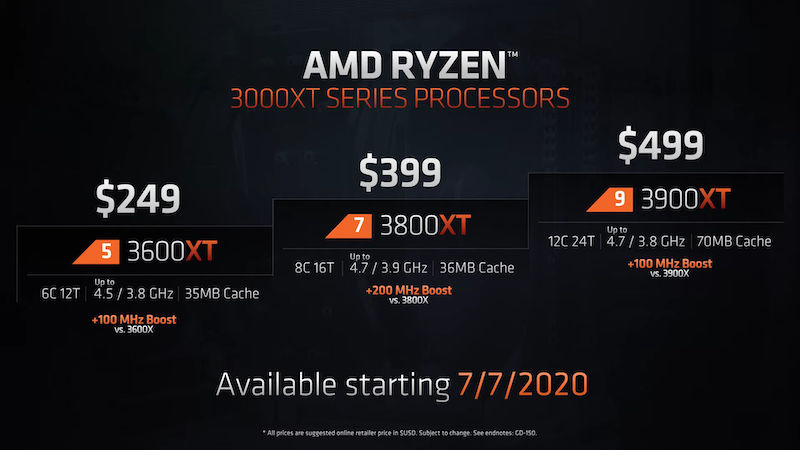 While the new XT CPUs will come in at a similar price to the X models, the Ryzen 7 3800XT and Ryzen 9 3900XT will not be supplied with a cooler from the Wraith range. This is a reasonable approach as Ryzen 8 and 12 core models are typically paired with a liquid cooler but this clearly has an impact on the value proposition and we have to hope the XT parts are discounted by £30 or so.

It is something of a puzzle why AMD has bothered to launch a new model called Ryzen 5  3600XT that is 100MHz faster than the 3600X when they could have simply made the CPU run every so slightly faster. Removing the Wraith Prism cooler from the 8 and 12 core XT models is a slightly different proposition so the new XT name makes sense to differentiate the parts.

This would be a thin news story if AMD had not also launched the B550 chipset that supports AMD Ryzen CPUs on Socket AM4. B550 launches fully a year after X570 with a cut down list of features, so the CPU supplies PCI Express Gen 4 to the graphics and M.2 storage while the chipset is connected over PCI Express Gen 3 which slows the other parts of the system. B550 motherboards will only support a single graphics card. 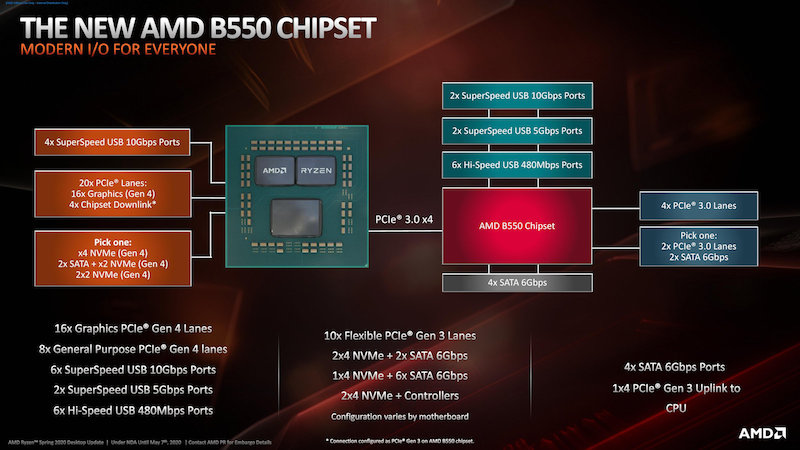 The B550 chipset is performing less work and draws 7-8W under load, compared to 15W for X570 with the result that B550 uses a passive cooler while most X570 motherboards have an active cooler.

AMD has confirmed that B550 will support Zen 3 CPUs when they arrive. On the desktop Zen 3 is codenamed Vermeer and will launch as AMD Ryzen 4000, most likely early in 2021.

Will budget B550 motherboards cost less than the premium X570 models? Not necessarily. We are sure that some B550 models will come in cheaper but others will use premium VRMs and will be loaded with features so we expect the best B550 models will be optimised for a single graphics card and will be more expensive than basic X570 models that nominally support dual graphics.

The takeaway is that XT CPUs are very mildly tweaked and B550 chipset gives AMD customers the option of ditching that small and annoying chipset fan.