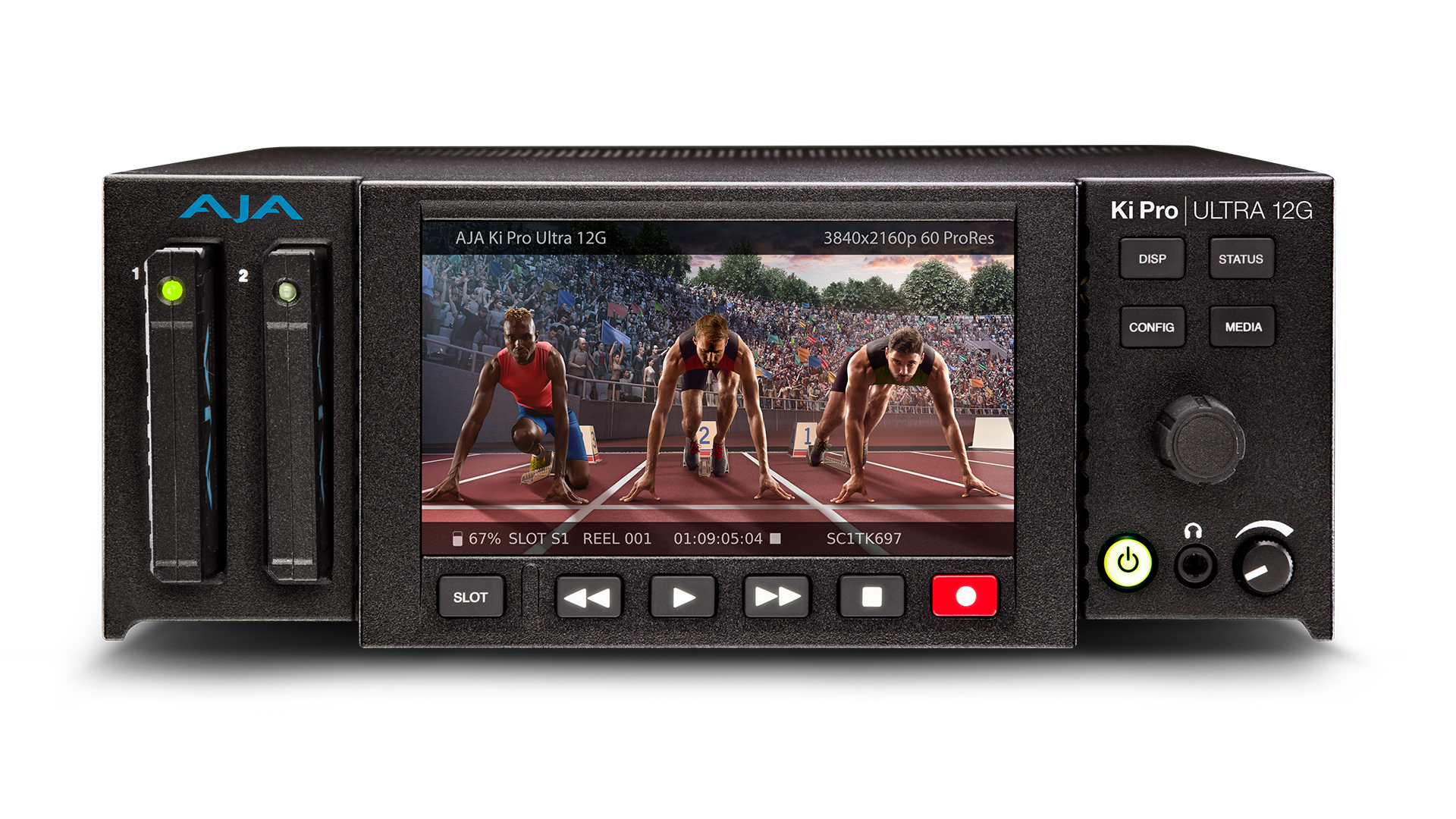 Higher resolutions demands equipment that has some serious throughput. AJA's new broadcast gear is designed to do just that, including the ability to handle 640 simultaneous audio streams.

Twelve gigabit SDI is fast to the point of really starting to push the limits of sending data down coaxial cables, but the heady, high-resolution, high-frame-rate, multi-channel future we've all been promised really won't fit down any narrower pipe.

AJA are addressing this with some new gear intended to send lots and lots of pixels and audio samples from place to place, and to prepare them for broadcast. The first is a plug-in card, the OG-DANTE-12GAM  compatible with openGear racks, designed to extract the audio from SDI streams at up to 12G and make them available to Dante-compatible equipment. Anyone with a need to handle a slightly mindbending 640 streams of audio simultaneously can now do so in, potentially, a single 2U high rack mount containing ten of these cards; each costs around $2500.

Also on a plug-in card, the OG-ROI-SDI is described by AJA as a scan converter, but provides lots of utility features for 3G SDI setups, including lots of scaling, region-of-interest selection, rotation (in 90-degree increments), and frame synchronisation. Inputs are SDI, with both HDMI and SDI outputs. The device seems intended for situations where computer displays need to be incorporated into professional workflows with menu bars, framing and other user interface elements cropped out, but will doubtless find use in a variety of circumstances.

Perhaps the cleverest box of tricks is a new 1-rack-unit box called Bridge Live which takes SDI up to 12G and creates a huge variety of network-transportable formats, including H.264, H.265, MPEG-2 and JPEG-2000. It's the sort of box that you'll need if you're the final stage of production before the whole stream goes to an over-the-top broadcaster, built to sit there and do compression and streaming hour after hour, day after day. Pricing depends on various licensing options, but starts at to around $14,995 US, which includes 12G/3G-SDI, H.264, H.265 and MPEG-2 I/O. The JPEG 2000 I/O license is $1500 US per HD Channel and $6000 US for UltraHD.

Finally, anyone who has a need to record huge pictures will be pleased to hear about new firmware for AJA's hugely capable Ki Pro Ultra 12G, particularly around free-running recording modes and some advanced payload identifier tricks for tandem recording.