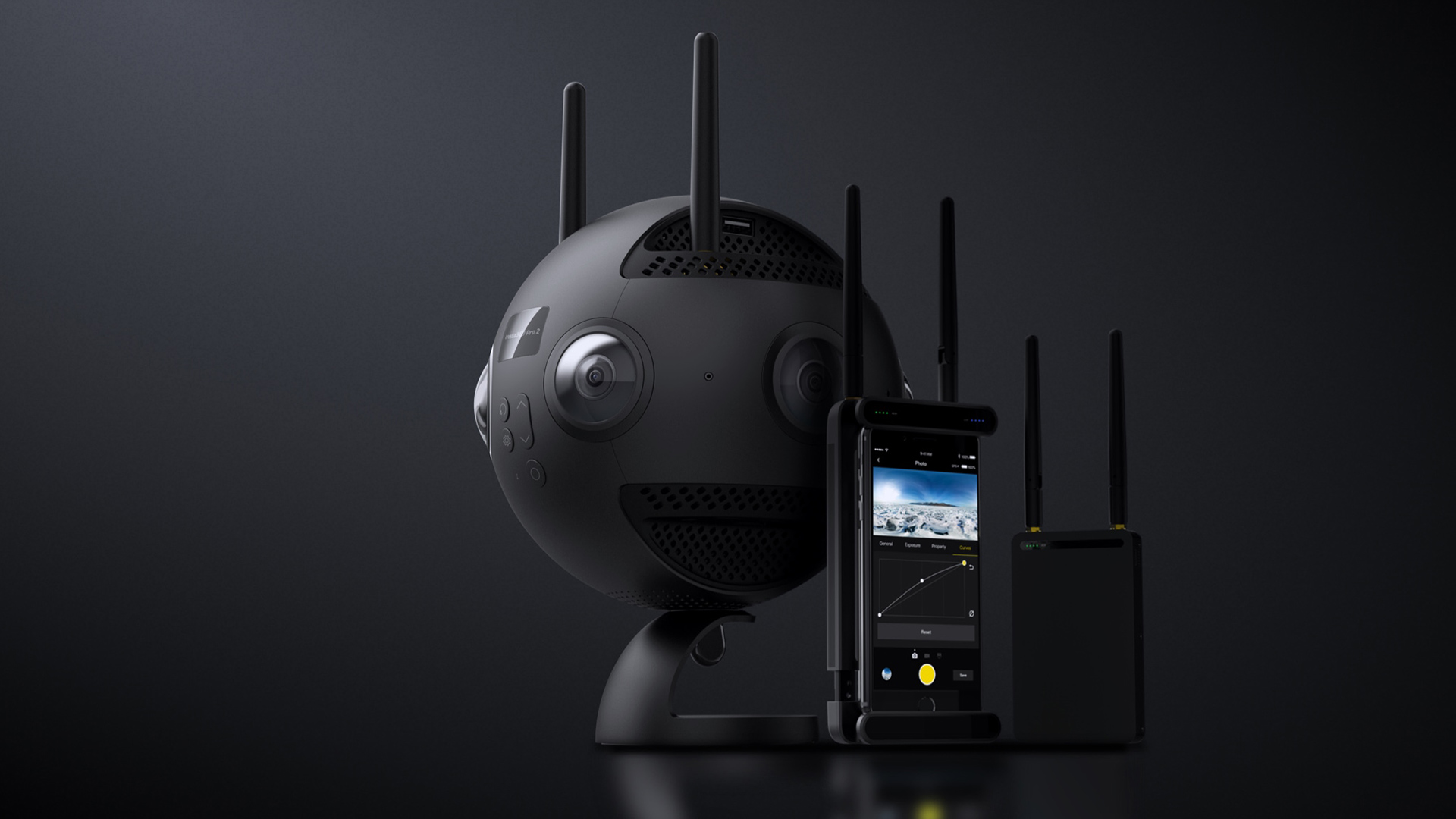 Currently I am testing a 360 action camera for review. 360 video is one of those things that I have always been a little bit torn with in terms of whether it is a gimmick or something truly useful. But now that I have been using a camera my opinion is very much made up.

When 360 video first arrived it sounded pretty cool. There was novelty in the way that you could move the camera around at will, or even see stereoscopic video via a VR headset. The trouble is that I’ve never been convinced by this sort of presentation for narrative productions.

When it comes to narrative, or indeed documentary, a lot depends on you looking in the right direction at the right time. A substantial part of cinematography is about leading the viewers eye to where it is required, and 360 video takes this away. Unless of course the 360 cinematographer is very clever indeed. But if you are going to lead the eye with 360 video it kind of defeats the purpose of having free reign to look where you like in the first place.

Even with ‘experience’ videos 360 VR can still be frustrating. In fact one of the videos that made up my mind that VR style wasn't the way forward was one taken from the cockpit of a racing car. I could look all around the inside of the car, at the driver, and out through the windscreen as if I was a passenger. But I was numbed by the fact that there was no real point to it.

If I was to present you with an awesomely edited montage of a car going around a track, hyper slow motion shots of it drifting past the camera on corners, an ultra low bumper mounted view from the front, and a drone following for aerials, it looks a lot more dynamic and interesting. 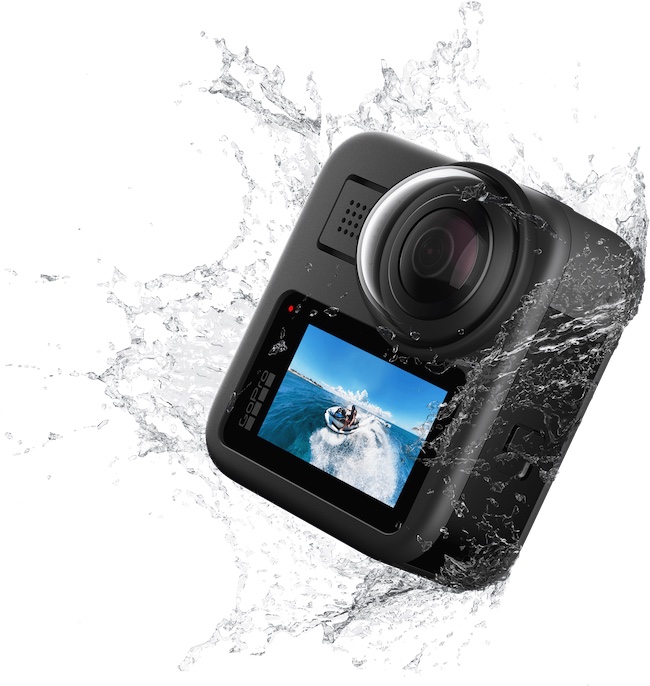 So why do I now think that 360 cameras are a big part of the future? Well, it all stems from the idea of using the gear in ways that works to its benefit. If we think in terms of features and benefits, being able to sit there and rotate the view at will is a feature, not a benefit. In very specialist places it might have some benefits. For example if someone was to recreate the interior of the titanic complete with guests walking around, a stereoscopic 360 VR video might be pretty neat. But for most video applications it is still, in my opinion, a gimmick.

Instead the real benefit to 360 cameras is the idea of over capture, or free capture depending on who you talk to. This is when you take footage from the 360 camera and then reframe in editing for traditional output. This allows you to create virtual camera movements and object tracking after the fact, as well as implement exceptional digital stabilisation. For sports events, action activity filming and the like the benefits and advantages are enormous.

Currently there are some limitations, particularly when it comes to affordable 360 cameras. When you output over captured footage you are cropping into the picture, which means that generally you are looking at a final image of 1920x1080 depending on how much you zoom in. The Insta360 ONE R produces 5.7K 360 degree imagery, the GoPro MAX produces a 5.6K stitched image from an unstitched 6K original, and the Garmin Virb 360 gives a 4K stitched result. So the 1080p final image output from over capture cropping retains a high quality and is more than enough for most people generally.

This will only get better as more cameras move towards 8K. In fact 360 video is one of the main benefactors of the 8K movement, and it is essential to its progression. Not only will 8K make decent 4K final over captured 360 video possible, it opens up a lot more possibilities for ‘virtual zooms’ if the final output is kept to 1080p. 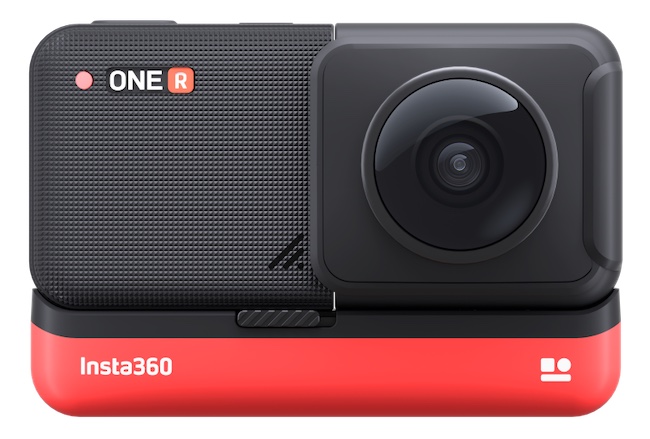 Editing 360 video for over capture

Currently the software that deals with 360 video needs to go through some maturing. NLEs like FCP X do handle 360 videos, but the formats they can take needs widening, and apps like Davinci Resolve are far from plug and play with these things. In order to perform over capture style editing within Resolve requires learning how to use Fusion nodes. While the results can be impressive you do need still some pretty hefty computing grunt in order to watch the results in real time without cutting the preview quality down.

At the present time the easiest way to edit 360 video for over capture is by using the camera manufacturer’s own apps, be that on your desktop or mobile device. Mobile device apps usually feature things like object tracking, which work very, very well indeed. But the desktop applications often lack these features, instead relying on manual key framing for camera movement.

So in order to make things far easier the NLE makers need to incorporate much, much easier to use 360 video over capture editing features into their applications. They need to be able to read the various formats, such as the INSV format by Insta360, and they need intelligent object tracking features. It is really quite astounding just how far ahead mobile apps are over their desktop counterparts in this regard. There are only going to be more accessible 360 cameras coming out in the future, not less. 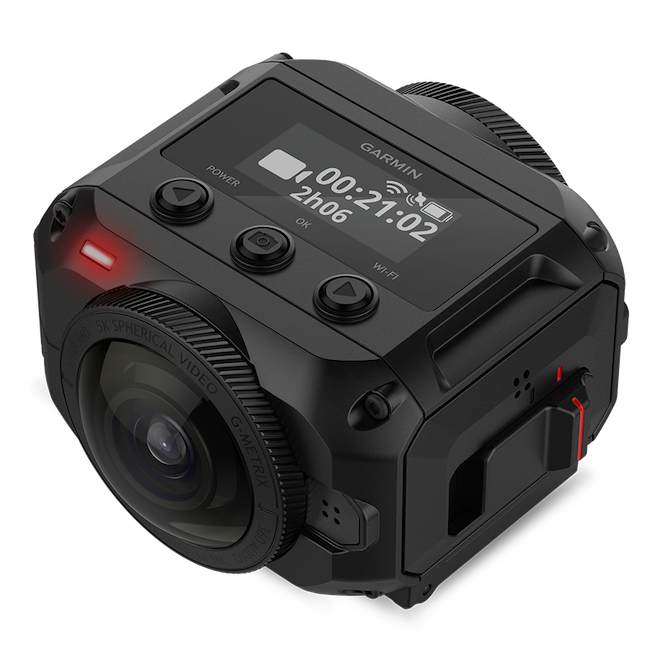 The Garmin Virb 360, another example of a rugged action camera. Image: Garmin.

The future of 360 cameras

If we look way into the future it is clear to see that light field technology will be hugely beneficial for 360 degree capture. Virtual camera movements will be given even more creative freedom with the potential of parallax effects while doing so. The data requirements would be ginormous, but certainly not insurmountable when we look at how quickly technology progresses.

Am I saying that 360 cameras will replace traditional ones? Not at all. 360 cameras will still require deployment in areas in which the environment works to their advantage. However there are many places where this is so, from action sports filming through to hidden wildlife cameras and live shows. Professional 360 cameras like Insta360's Pro 2 are less than £5k in price, and they are very portable and easy to carry. Although at present if you want a professional grade 360 system, Insta360's range is effectively one of the only practical examples right now, with 11K capture available on its Titan model.

What I can definitely say is that I no longer regard 360 video as a gimmick. In fact I think it is an intrinsic part of video’s future and one that I will be exploring much more closely now.