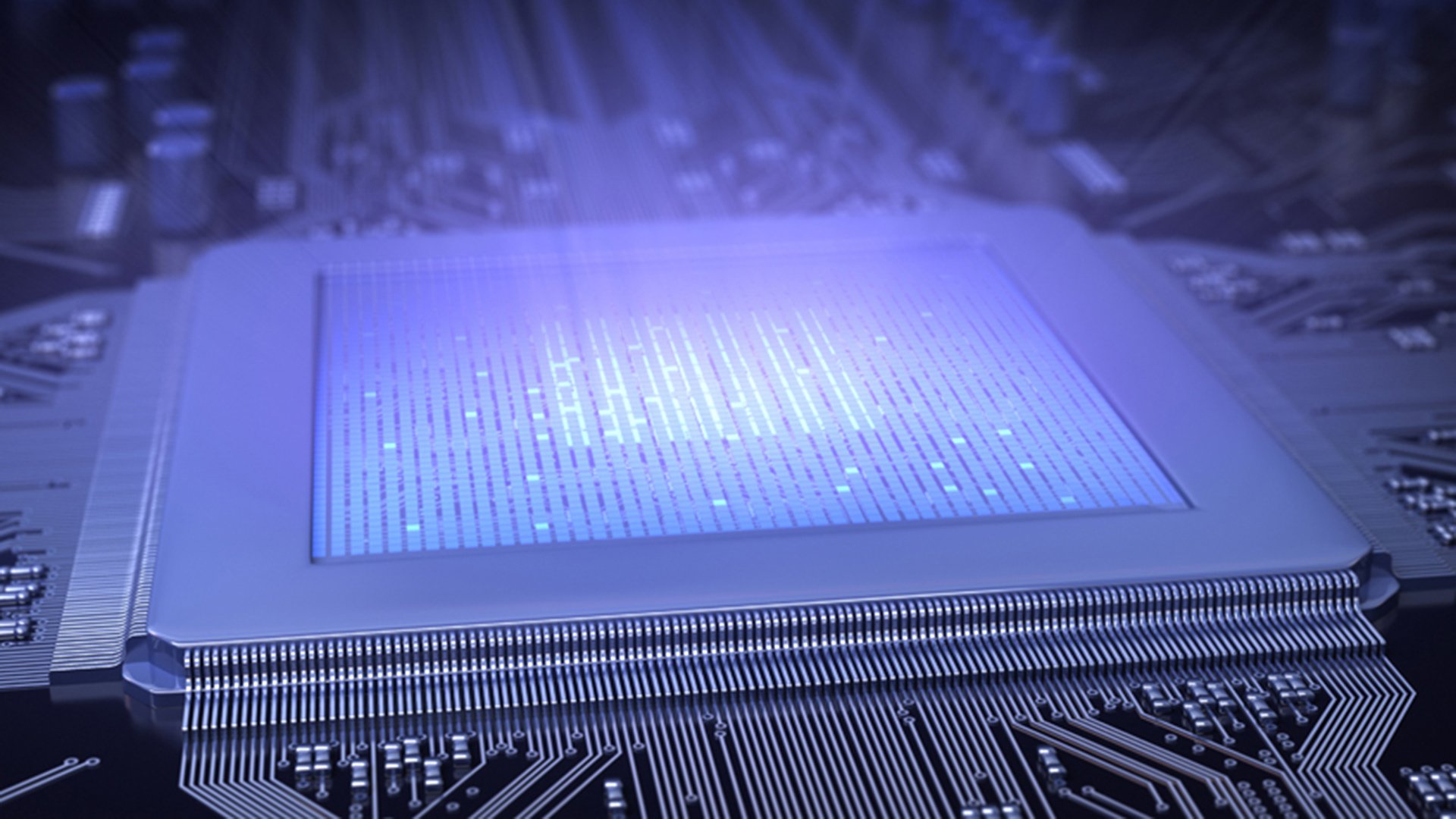 VR hasn’t exploded into everyone’s consciousness at quite the speed it was envisaged with everything from clunky, wired headgear to poor quality content being to blame. Global spend on VR and AR is reckoned by analyst IDC to be $18.8 billion this year rising at 77% a year until 2023 but such predictions factor in tech advances.

One of those is better displays, the poverty of which has dogged VR experiences to date. Two new developments promise a fix to the ‘screen door effect’, the visibility of the black grid surrounding individual pixels which can look as if you’re seeing the world through a mesh. You get the same effect if you press your nose to the telly – and in VR that is effectively what you’re doing.

One solution is to up the resolution. Researchers at Samsung and Standford University have come up with a new design for OLED displays that could deliver 10,000 pixels per inch (PPI) thereby wiping out visual artifact.

“We’ve taken advantage of the fact that, on the nanoscale, light can flow around objects like water,” said Mark Brongersma, who is a professor of materials science and engineering and senior author of the research paper. “The field of nanoscale photonics keeps bringing new surprises and now we’re starting to impact real technologies. Our designs worked really well for solar cells and now we have a chance to impact next generation displays.”

In addition to having a super-massive pixel density the new ‘metaphotonic’ OLED displays would also be brighter and have better colour accuracy than existing ones, and they’d be much easier and cost-effective to produce as well.

The technology uses films to emit white light between reflective layers, one silver and another made of reflective metal with nano-sized corrugations. This ‘optical metasurface’ changes the reflective properties and allows specific colours to resonate through pixels. The design allows for much higher pixel densities than in the RGB OLEDs on smartphones, but doesn’t hurt brightness to the degree you see with white OLEDs in some TVs. 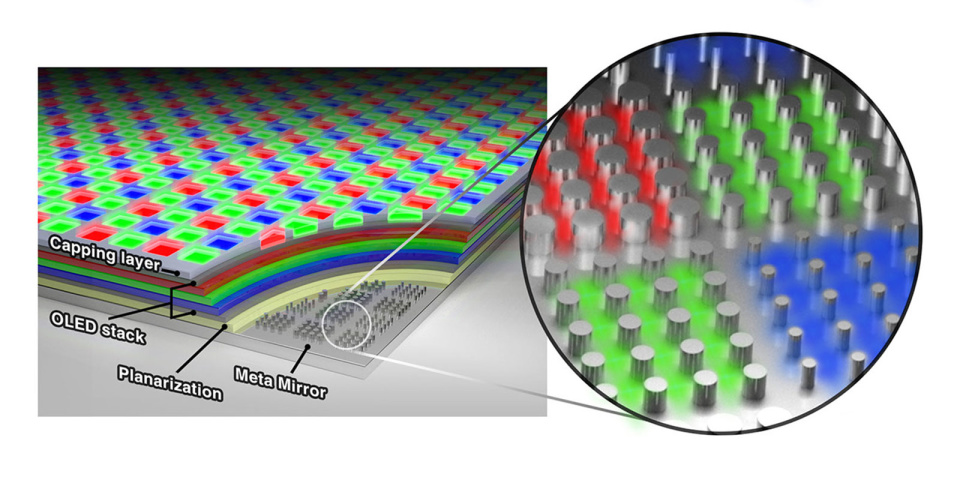 Meanwhile, separate developments are attempting to close the screen door by boosting light levels in OLED displays. Many worry that OLEDs won’t be able to reach the luminance levels needed for AR and VR applications, especially for the AR application with high ambient light. A paper (accessed via Insight Media) led by electronics manufacturer Kopin suggest that OLED microdisplays have the potential to reach the 30,000 nits level.

The paper outlines the four ways to create an AR image: DLP (digital light processing), LCOS (liquid crystal on silicon), a scanning RGB laser system or OLED microdisplays. LCOS and DLP solutions can use high brightness LEDs to achieve luminance more than 100,000 nits. However, these technologies have issues such as limited contrast ratios, colour breakup, slow operating speed, need for an illumination source, and complex/bulkier optics. Laser scanning has been implemented in the HoloLens 2, but there have been many reports of the very poor image quality. OLED microdisplays fabricate the OLED emitting layers on top of a CMOS silicon backplane to drive the pixels and offer the contrast and speed performance needed for AR / VR. However, the low luminance has been a serious concern.

Kopin goes on to explain that to eliminate motion lagging as well as to accommodate fast head movements for gaming applications, a common technique is to output light during part of the frame time. This is called duty cycle. Typical duty cycles used in VR headsets are only 10%, meaning a 1,000-nit display, must now output 10,000 nits for a very short period (the time period depends on the frame rate and gets shorter for higher frame rates). For AR applications, the luminance requirement will be even higher because of the bright ambient light level and the low efficiency of see-through optics. Typical office or home lighting can push the display luminance (before the optics) requirement to much higher than 10,000 nits.

Outdoor applications can push display luminance requirement much higher – perhaps more than 1 million nits would be needed. However, Kopin suggest that 30,000 nits for a microdisplay may satisfy many AR application needs with the use of higher efficiency see-through optics and in combination with photochromatic lenses to reduce the ambient light level.

“As a result, it makes sense to contemplate a path to 30,000 nits for an OLED microdisplay,” the paper concludes, “especially for high-ambient applications. However, only limited prototypes have been shown so far with many challenges remaining to fully commercialize a monolithic microLED display solution suitable for VR or AR applications.

Even if the display is improved, the big downside to this is squeezing the higher resolution data over mobile or fixed line broadband.

Ubiquitous 5G networks and devices are promised to sort this out, though there are murmurings that 5G may not be quite enough even as new specifications are rolled out. For some, a 6G is needed to finish what 5G started and there are already dates of 2026 pencilled in for a first draft 6G standard and a commercial rollout some time after the end of this decade.