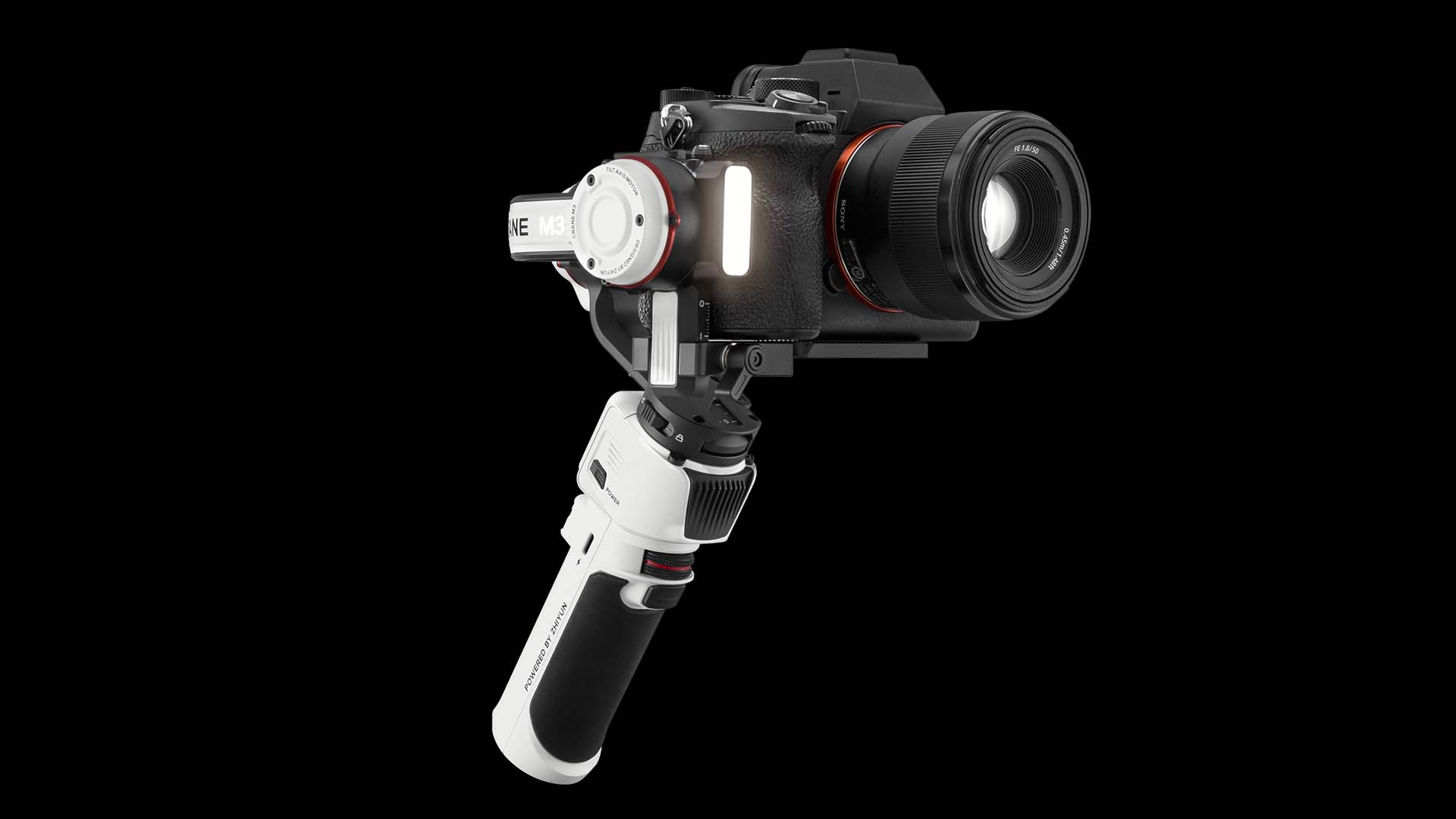 Zhiyun has released a new Crane M3 gimbal for smartphones and mirrorless cameras.

Zhiyun's new gimbal looks the business, in its all-white design scheme. For looks at least the new device will turn heads and the company claims it can carry, lens depending, 90% of mirrorless cameras, it is also very compact.

The company says that the system has been designed such that users can quickly switch between action cameras, mirrorless cameras, and more, without the need for re-balancing. There's also an expansion base for connecting up microphones and accessories to further reduce the need for rebalancing.

The trick to the lack of re-balancing is the Transmount quick-release plates, which allows gear to be quickly changed and swapped over with the minimum of fuss. 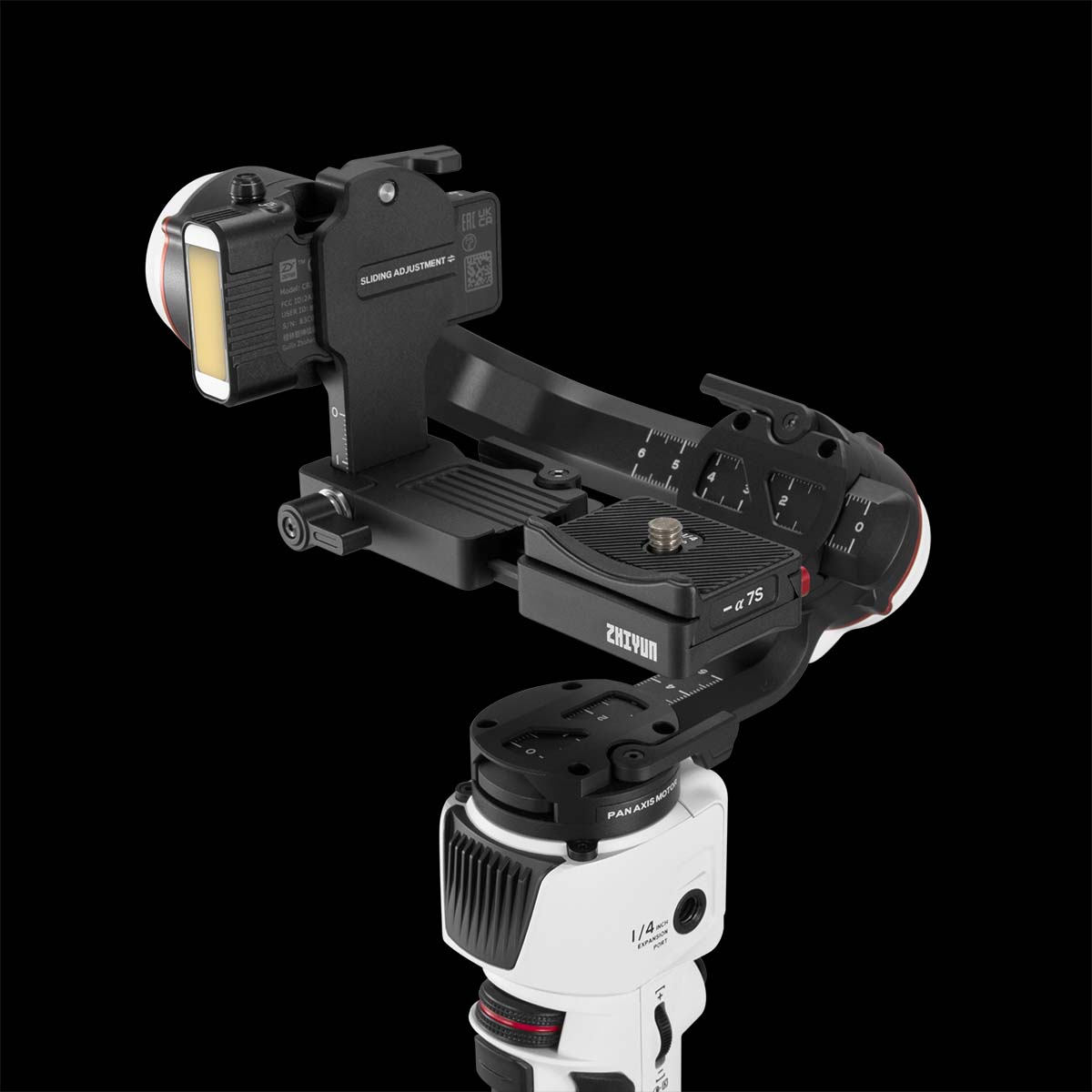 A unique feature of the gimbal is a built-in 800 lumen LED fill light, which is actually powered from the heat generated by the gimbal. Novel. The brightness of the light can be controlled by way of a stepless dimming control, as well as featuring temperature adjustment from 2600-5400K. The company claims a CRI of 90+.

The system also comes with a TransMount shotgun mic, although other microphones can be connected using the large 6.5mm audio port.

A built-in Bluetooth receiver can be paired with an optional transmitter module so that cameras can be controlled wirelessly on the rig. Further, there's a control wheel and joystick that allows operation of the gimbal, as well as control of camera settings such as aperture, shutter, and ISO, with just one hand.

To finish it all of, there's a new 1.22-inch full colour LED display to show gimbal parameter adjustments, settings, and operational status.

Pricing is as follows:-