A new beta firmware has been released enabling you to be able to use the GoPro Hero8 Black as a webcam on all major services on macOS. 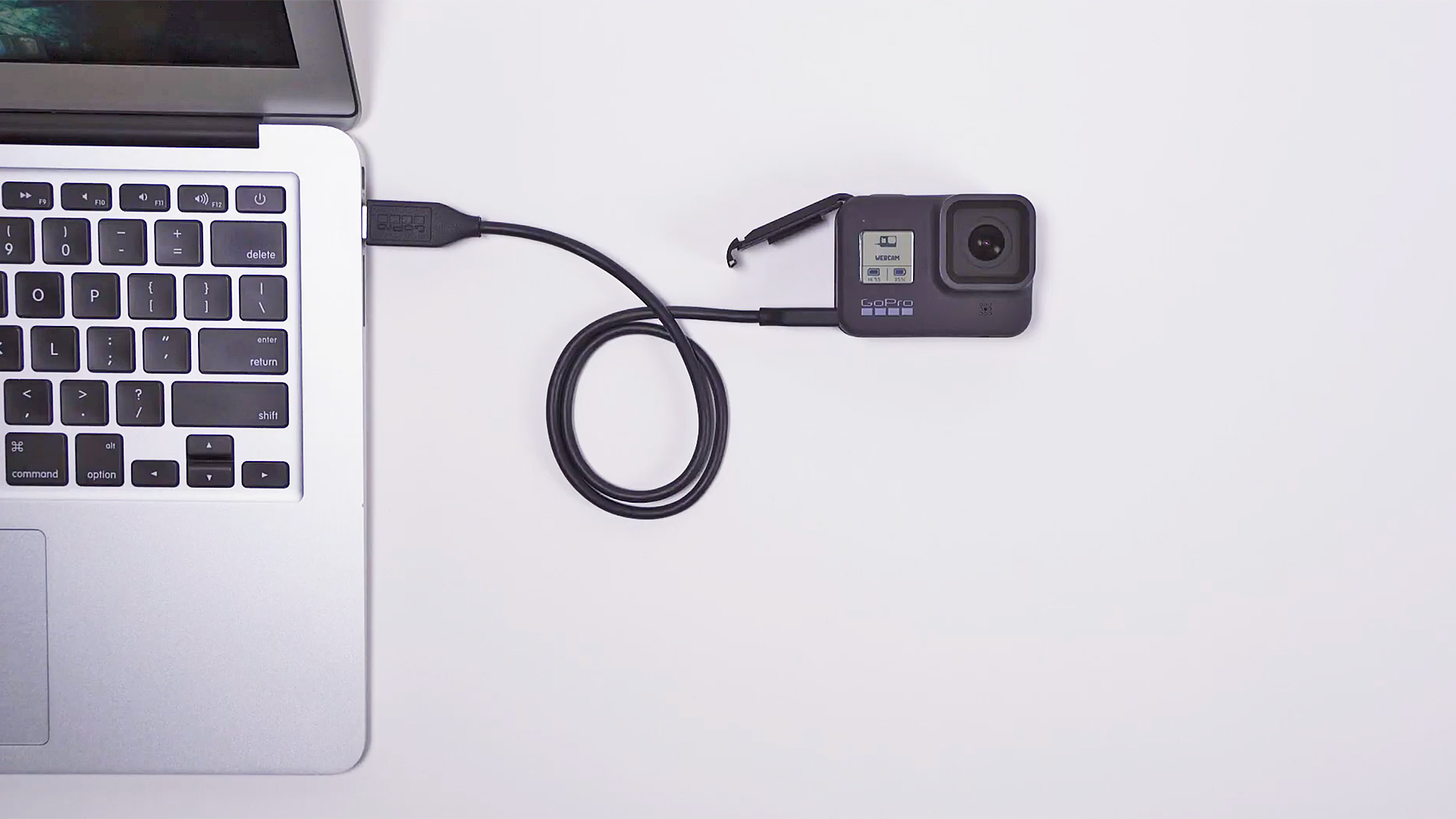 GoPro Hero8 as a webcam? Now you can. Image: GoPro.

Hot on the heels of GoPro's Labs firmware released last month, a new public beta has been released that will let you use your Hero8 Black as a webcam. With a large percentage of people still having to work from home, the new firmware gives another option to get a higher quality picture than the built in camera on your laptop.

Currently the firmware is officially limited to 1080p on the wide angle setting. However, if you hold down the Option key while the GoPro Webcam Desktop Utility menu is showing, you can in fact select between Wide, Linear, Narrow, and a strange effect called "Sobel". These are clearly not officially supported modes right now, but they do work if you want them to!

The wide angle of view the camera can do will be handy for anyone giving web based seminars, or demonstrations such as yoga or martial arts. It also makes for a much more dynamic perspective than the very flat look we are used to seeing with standard webcams.

Setting up the Hero8 as a webcam

I haven't yet managed to try it myself, but the word is that it does give a noticeable increase in quality over laptop based cameras. Best of all is that you don't have to jump through hoops to get hold of it and use it. Installing it is simply a case of visiting GoPro's site to download and install the firmware and GoPro Webcam desktop utility, then connecting the camera via USB to your computer. Voila, your Hero8 should now appear as an available camera source from your chosen conferencing app.

Limitations? Unfortunately audio apparently isn't taken from the camera so you'll still need to use your laptop's mic or invest in an external system such as AirPods. Maybe this will come in a future update? Also, the current version only works on macOS, although a Windows version is confirmed to be in development.

The good thing is that it is nice to have options. With the hoops you have to jump through to get some mirrorless cameras working in this way it is refreshing to have something that is so simple to set up.