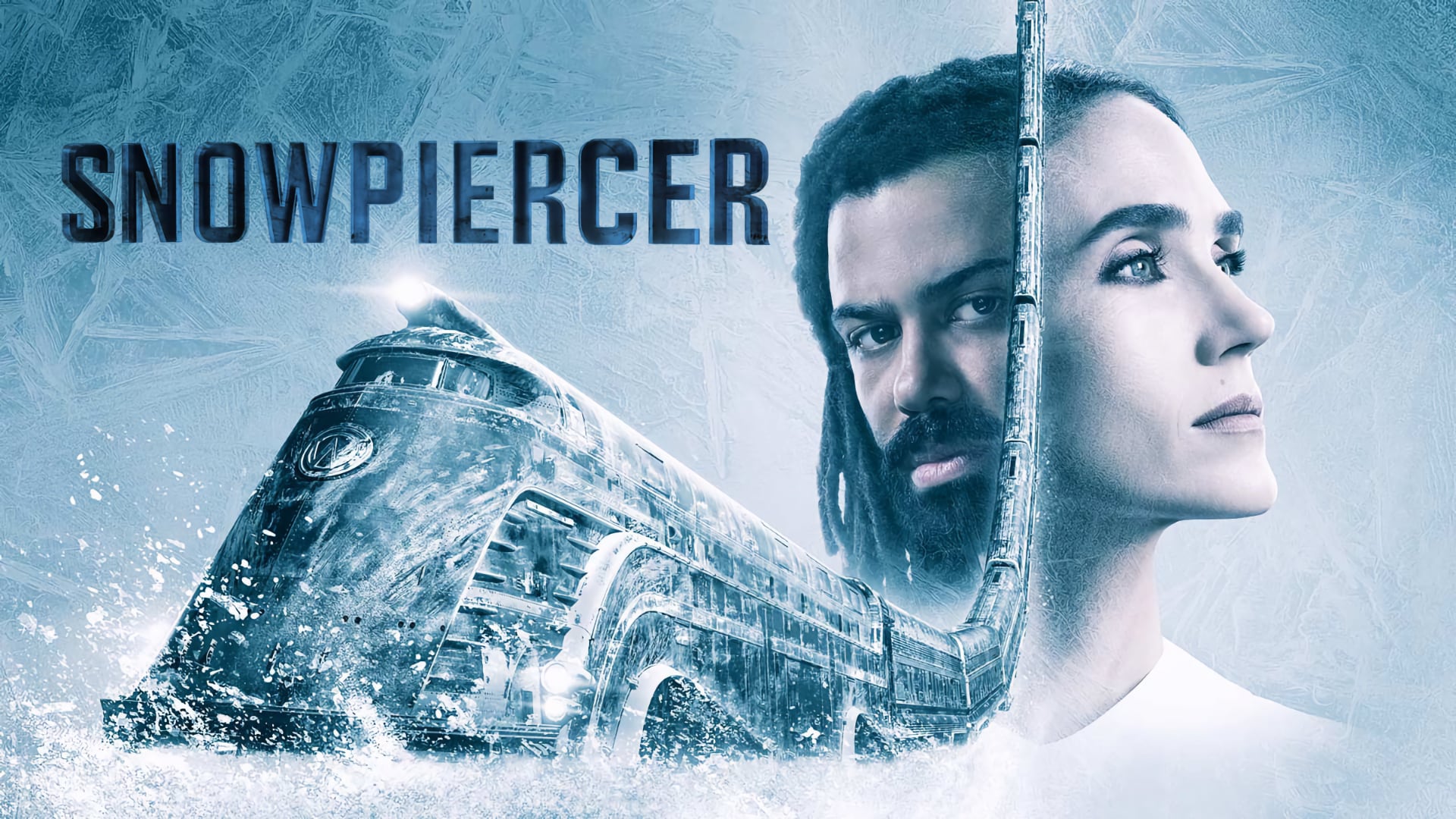 That’s it, we’re done. The golden goose that laid the golden age of streaming now looks to be on life support. And while streaming services will always be part of the TV landscape they’re not going to be the fecund playground for crews and viewers they once were.

Everyone has their own tipping point for the date that streaming died. For many it was when Netflix finally caved in and said it was going to launch an advertising driven service after years of denial that it could ever happen. For quite a few it was the canning of Warrior Nun, a show with an active and vociferous fanbase, or it was the high-profile cancellation of 1899 at the start of the year; a show that was well received, well watched, and held up as a model of how Netflix had pivoted to become a genuinely international company (it was even held up as a shining example of virtual production workflows).

For me personally it was the news last week that the fourth season of Snowpiercer was never going to air on TNT despite being completed. Yes, we’re talking about another venal chapter in the tax write-off saga of parent company Warner Bros. Discovery, where it makes sound financial sense to can a finished product rather than ever releasing it.

Deadline, which broke the story, provides a handy list of other victims that includes “the axing of HBO Max tentpole Batgirl, J.J. Abrams’ HBO drama Demimonde, TBS series such as The Big D, Chad, and Kill The Orange Bear, as well as a raft of cancelations including Westworld.”

Chad and The Big D, like Snowpiercer, had completed seasons in the can and have since found new homes at Roku and Peacock respectively. Hopefully Snowpiecer will too, as internationally it’s always been distributed by Netflix. Hopefully that means myself and whole host of other people can continue to enjoy its dystopian delights. But, while a streaming service might save the show as far as viewers go (and the production company behind it has acquired the rights and is shopping both it and spin offs actively to new partners), it is the ructions in the streaming market that have caused the problems in the first place.

Simply put, the golden age of streaming is over, fin, kaput. It’s original growth path was boosted mightily by the pandemic and a global population having to sit at home and wait out various lockdown orders — essentially, it seems, by watching telly. But since then the wheels have first wobbled and come off as economies around the world have slumped into recession.

Boom has turned to bust, but streaming has been particularly hard for a number of reasons.

Simply put, there is too much content on too many services. Media companies watched the early success of Netflix and decided that they wanted some of that themselves and launched their own services. The result has been too many subscriptions. 50% of US internet households subscribe to four or more OTT services, with close to 25% having a massive nine. People have cut the cord, sure, but they’ve had to replace it with a whole plethora of other services and the costs now are similar. What is different is that viewers  can chop and change and rotate through all these services on a month by month basis; pick a service up to watch a news show, then drop it and switch to something else. And as the cost of living crisis bits, that’s just what they’re doing.

All his has led to too much fragmentation. Media companies have pulled their content from the larger platforms as they seek to bring their own IP under their own wing. Disney-owned Marvel did this with all its Netflix shows, and the trend continues. The problem is that this builds a stupidly fragmented universe where far too many barriers are being placed between consumers and what they want to watch. One of the answers to this is super-aggregation and it has become commonplace for broadcasters such as Sky in the UK, for instance — one of the most digitally evolved of the traditional broadcasters — to carry apps to access Disney, Amazon, Netflix et al via their own tech. It’s difficult to implement properly however (there are no metadata standards for a start), and while viewers might wish for a universal search function that tells them where everything is and then to be able to access it with one click, the reality tends to involve a bit more hunting and a bit more swearing.

The watchword for the first era of streaming was all about giving viewers what they want and as much of it as possible. Stack ‘em high. The key to success was held to be both big content libraries and original content, so everybody concentrated on making of much of it as possible. In 2009, in the pre-streaming era, 210 scripted TV shows were released in the US market. In 2022 that number had risen to 599. Widen that out across the global TV market, include all the genres that aren’t included — news, children’s, sports, reality etc — and you can see why there has been a production boom. All in all, the streaming services spent a combined $26bn on original content in 2022, and it’s increasingly looking like that’s too much for the current business model to sustain. There are exceptions, however. Apple TV+ was roundly traduced for not having enough content when it launched, but as other services frantically prune and throw away good content with active long tails along with the bad out of financial necessity, it’s seeming like a smart move.

4. The pivot towards advertising

Netflix’s insistence that there would never ever cross its heart and hope to die be advertising on its platform always felt like a reach, and it’s turned out to be a politician’s promise: sounds good at the time but jettisoned as soon as circumstances change. Its slowdown in growth has sent its stock prices tumbling and sent it scurrying to shore up its subscriber numbers with an ad-supported tier that is available at a lower price (and, incidentally, a lower quality). Disney has done the same, and quite how well it will turnout for the companies is something we’ll find out over the next week or so as the first financials since these AVOD services (Advertising Video on Demand) launched are reported. Rumours though are that uptake has been slow and the service nowhere near as popular as hoped. Netflix hoped to have 4.4 million unique viewers (1.1m in the US) on its AVOD tier by the end of 2022 (and 40 million unique viewers by the third quarter of 2023) so watch those numbers later this week; there will be a lot of interest in what it reports.

The Decline & Fall of the Streaming Empire

So, what happens next?

Ampere Analysis reckons that the growth in content spending is going to slowdown so the production boom should show signs of coming to an end. You’ll note that that’s ‘slowdown’ and not ‘reverse’ though. Spending is still going up, albeit by a meagre 2%. The question for the production community is how much of that money is funnelled towards scripted material, and how much of it heads off after the slightly lower hanging fruit of unscripted and live (with sports looking to become a febrile battleground over the next few years — there are even rumours that Apple is prepping a bid for at least some of the English Premier League rights packages when they next come up for auction).

For viewers, it’s probably going to be like returning to the bad old days of network TV and the almost wilful cancellation of content (I might be cross about Snowpiercer, but I’m still not over Firefly getting canned and that was two decades ago). We’ve become used to non-mainstream programming that chimes with our interests, whether that be more genre material, LGBTQ+ programming, all manner of niche subjects, or obscure reruns. Taking that away will be painful. As a Forbes piece put it: “It has gotten to the point where instead of watching a show at release, you want to wait 4-6 months to see if Netflix is actually going to renew it, and then consider watching it.”

Something has to change though and change quickly. Variety pulled together a list of how some of the biggest media stocks performed on the markets during 2022. Amidst a wider general downturn for stocks of between 10-35% depending on which index you choose, many media shares managed to perform even worse with Disney down 46%, Amazon down 52%, Netflix down 54%, and Roku down 83%.

2023 will be the year that some of the smaller and newer streaming services will have to decide whether to double down on what they’re doing or, perhaps, partner up with someone else and leave the streaming to other people. And that’s not a golden age vibe.