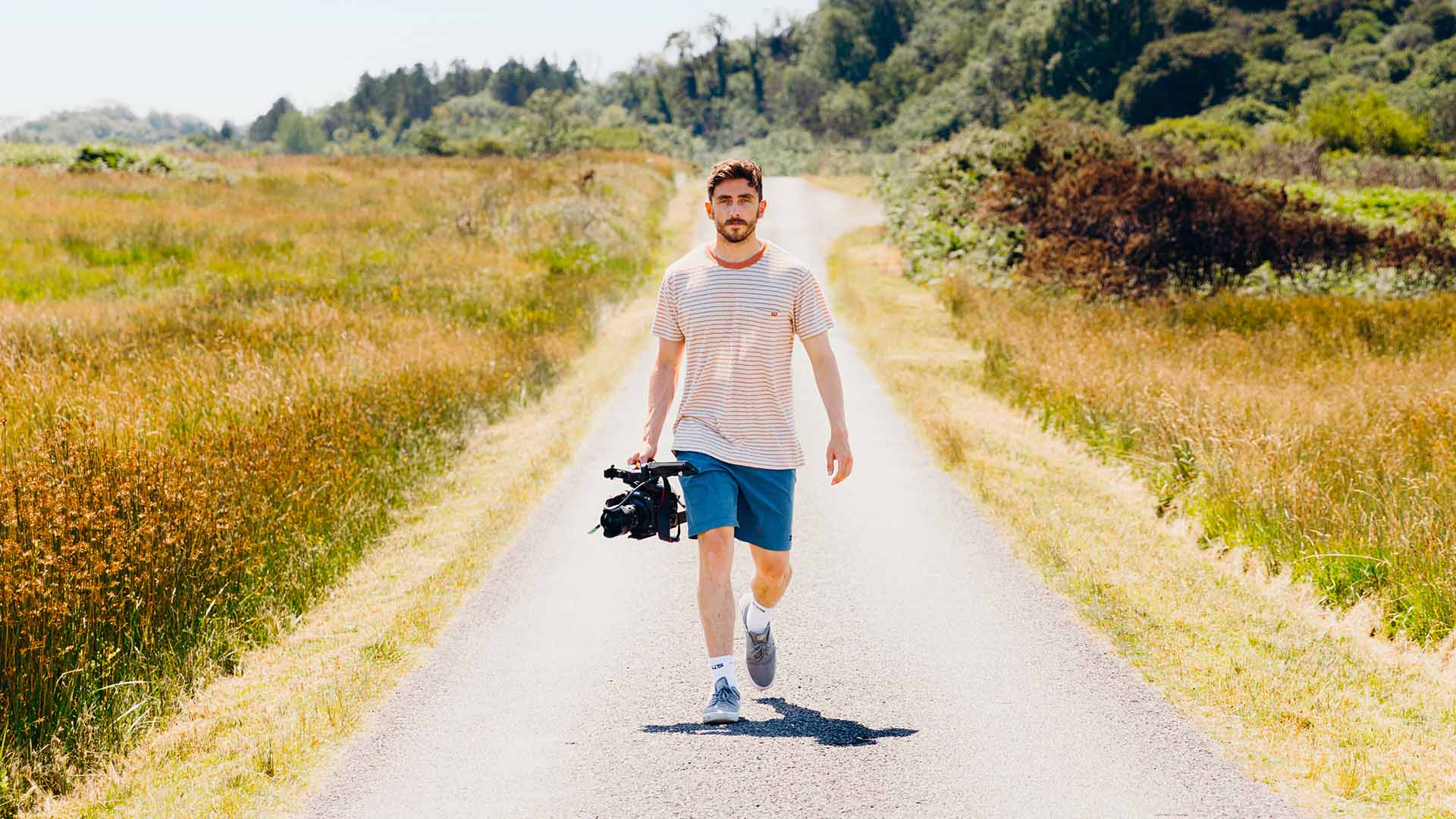 Why solo narrative filmmaker Lewis McGregor thinks that going it alone is the best decision he’s ever made.

It’s very important to decide what type of filmmaker you are. It will define you while focussing your creative drive. More practically, it will streamline your gear spend and extend your skillset.

Being a solo filmmaker means, for instance, that I can’t produce content that uses large Technocranes or multi-camera shooting channels and lights or even hordes of extras. Most of my films are under five minutes long and that’s where I can operate within my means. But you can make great content within these restrictions.

I won’t attempt anything elaborate. Something that involves a lot of camera movement, specially when I have actors or talent moving. When I do create short films I try to have them in a very locked-off and stationary way. When I do move the camera and lighting position then it isn’t necessarily a giant task for me to do. I just don’t have other people to do it.

What failure has taught me

And it’s not true to say that I don’t know what it’s like to have a budget to film something; that I haven’t earned the right to have an opinion. I’ve been very honest about how failed projects have helped me polish my solo niche.

One of my failed projects was a big web series that was created in 2012. We raised $20,000 on Indiegogo to make it and employed a huge cast and crew. We were in our early 20s when we started and as we progressed we found that without continuous backing the whole project unravelled.

Students we had on-board as actors graduated, people with part time jobs got full time jobs. One of the main actors become a teacher in Thailand. That element of getting people together was just too strenuous to do when you don't have a production team to put the people in the place at the right time. 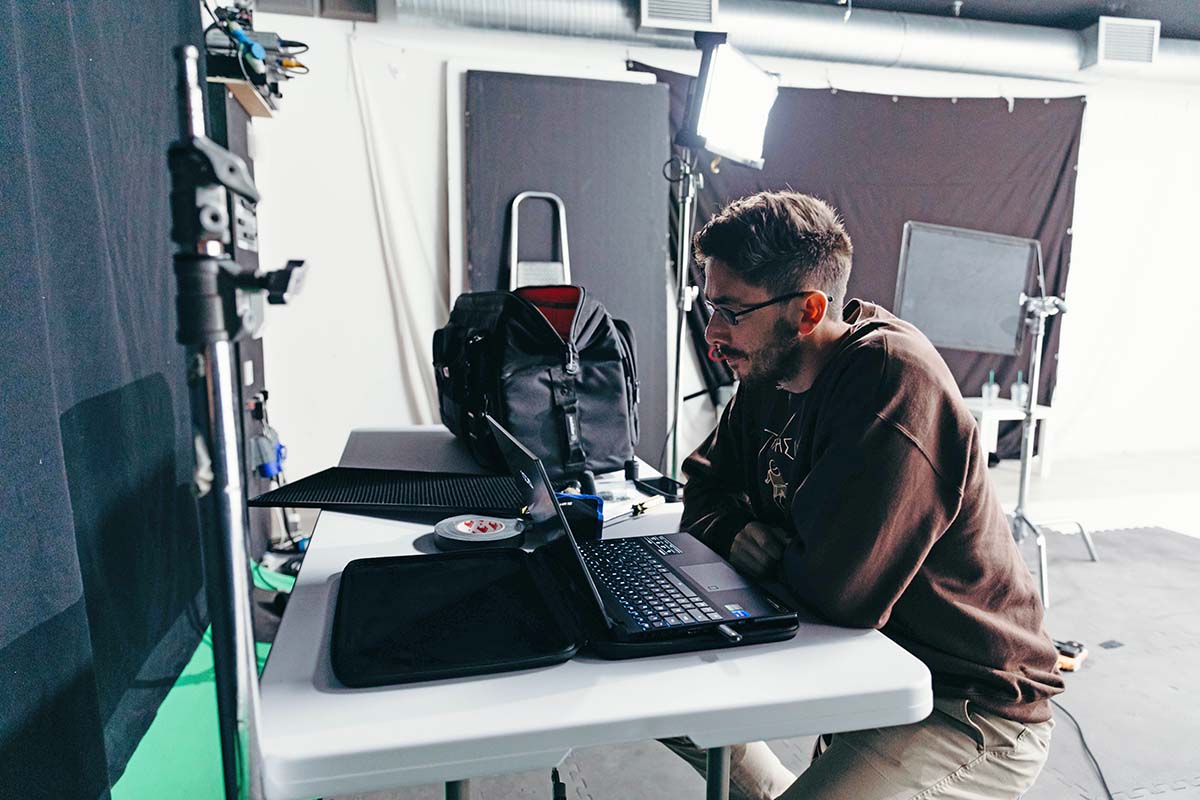 What is a solo narrative filmmaker

It’s means that you can have an idea in the morning and then be shooting it in the afternoon. It means that you don’t have to avoid using actors, you just manage the expectations in your script.

It means that I am also a landscape videographer. I’m lucky that I live near the beautiful Vale of Glamorgan where you’ll find the Glamorgan Heritage coast. I can decide to go out and shoot something much like a landscape photographer might do. I like doing that with video.

So just capturing really organic and beautiful landscape imagery. Instead of people browsing landscape pictures through a flickr archive for instance, they're sort of watching it in motion.

Mobility is made easier by technology. That’s definitely true. I wouldn’t be able to do it without modern day technology. But there is a warning with any technology; you have to make it work for you and your situation.

For example, the film I made for my 2019 RØDE Reel was shot on the Blackmagic Design 4K Pocket Cinema Camera. I think that camera has a 5.6 inch screen. What I didn't notice in that shoot on the camera’s screen was the reflection of me moving around – I ended up making that area a still frame.

The right decision for me in that scenario was getting a bigger screen. But an on-camera monitor wasn’t going to evolve what I do. I wanted a way to catch those errors. But the more I thought about it the more I realised I wanted something more - I needed something like a DIT cart in the back of my car.

The thought process there went something like: With a 4K screen on a laptop I can check for errors, including continuity and compositional mistakes. With a decent processor I can then transfer my files and apply some processing to the files. Maybe a rush edit and minimal colour grades.

That persuaded me to buy a laptop and one with a decent GPU so I could emulate that DIT cart. I now have a NVIDIA Studio Laptop with Geforce RTX 3070 GPU on-board. I’ve got a 4K screen and enough power for checking the rushes and managing some processing.

For a solo shooter audio is another reason to buy smart. I own all my own audio gear including mixer and boom pole. But what usually happened when I recorded conversations was to have the mixer connected to the camera cage – remember you’re on your own here. That did influence my shooting style to some extent as I tended towards close-ups as I captured the audio at the same time.

The answer for me was to buy a camera that I could record audio straight in to. But one with solid colour science that wouldn’t need much primary colour correction. I ended up with the Canon C300 Mk3. Now a lot of the time I'm just applying a standard rec 709 LUT. The footage only needs minimal correction because I like what I see. 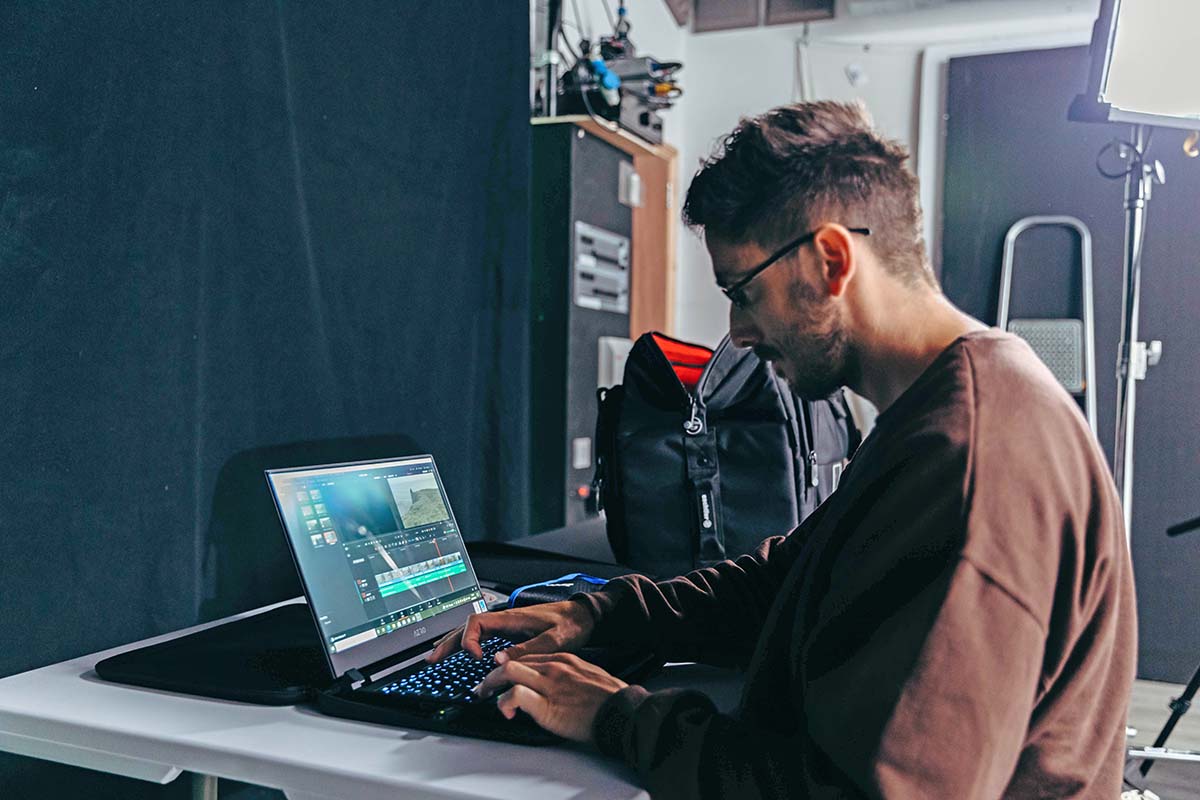 Don’t get me wrong, if you offered me a way to make a film I would accept while probably deferring the directing and editing to someone else. My core interest is the cinematography.

The solo role does work for me. I don’t want to be driven by the constant need for content but obviously want my audience to appreciate what I do.

Through experience I have learned a huge amount to operate on my own. Here are a few ways it can work for you: