What to expect from processing technology in 2021 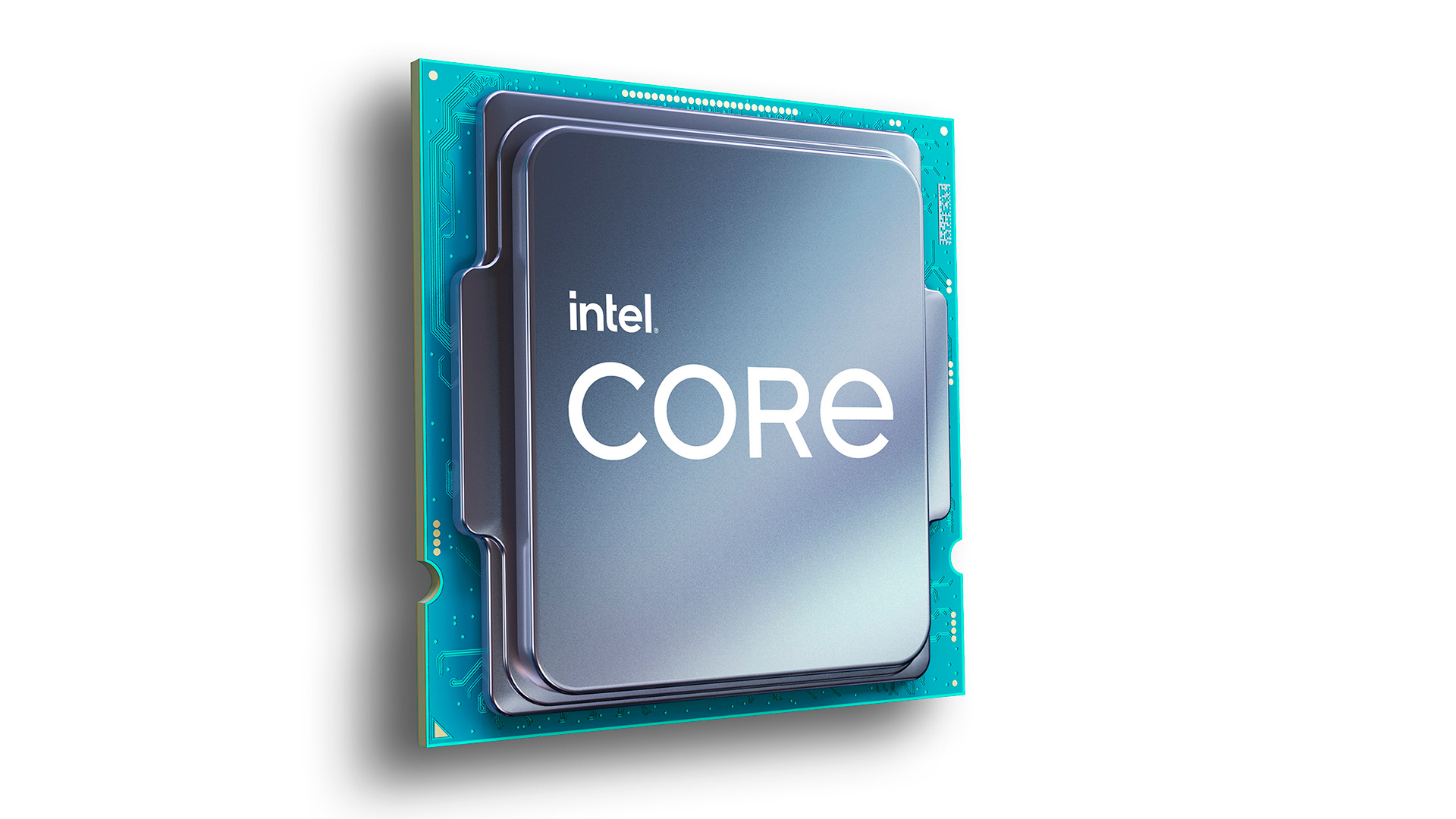 Even though the supplies are constrained for nearly everything right now, including cameras, computers and gaming consoles, the companies making these products are already working on future products. Let's take a look at what to look forward to.

The processor war has been slowed by the global pandemic, but it's still heating up as Intel retakes the single-threaded performance crown with its new Cypress Cove architecture backported to its aging 14nm process. While Apple's M1 has made quite a splash in the low power market, Apple's CPU roadmap is anybody's guess. Its biggest advantage is that it's built as a single System on a Chip (SOC) with the GPU, GPU, and neural engine sharing a single die. Sharing its embedded memory between the three compute units eliminates communication overhead and drastically cuts external I/O, which is where the lion's share of its power efficiency and performance advantages derive from.

At CES 2021 AMD revealed that it had scored more than 150 design wins in laptops, this time including premium systems like the Asus Zephyrus Duo and the unique ROG Flow X13, and is teasing an even bigger performance jump when it launches Zen4 next year. Some tidbits about the Zen4 based EPYC Genoa, rocking up to 96 dual threaded cores and 128 PCI x5 lanes along with claims of a 29% uplift in IPC from Zen3 (compared to a 19% uplift in IPC from Zen2 to Zen3), indicating that if anything, AMD is pushing harder to raise the performance bar than ever before. Equally significant however is that Intel and AMD are both reserving 5nm and 3nm production capacity from TSMC. Intel's initial orders seem to be primarily focused on Xe GPUs, but it goes to show how serious Intel is about the competition from AMD, as well as how far behind its own process technology has fallen. Intel is large enough and has a broad enough product portfolio to ride out a second flash-in-the-pan success from AMD, so its willingness to hire production capacity at a 3rd party foundry says a lot about just how serious the competition from AMD has become. AMD is an annoyance when it's marketing based on being less expensive, but it's a huge threat when it's marketing based on being less expensive in spite of being faster and more power efficient and with enormous production capacity available.

While Ampere remains in the lead for ray tracing and compute performance, AMD's RDNA2 line delivered a lot more performance than AMD's promised. Meanwhile, Intel's Xe GPUs have elevated its integrated GPU performance to unheard of levels for Intel, and the discrete Xe units are showing considerable promise. Though nVidia's next GPU, branded Ada Lovelace, will be a monstrously huge monolith, nVidia is planning to join Intel and AMD in modular chiplet based designs, combining smaller chips to make even bigger GPUs and with more rapid product cycles.

A new dark horse has emerged in the GPU space from Tianshu Zhixin Semiconductor based in Taiwan.  It's a 7nm design with 24 billion transistors called Big Island, delivering a whopping peak of 147 teraflops of FP16 throughput putting it decisively in “powerhouse” category. It has no realtime graphics hardware so it won't be appealing to gamers, but could be a major competitor in the datacenter and cloud computing spaces.

For now, the resolution race in professional cinema cameras seems to have stalled with Black Magic in the lead with its 12K Ursa Mini Pro. Though sales of this new camera appear to be fairly slow and Black Magic's 12K SDK remains in beta, the feedback has been universally positive. Odds are that as production ramps up post-pandemic the 12K will start gaining popularity especially among independent filmmakers, and hopefully the innovative 12K sensor will find its way into other cameras.

The only other significant innovation in sensors has been the global shutter in Red's Komodo, the first successful attempt to implement a global shutter without a significant sacrifice in dynamic range. Also significant however is that the Komodo's form factor reflects the growing popularity of compact, lightweight cameras with good battery life and a gimbal friendly design. Komodo's wireless technology and fledgling autofocus, enabling focus pulling via a cell phone or tablet app with a low latency live view over WiFi, is one of the Komodo's most useful features.

The sweet spot as far as resolution right now seems to have settled at 6K across the board. Raw capture is becoming an almost standard feature, with off-camera recording to ProResRaw becoming quite popular and Black Magic Raw support gaining traction.

The democratization of compressed raw resulting from these two competing formats will  facilitate inevitable future increases in resolution. 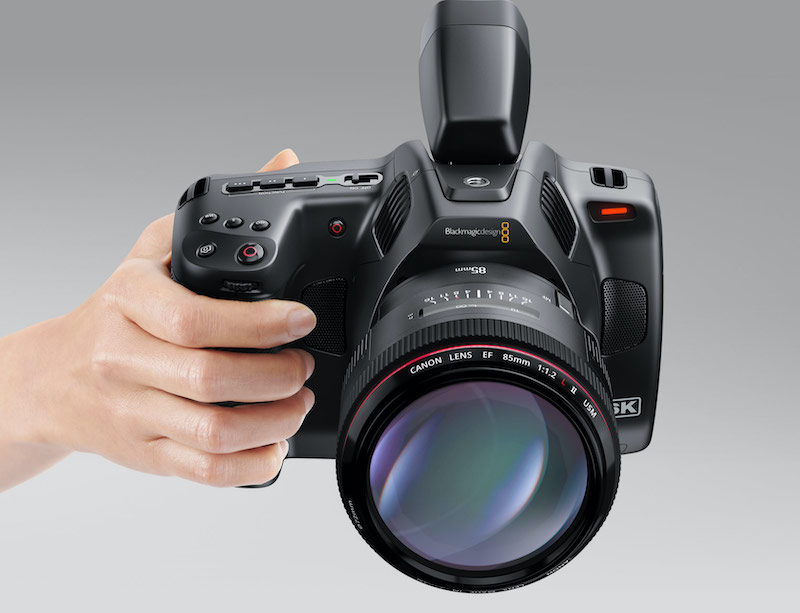 As usual, Black Magic is leading the pack in its pace of development, and continuing to charge either nothing or peanuts for the industry's only remaining hero suite. Most of Black Magic's competition are seeking to differentiate themselves through specialization rather than features, but so far only FilmLight has been successful in maintaining its elite price point in the face of the Resolve juggernaut.

Virtual production is gaining popularity, and the computer and software side is now within reach even for independent film production. The display technology required to create a virtual set is still somewhat inaccessible, never mind the huge, custom, curved screen that Disney built for “The Mandalorian.” However, with some ingenuity and talent, it is possible to use a green screen setup. Unreal Engine 4 has plugins that enable live chroma key and the same trackers used for VR headsets can deliver camera motion data to Unreal.

Thanks to some major investments from companies like Epic and UbiSoft, the Blender Foundation has been able to actually hire developers, rather than relying on their generosity. As a result, Blender development has accelerated, yet it still retains its open source nature as it matures into a powerhouse 3D suite. Upcoming plans include building out nodes for everything and an overhaul of its video sequence editor.

The Cloud and Virtual Workstations

There is a lot happening in this space. Cloud based collaboration is now the norm, and while making it easy for people to work from home has put a severe squeeze on large post houses, it's made independent post houses far more viable and cost effective. While services like Frame.IO are doing a wonderful job in this space, they're but the beginning.

There are new platforms coming online using technology made for compute farms to build virtual workstations. The GPUs made for these compute farms have no need for the usual graphics hardware found in gaming GPUs, like shaders, display buffers, blitters, and digital to analog converters. That leaves more silicon available for compute cores. These compute oriented GPUs also include other datacenter oriented features like virtualization. The resulting benefit is that a cloud platform can provision a virtual server using a technology like Azure that inclues a virtual GPU.

Very few home users will purchase or build workstations based on a 96-core EPYC Milan because in spite of AMD's insane pricing, they're still very expensive for individual use. A company such as Eclipse Technologies that specializes in virtual workstations however could easily justify those costs by amortizing them over a number of subscribers.

With access to that level of hardware, paying for it only while using it, incurring none of the maintenance, installation, or upgrade costs, there's going to be even less of a need for large home systems.

In the 90s when I was studying computer science, it was standard practice to have one large server with a cluster of relatively anemic workstations. The servers tended to be headless and the workstations needed only to support X Windows, so they didn't even need to share much in common with the server other than the standardized protocol behind X Windows.

Now that the strongest push in personal computing is for less tethering, we're coming full circle. It won't be long until it's completely feasible to provision a virtual workstation on a cloud, wander out to a beach with an M1 MacBook Pro or a Zen3 powered Flow X13 and fire up Mistika on a remote workstation and color grade a feature film over 5G.