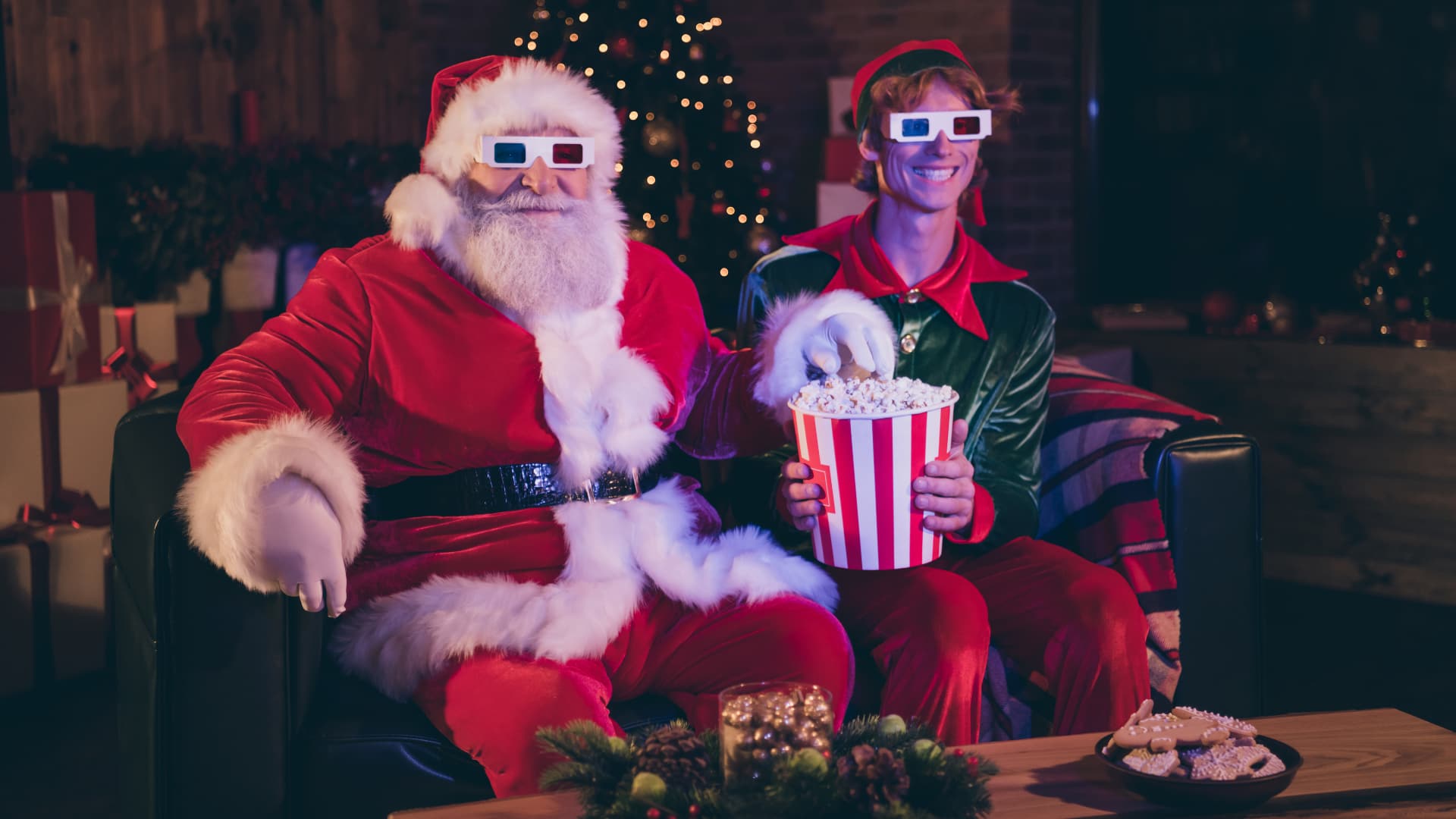 2 minute read
He probably still has an 8-track in that sleigh too. Pic: Shutterstock

As Die Hard proves, movies don't have to be about Christmas to be watched at Christmas. So, what is going to be the next big non-Christmas festive flick?

After decades of heated debate, it now seems that Die Hard is firmly cemented in place as a Christmas movie. When you can buy advent calendars that track Hans Gruber's fatal descent from Nakatomi Plaza then you know the deal is probably finally sealed.

(And here's a great piece talking about how they persuaded the much missed Alan Rickman to fall backwards 20 feet onto a blue pillow and then tracked him at 270fps with a specially developed rig to follow focus.)

So, what next? What other movie can we line up on opposite sides of a fake festive culture war fence and have a bit of a debate about? And what makes a Christmas movie well, a Christmas movie?

Stephen Follows has the answer. Stephen crunches numbers about the movie industry on his wildly entertaining website and usually comes up with some interesting data on a wide range of movie topics. Indeed he did seminal work on Die Hard, and proved beyond doubt that, though it didn't start off as one at all, it now definitely is a Christmas movie.

To get to that conclusion he weighed up the indicators of overall Christmassiness in three categories: artistic, commercial and cultural. Now some movies are obviously all about Christmas and therefore are automatically excluded. You're not going to get very far having a debate about whether Elf is or is not a Christmas flick. What he was interested in with Die Hard was that it was released in July but had just enough Christmas content in that people started to watch it over the festive period. And then, over the course of the decades, the Christmas miracle happens...

Analysis of public lists made by IMDb users shows that Home Alone is currently the definitive Christmas movie. But that's always actually been about Christmas, so what if you look at the movement in these lists over time? That yields a few interesting facts. First that Home Alone's appearance on Christmas-themed lists grew 10.4% between 2018 and 2019 while, in the same period Die Hard 's grew by 15.7%. If that trend continues, Die Hard will overtake Home Alone in time for Christmas 2036 and be crowned the undisputed King of all Things Christmas.

Second is that Everybody's Fine, a 2009 family drama starring Robert De Niro, Kate Beckinsale, Drew Barrymore, and Sam Rockwell looks to be the film currently undergoing the most amount of holiday-themed Christmassification via the IMDb analysis. However, when you cross reference that with Wikipedia page views, you see that it also has a big spike in April. That's when Easter occurred in 2019, suggesting that the film has a broader appeal re family gatherings perhaps than anything specifically tied in with Yuletide.

So, what can we argue about next? Mining the Wikipedia data does throw up two big candidates for a spike in Christmas interest, which Follows reckons could go on to become the Die Hard debate for a new generation. One is When Harry Met Sally, the second (and his favourite candidate for festive anointment) is John Hughes' Uncle Buck. It's an easy to watch light comedy, has Christmas themes, is nostalgic for many adults, and seems to be gathering momentum. On the other hand, it's also got a few problematic moments for modern audiences and, how to put this, wasn't actually that good.

Have a look at all his research here. It's a fun read and his website is constantly fascinating. He only got one thing wrong. He ignored Gremlins.