We really need to talk about ND 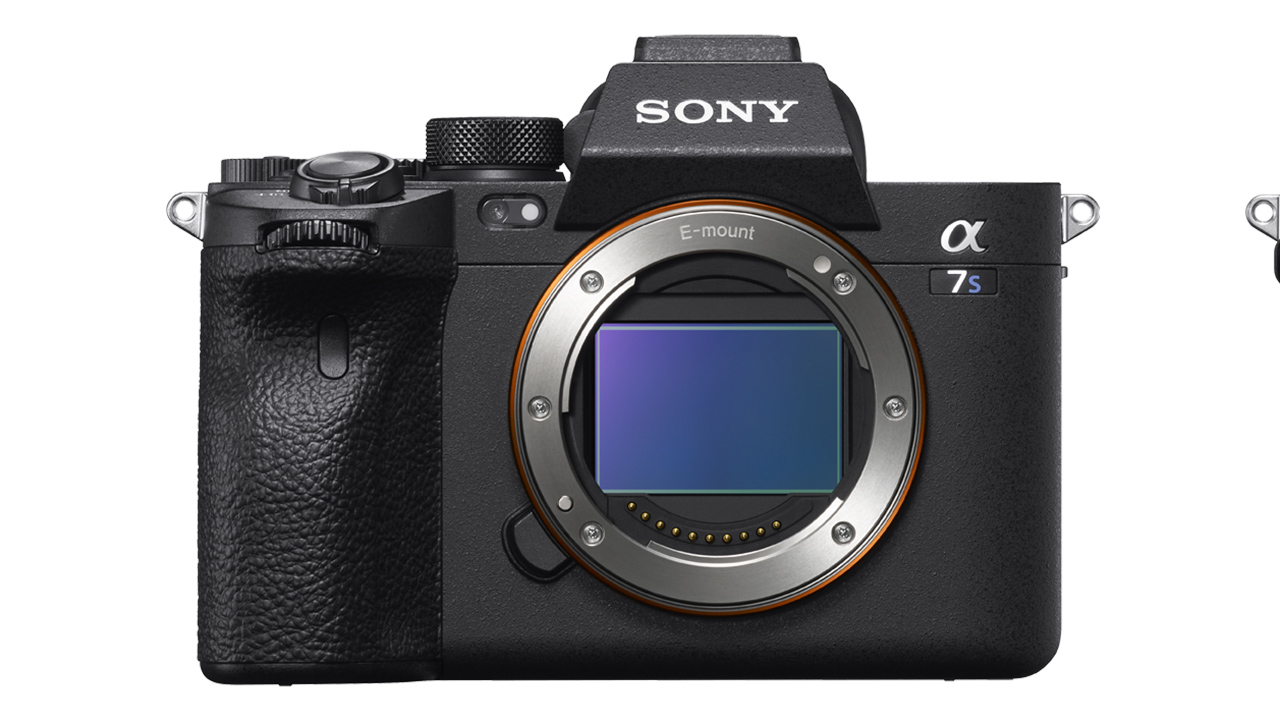 An ND filter is an absolutely essential filter for video. So much so that you cannot film effectively without one. So why do we still have to add them as an accessory on mirrorless cameras?

"Real" video cameras have ND filters built in of course, but whilst the stalwarts out there still cling to the notion that video capable mirrorless cameras aren't "real" video cameras, I'm afraid they are very wrong.

Today, if you are filming at the lower end of things, and by that I mean everything from low level corporate through to micro-budget films, then it is more likely than not that you are using a mirrorless camera. If you do then you are missing one super essential built in function that almost all traditional video cameras come with, an ND filter wheel.

One of the first things that any mirrorless camera owner purchases is either a set of NDs, which are a pain to swap over all the time, or a variable ND, which for the highest quality versions have restricted light cutting abilities, meaning that you'll need two versions to cope with most situations.

The obvious refrain that I expect is to just avoid mirrorless cameras and get a small camcorder instead. But this isn't practical in many cases. Most camcorder options don't have the large chip options that you get from modern mirrorless cameras, and can be limited in capability in comparison generally. This also doesn't account for those who want or need a camera that can do double duty for stills as well. 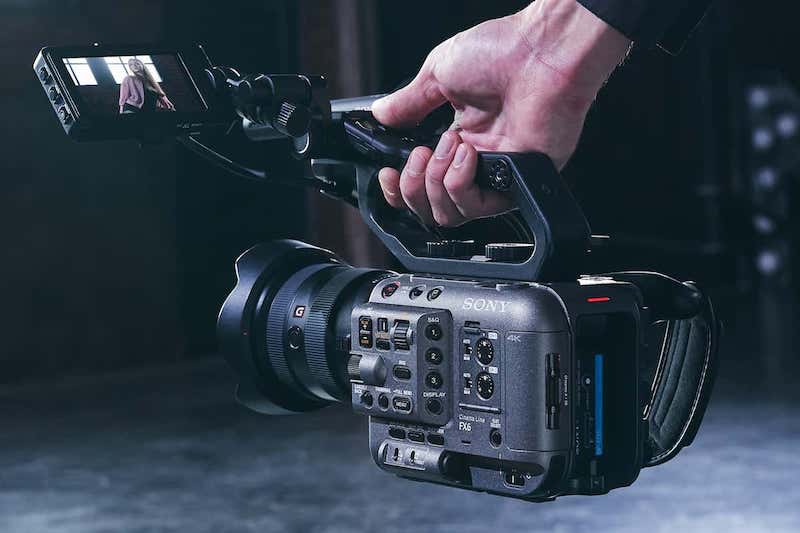 The E-Mount Sony FX6 has an E-ND system. Why isn't it on mirrorless cameras as well? Image: Sony.

Given the popularity of mirrorless cameras for video, and the fact that a sizeable portion of them are being bought with the sole intention of creating video, it is a mystery as to why some form of ND filter hasn't made its way into them.

Sony has an electronic ND system on camcorders like the FX6, and it works amazingly well. The filter can be set to pretty much any setting you like. It's so smooth that you can set the exact f/stop you want and then control exposure using the E-ND without changing your DOF characteristics. It really should be on every camera, but it isn't. Why?

Well, some cite patents, however Z-Cam has put its own version of the E-ND onto its higher end E2 range in the form of an adapter. Okay, this is an extra accessory, but what's important here is that firstly it's a highly versatile E-ND with none of the side effects of traditional physical variable-ND filters, and secondly it's behind the lens, which means it stays in situ when you change glass.

You could also say that they don't appear on mirrorless cameras because of the lens mount. However this too doesn't bear scrutiny because both the FX6 and the Sony αlpha mirrorless series take E-Mount lenses. Same lens mount, same glass, but one has E-ND and the other doesn't. 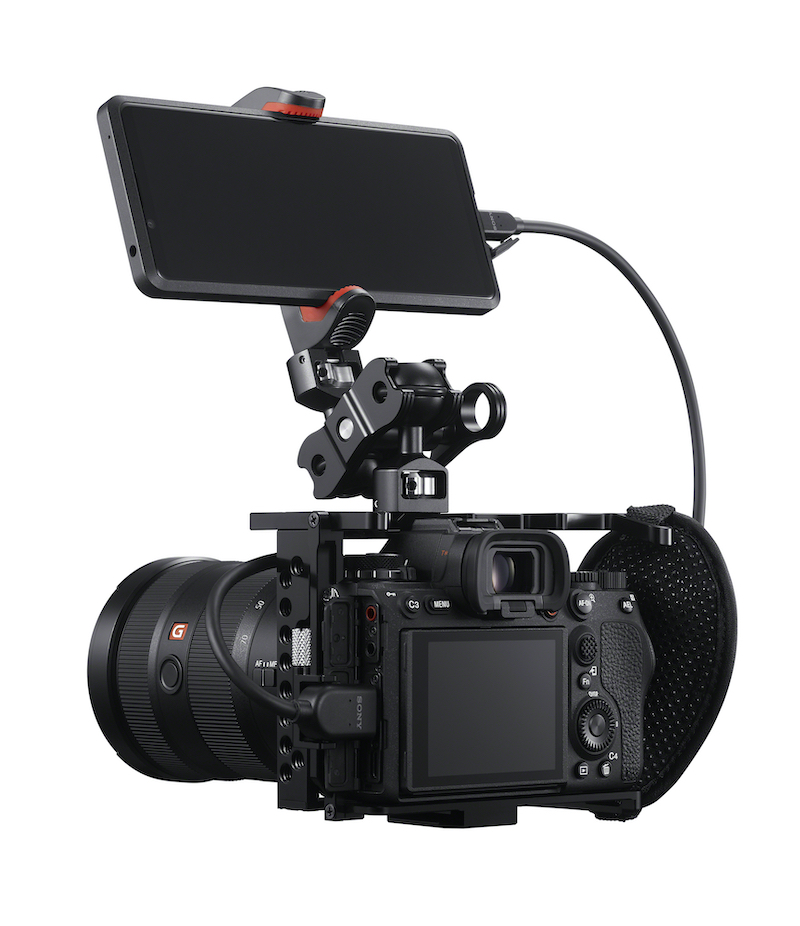 The newly announced Sony A1 costs £6500. An E-ND would have been a great inclusion. Image: Sony.

Now, it could also be said that the reason why mirrorless cameras don't have a form of E-ND is because companies want to protect their different lines of cameras. There could be some ring of truth here, but again closer examination shows that it doesn't make much sense. After all, if Sony put its E-ND into an αlpha mirrorless device, it would be a sure fire bet that it would become the go-to camera of its type for video use, assuming its other specifications were competitive.

You could also argue that stills photographers will object to paying for something that they don't use. However there again this doesn't bear scrutiny because stills photographers also have a need for ND in situations where they need a slow shutter in bright sunshine. The E-ND doesn't affect image quality, so there's not much reason not to have it.

It's time for mirrorless to grow up

Don't forget that mirrorless cameras are also used as B-cams and C-cams on shoots alongside their bigger bretheren. Having built-in ND would make things so much easier and faster to work with that I am staggered that in 2021, more than 10 years after the DSLR revolution began, that we still don't have some for of built-in ND system in cameras that, after all, are often designed with video as a prominent, if not primary feature.

This needs to change. Mirrorless cameras need to stop being hobbled and be allowed to fulfil more of their promise for the purpose many of them were designed for.

PolarPro Streak filters: Give your footage the anamorphic look without the lenses