Ultravioletto's Neural Mirror is literally a ghost in the machine! 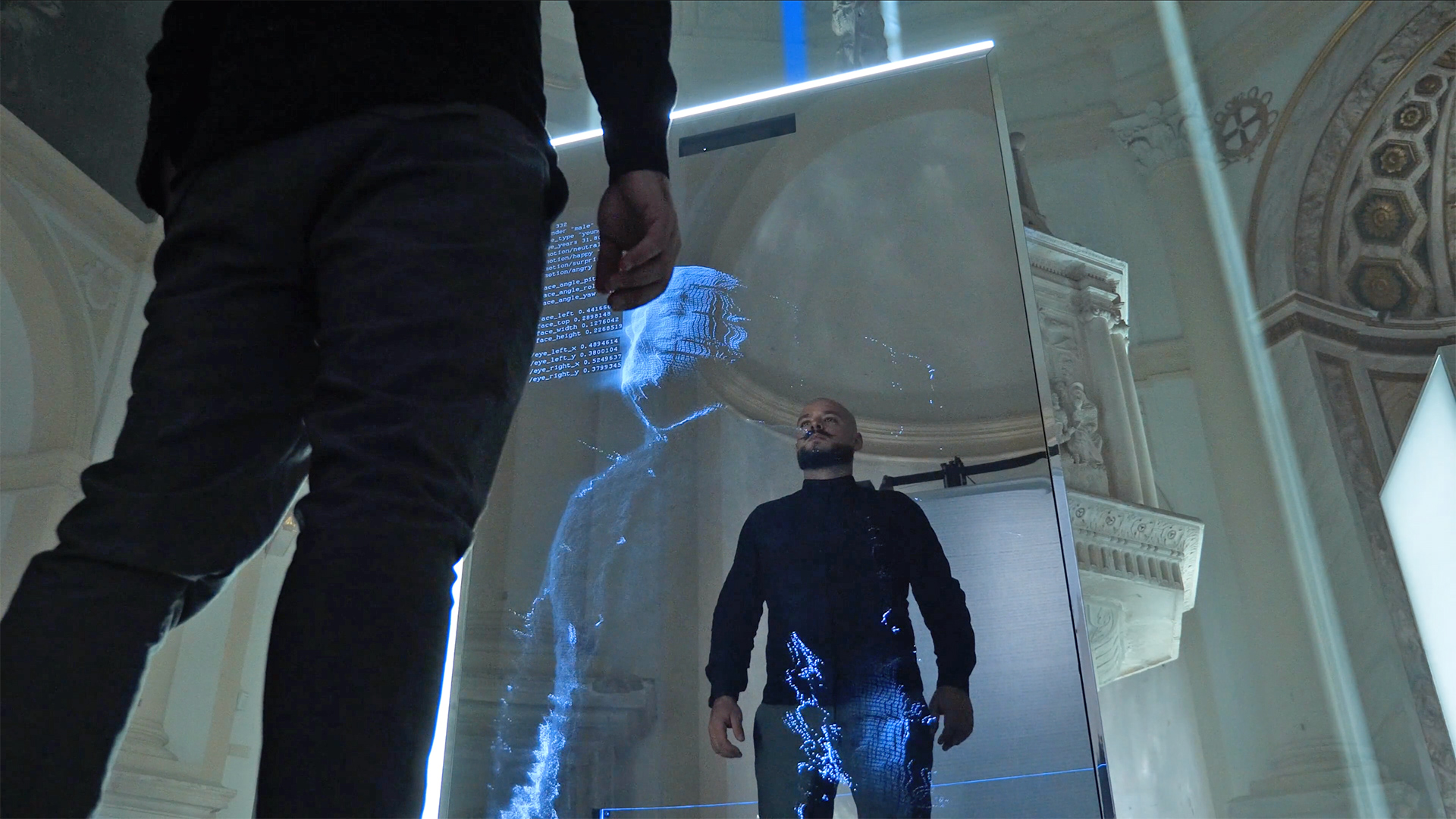 The falling green code which opens all The Matrix movies represents the encoded activity of the virtual reality environment (aka the Matrix). An earlier version of digital rain, to which the Wachowskis’ paid homage, is the 1995 manga classic Ghost in the Shell. The idea has now been given a fresh twist as an art exhibit and it’s arguably more sinister, less sci-fi than ever.

Rome-based design studio Ultravioletto has built a mirror that uses AI and facial recognition software to create a ghostly anime of your digital self.

Stand in front of the Neural Mirror (an OLED panel with a reflective coating and a depth camera) and it scans your presence, then decodes what it can decipher about your likely gender, age, ethnicity and emotional state. The viewer is then presented with a strange three-dimensional interpretation of themselves formed from point clouds on the screen.

As you move your body, face and hands, the data doppelganger moves along with you. The programme’s own AI decides in what shapes and colours to compose the image, based on the captured data.

“The whole experience should be analysed as a data stream that flows between myself and my analogue reflection,” Ultravioletto’s art director Bruno Capezzuoli told Dezeen.

The installation includes a machine that prints the collected information as strings of JSON code onto a giant roll of paper.

In The Matrix, of course, Neo is fighting for humanity against the power of the AI-ruled system personified by Agent Smith. Our very essence as human beings is at stake if we submit our free will and our innermost thoughts (the ghost or soul) to the machine.

To underline the message that we should all contemplate how our very personal information is already no longer ours but a creature of Zuckerberg, Bezos and Page and Brin, Ultravioletto put the Mirror on display at a former church in Spoleto, an ancient city in Perugia.

“Artificial intelligence extracts all of our behaviours in a shady way then transforms them into a form of wealth for corporations,” Capezzuoli says.

Too right. It’s almost enough to make you believe in The One, provided you’ve not taken the blue pill first.