RED & Facebook unveil the Manifold: is this the ultimate high-end VR camera? 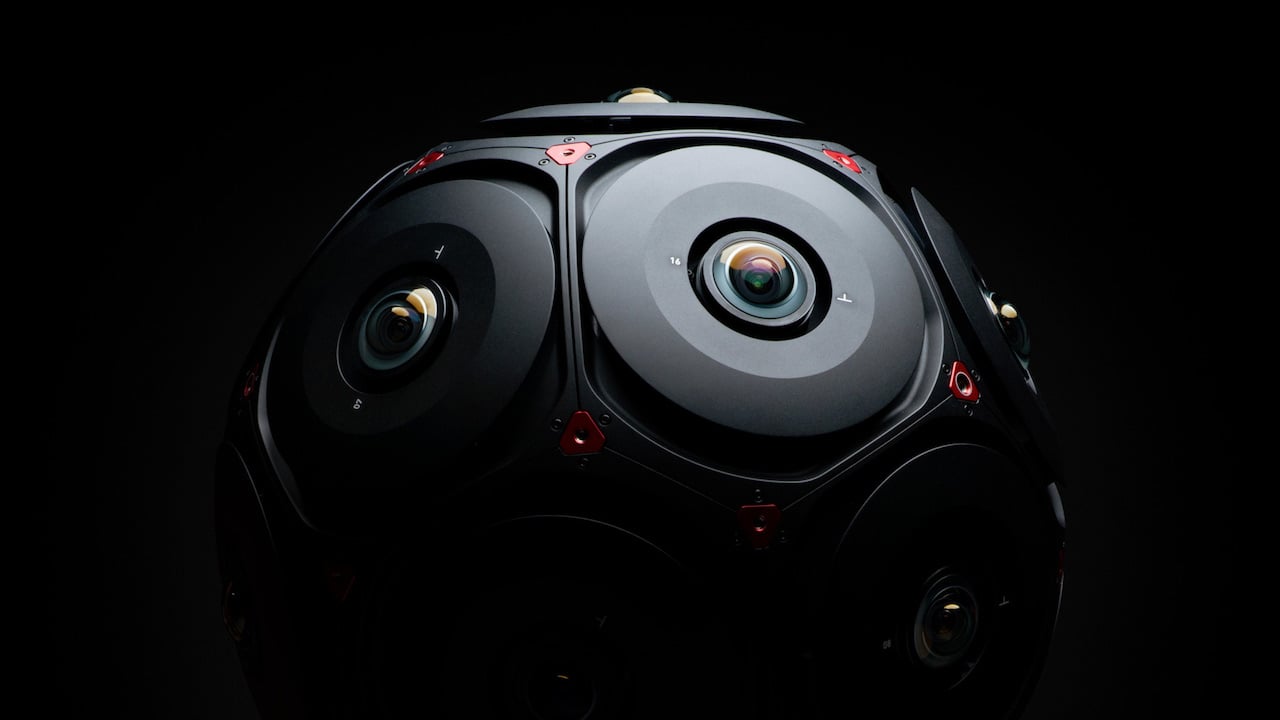 The manifold keeps with the usual RED industrial design ethos

As far as high end specs go, everyone else might struggle to beat the concept of 16 8K Helium sensors arrayed together in a single rig…

Facebook first announced it was working with RED in May, saying it was looking to realise the next phase of its high-end VR camera prototypes and thus was setting out to find a camera manufacturer that was known for uncompromising image quality and cinematographic acumen.

And all that in turn, and in a remarkably short space of time all things considered, has led to the first prototype shots of the Manifold.

It operates like any other VR camera in that the 16 images are stitched together by post processing software, in this case supplied by a partner company team of Adobe, Foundry, and OTOY. It’s just that with the Manifold those images are being supplied by 16 Helium 8K sensors running at 60fps rather than, say, 16 GoPros lashed together in a bundle. Seriously, in terms of VR image quality this thing is absolutely out there.

What will be intriguing is how it all combines with Facebook’s depth estimation technology too. This captures 3D information from any object in a scene, resulting in a large amount of volumetric detail and movement and making it an ideal production platform for integrating CG elements into the final video.

The Manifold uses custom Schneider 8mm, F4.0, 180 degree fish eye lenses and gets its power from a single SMPTE 304M cable, which also supplies control and carries the (large amount of) data. The CCU and storage can be located up to 100 meters from the camera head itself, while it also features 5, 12g SDI outputs for monitoring and third party stitch processing. Facebook and RED also promise multiple third party storage device choices that will provide one hour or more of record time.

There’s an SDK provided for post processing so people have flexibility on their post-shoot workflows, while accessories include ND filters and quick release handles for manoeuvring and setup.

It is, frankly, an absolute beast of a machine, which perhaps makes it all the more surprising that according to Facebook it is being aimed at a commercial release. No word yet on either availability or pricing, though with 16 Helium sensors alone at its core it certainly ain’t going to be cheap. And neither, you feel, will be the headsets that can extract the most out of the incredibly immersive images it will be able to produce.