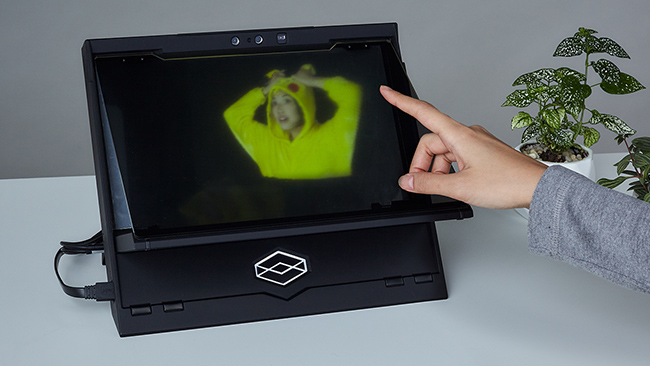 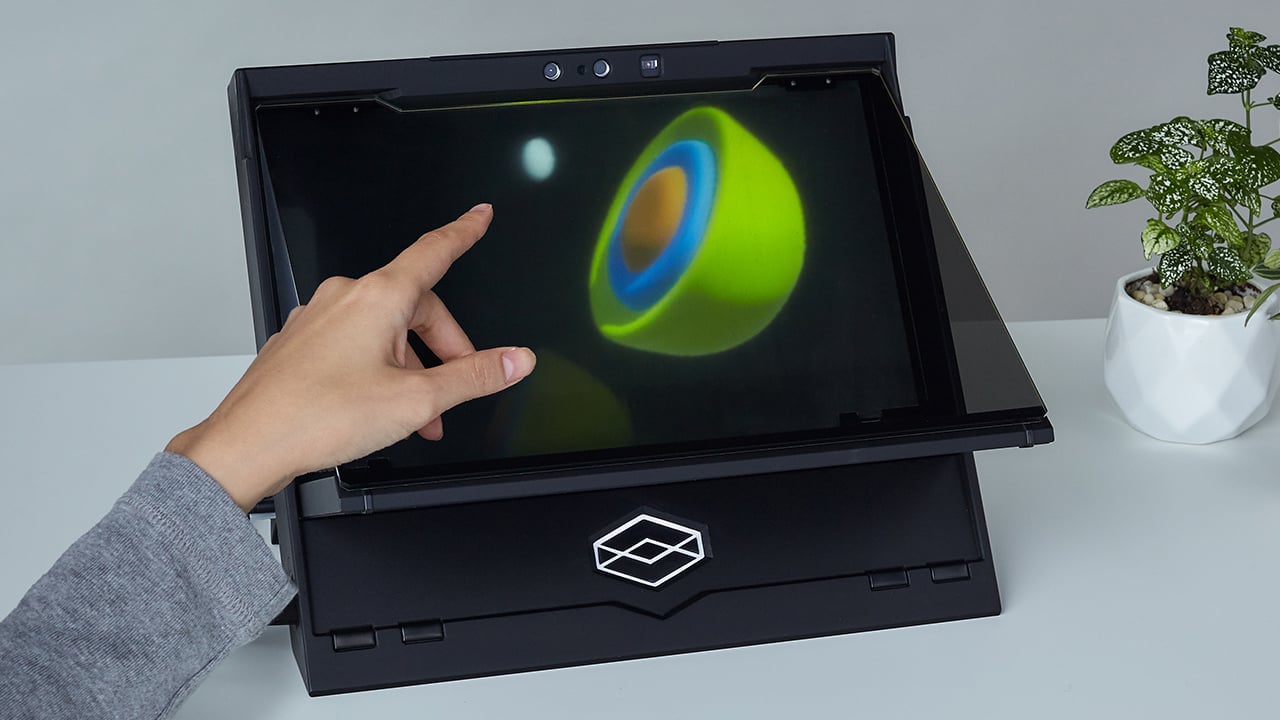 The cinema dream of the hologram promised in Star Wars, Iron Man, and Minority Report is being chased hard by numerous developers – among them Lightfield Labs and Leia Inc.

There are two attributes that, for most people, are at the core of the holographic dream: floating 3D scenes that groups of people can interact with and not having to wear AR/VR headgear or 3D glasses.

These are the guiding principles behind developments at Looking Glass which may just have a leap on them all.

Co-founder and CEO Shawn Frayne and his team have been working since 2013 on a technique that “blends the best of volumetric rendering and light field projection.”

It has released what it claims is the world’s first interactive light field development kit – HoloPlayer One. 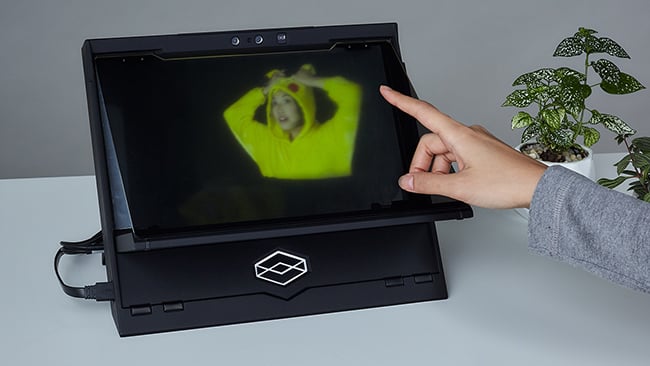 It's early days, and the image is a little blurry, but the HoloPlayer One is an interactive holographic display available right now

The HoloPlayer One uses a two-stage optical system at the heart of which is an LCD screen that sends 32 views of a given scene towards their designated directions simultaneously. This creates a field of light, “which a scene that occupies the same physical volume would have given out”.

The field of light is then retro-reflected to form a real image outside of the HoloPlayer One, allowing the scene to literally exist in mid-air.

Looking Glass says that since the 32 views are “sitting there waiting to be viewed”, the latency issues commonly experienced in eye-tracking 3D display systems are eliminated. Being a light field display also makes the HoloPlayer One system suitable for multiple viewers.

Audiences within a 50-degree view cone will be able to see the same “aerialised” scene at the same time without the need for any head-mounted devices.

On the sensor side, the HoloPlayer One system is equipped with the Intel RealSense SR300 depth camera. This allows users to interact with the scene by grabbing, pinching, touching, swiping…  just as anyone could do with an actual object floating in midair.

Except there is no real object there, just photons. 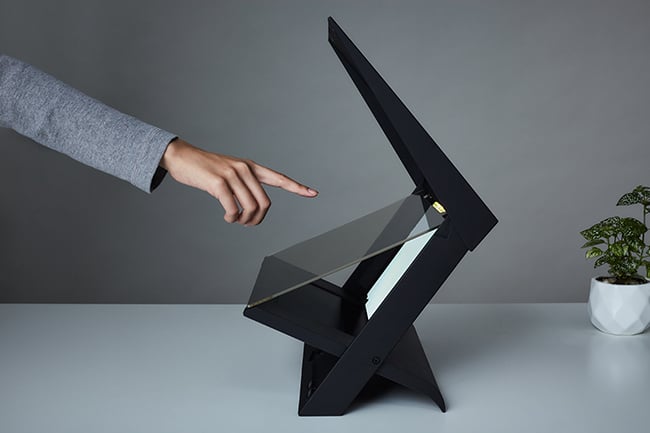 The HoloPlayer One holographic display

It’s available now in a U$750 developer version which works on a PC or MacBook Pro, but you’ll get better results with a dedicated GPU. There’s also a U$3000 premium edition which includes the Development Edition hardware with a built-in PC so you can just plug it in and start interacting with holograms, no laptop needed.

Dozens of sample applications – ready to download to your HoloPlayer – have been built, ranging from HoloBrush (kind of like Tiltbrush, but without VR/AR headgear) to HoloSculpt (a way to sculpt and 3D print a digital piece of spinning clay) and games like 3D Asteroids. HoloDancer is a kind of impossible cabinet of curiosities. The system has also been used to rig a 3D digital character directly in real 3D space and to create experimental 3D ultrasound imagers and even more experimental versions of a ‘Holocommunicator’ video programme.

This could be just the tip of the iceberg of what’s possible with this fundamentally new interface. There are more experimental applications bubbling up on the site’s user Forum.

That said, the HoloPlayer One isn’t a plug-and-play product and is more like the first generation of personal computers or 3D printers, designed for very early adopters.

“When your finger touches, say, the tip of an X-Wing, your finger is actually coinciding with the digital 3D tip of that X-Wing in real space,” claims Frayne.

If you still feel the floating image in HoloPlayer One is a little blurry, the company is working on something a little crisper. This is an experimental system called Super Pepper and it’s a close cousin of HoloPlayer One. Unlike HoloPlayer One, the image does not float above the glass, but behind it so that it can augment 3D physical objects. The Super Pepper uses a larger 4K super-stereoscopic screen (similar to what’s in the base of HoloPlayer One but roughly twice as large) to generate its moving 3D scenes. All software that runs in Holoplayers can run in the Super Pepper, including the HoloPlay Unity SDK.

The company has also innovated a series of displays. Debuted a couple of weeks ago was a 3-inch thick clear Lucite (acrylic) block that appears to have a 3D interactive object floating inside of it in front of a black rear panel. The firm is also preparing an 8.6-inch diagonal and a 15.9-inch diagonal screen for sale at around U$600 and U$3,000, respectively.

Having the image float above the glass means you can use your bare hands to interact directly with the 3D content and feels a step closer to the full dream of the holographic interface we’ve been promised by decades of sci-fi movies.