Adobe swoops for SkyBox to ramp up 360 toolset 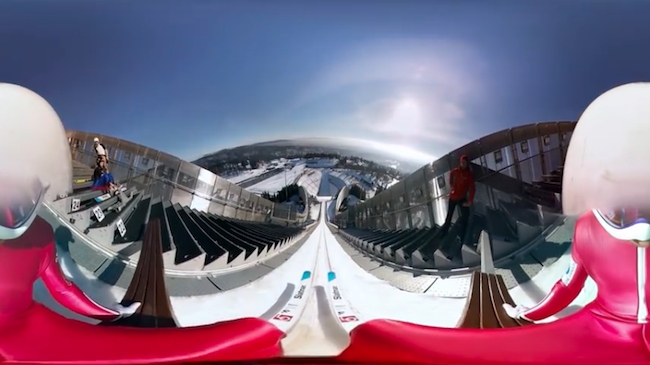 NRK's slightly terrifying ski-jumping video: just one of the projects put together with SkyBox

While 360-degree video and VR wait to set the consumer market on fire, software companies are positioning themselves for the uptick, with Adobe’s acquisition of Mettle’s SkyBox tools the latest move.

The Skybox toolset was designed exclusively for post work in Adobe Premiere Pro CC and Adobe After Effects CC, and, as Adobe puts it, complements the company’s existing 360/VR cinematic production technology.

SkyBox plugin functionality will be integrated natively into future releases of Premiere Pro and After Effects, while Mettle co-founder, Chris Bobotis, will be integrated into top level Adobe management, and becomes director, professional video at Adobe.

Mettle has got a decent history of working with Adobe that stretches back to the release of Freeform for After Effects back in 2010. SkyBox itself, meanwhile, is a couple of years old now and was the first plugin to be powered by Mettle’s 3DNAE, a proprietary, hardware-accelerated, 3D engine. The Montreal developer followed its initial success with the further development of 360/VR plugins for Premiere Pro and After Effects and has a decent list of clients using it all that name-checks everyone from The New York Times and HBO through to Google, Apple, Facebook and more.

The complete suite of tools retailed for $499 too, so that’s a fairly expensive range of functionality to find folded into future releases of Adobe video products. According to Adobe’s blog post on the subject timeframe for that is by the end of the year, while current Adobe Creative Cloud paid subscribers can get immediate access to the plug-ins straight away by sending an email including their Adobe ID to dvaplugin@adobe.com. Existing SkyBox customers will continue to have the same contact and support process through Mettle.