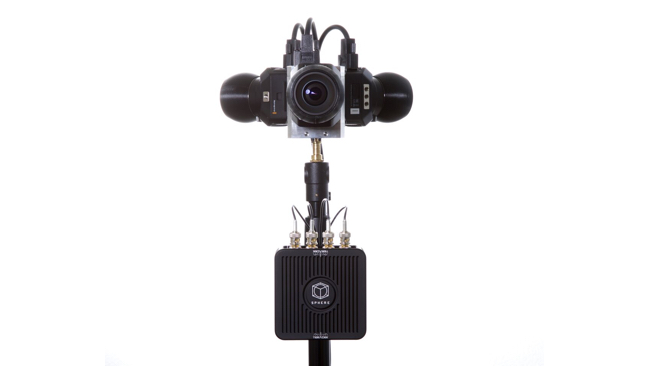 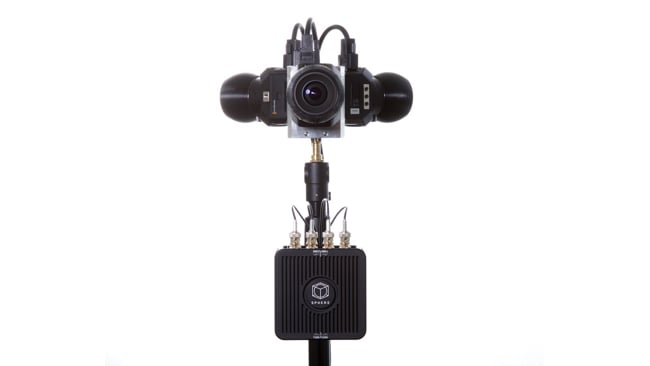 With 360-degree video starting to gain momentum, new on-set tools are going to be required. Until now creating 360 video requires a bit of guesswork as to the final result. Needless to say that creating such video is fraught with potential problems to trip things up, such as errant cameras, lighting equipment, or even crew in shot. In a controlled environment, lighting for 360 makes the same process with Steadicam look easy!

As a result of this new sector of production tools, Teradek has announced the Sphere SDI, a device that promises to solve such monitoring issues. Advancing on the previous HDMI model, the SDI version utilises a quad HD feed to enable live streaming or monitoring of 360 VR content.

Although the device is 4-channel capable, an additional Sphere can be attached to enable feeds from 360 rigs with more cameras.

Accessibility appears high on the deck of cards that Teradek is playing. iOS integration means that VR content can be viewed by using a iOS device, so that the full finished 360 view can be seen in realtime. While this is likely to be a popular viewing mode, other projections are available to allow the streams to be seen as one image, for more straightforward troubleshooting. Other modes include Panoramic and Little Planet. The latter is a little gimmicky, but hey, why not?!

Price for the Sphere SDI runs to $3990 for the device itself, and another $1000 gets you a live streaming license. The Sphere SDI will be available in October.

Sphere SDI is built on the same platform as the popular Sphere HDMI encoder, which was first displayed at NAB 2016. At its core, Sphere operates as a wireless monitoring solution for 360º camera rigs, which allows content creators to view their live footage on iPads from areas out of view of what is being shot. Since Sphere utilizes the processing power of iPads for live stitching several camera feeds together, production crews can be far more mobile than PC-based systems.

Like Sphere HDMI, the SDI model is also capable of streaming to any compatible 360º online video platform, such as YouTube or Wowza-based offerings. For rigs that consist of 5 to 8 cameras, a second Sphere can be attached via an Ethernet cable to expand connectivity.

Rectilinear: Allows you to explore your live 360º content as if you were wearing a VR headset. Move the iPad around you to visualize the experience you are creating for your audience.

Panoramic: Display your live 360º footage as a single panoramic image.

Little Planet: Turn you 360º content into a stereographic projection, allowing you to view it as if it were a tiny planet.

Also included with Sphere’s unique iOS software is a re-streaming feature that allows several iPhone users on set to interact with the 360º content in real-time, providing a unique experience for clients that wish to see what the final product will look like.

Sphere SDI will begin shipping October 2016 for $3990. For an additional $1000, a live streaming license will be installed on the device.