What does GoPro do next? How about its own quadcopter and a VR array...[updated] 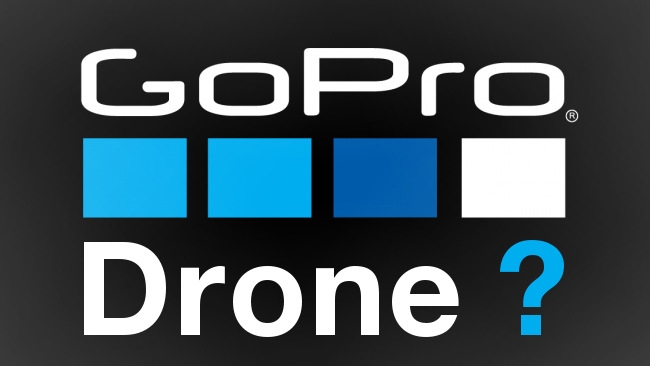 GoPro has confirmed that the company is developing a drone of its own. Plus, a new six camera array may be just the thing for your next (virtual reality) production. And there's a new lower-end camera as well.

The industry has been rife with rumours for the past year regarding an apparent plan by GoPro to release a multi-rotor craft of its own.

GoPros have become ubiquitous additions to many UAVs, such as the DJI Phantom. In fact, at one time, both DJI and GoPro were set to make a deal and collaborate, but this fell through due to differences between DJI’s chief founder, Frank Wang, and the head of DJI North America, Colin Guinn. Guinn went on to work for one of DJI’s closest rivals, 3D Robotics, which has now produced the Solo, a quadcopter that has been developed in close cooperation with GoPro to access the camera's deep functionality from within the control system.

However, in a recent interview, GoPro CEO Nick Woodman announced that it is now official that GoPro wishes to develop its own system. Perhaps, it isn’t surprising that GoPro would want to release its own UAV. There is a lot of scope to provide tough competition to DJI, who is the current market leader, as well as offering many potential possibilities regarding add-ons.

Of course, the final form of this GoPro device is unknown. It's within the realm of possibility that GoPro will base its flight controller on the 3D Robotics Pix Hawk system, given the close ties between the companies.

As always with such devices, there remains the question of legal use. With the CAA now clamping down hard in the UK on illegal commercial fliers, the kind of popularity that comes with GoPro’s products could be problematic, especially if the company opts for fully autonomous functionality for consumer friendliness.

It would seem logical that anything that GoPro produces will be focused on making the device as user-friendly as possible and, more than likely, as compact as possible.

This is certainly a development that many in the industry will be keeping a very close eye on and may well give DJI a few sleepless nights! 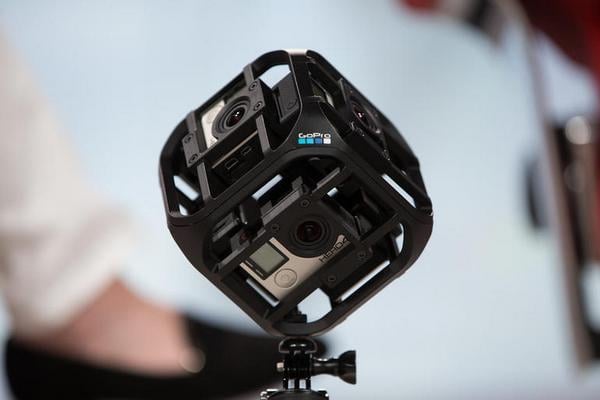 In addition to the quadcopter, GoPro has also announced a new Six-Camera Spherical Array mount following their acquisition of Kolor. The Array in combination with software will stick together a 6K spherical image that can be used with virtual reality (VR) capable viewers such as the YouTube 360 degree player in Google Chrome and headsets such as Oculus Rift and Microsoft HoloLens.

The device is aimed at the professional end of the market, although GoPro says that a more consumer focused version of the device will follow later on.

360 VR video is becoming ever more popular; GoPro's involvement will only mean that the market becomes larger as demand increases. The big question is whether GoPro is refocusing from its initial aim of being a 'media company that produces hardware' to an equally hardware and software focused company.

And just to reassure people that camera development will continue, the company has launched the Hero+ LCD; a $299 model that plugs neatly into a $100 gap in the Hero range and features an LCD touchscreen on the back. It can shoot 1080p60 and take 8MP photos and is waterproof to around 40m, and has built in WiFi and Bluetooth. The new unit should be available from this weekend.