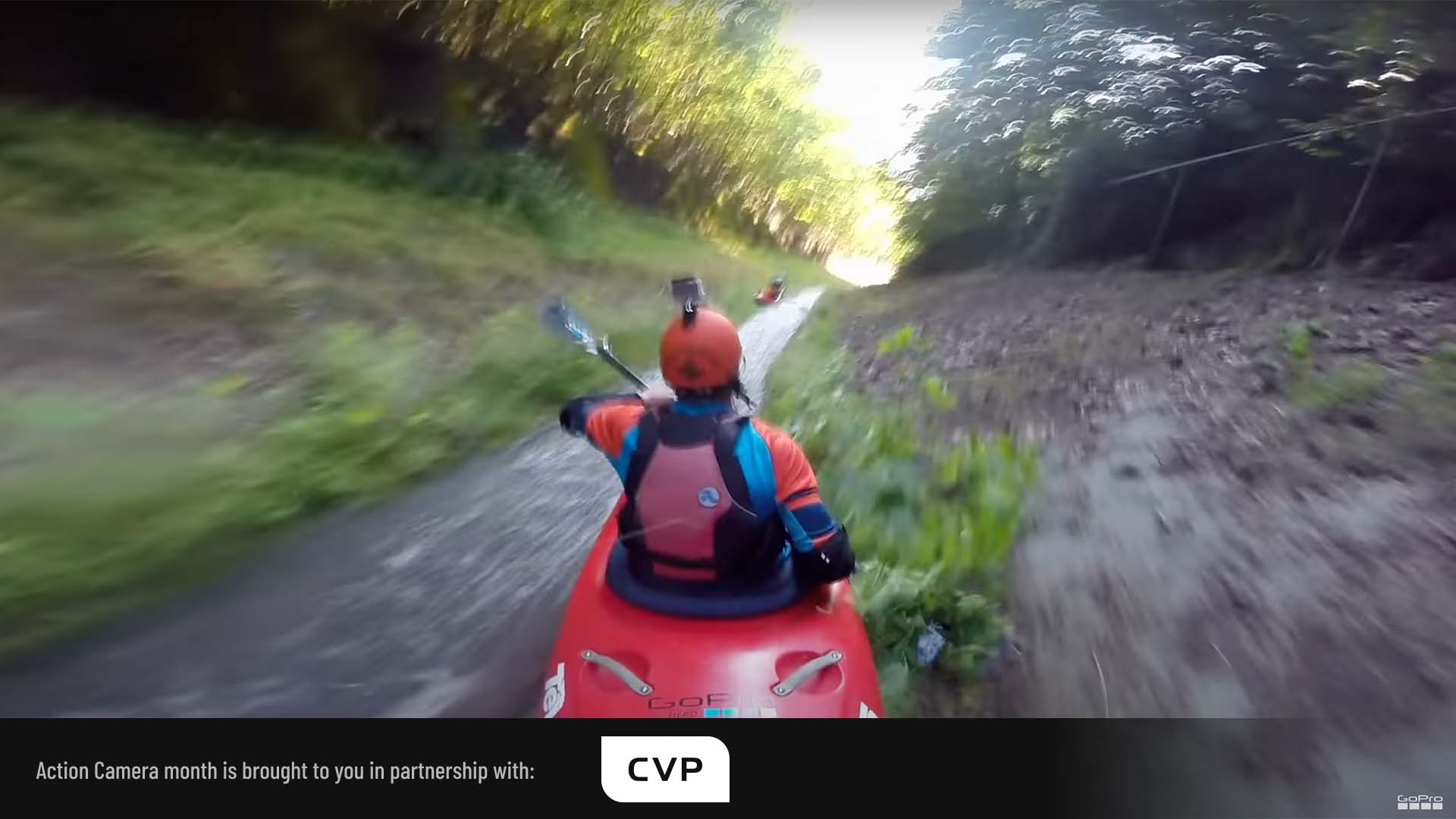 Today's top ten coolest action camera video is one of the most famous GoPro viral videos ever made. Copied many times, this is the original.

When Rush Sturges and Benny Marr decided to 'seal launch' their kayaks down a drainage ditch in Lions Bay, British Columbia in 2013, it was just a bit of fun in between real white water descents. The idea was simple, slide down the 800m descent at speeds of up to 45mph and see what happens at the bottom. Actually, they didn't realise they'd be going at 45mph.

Shot on a GoPro HERO 3+ Black, this is effectively vintage action cam, but the stunt is no less spectacular for it. It's worth noting that kayakers like Benny Marr and Rush Sturges know what they are doing: They are two of the most capable kayakers in the world and a slide like this is actually much less dangerous than the typical class 5 slides they would do on many natural white water rivers.

I once spoke with Benny about the video and the two kayakers are still amazed that it went as viral as it did. Marr found it pretty funny since many of their most impressive white water expedition videos and spectacular first descents of rivers usually got a fraction of the views that this one did, and for a while it was all he got recognised for. A descent of this ditch has now become almost a right of passage for any kayakers passing the area. Enjoy the madness.